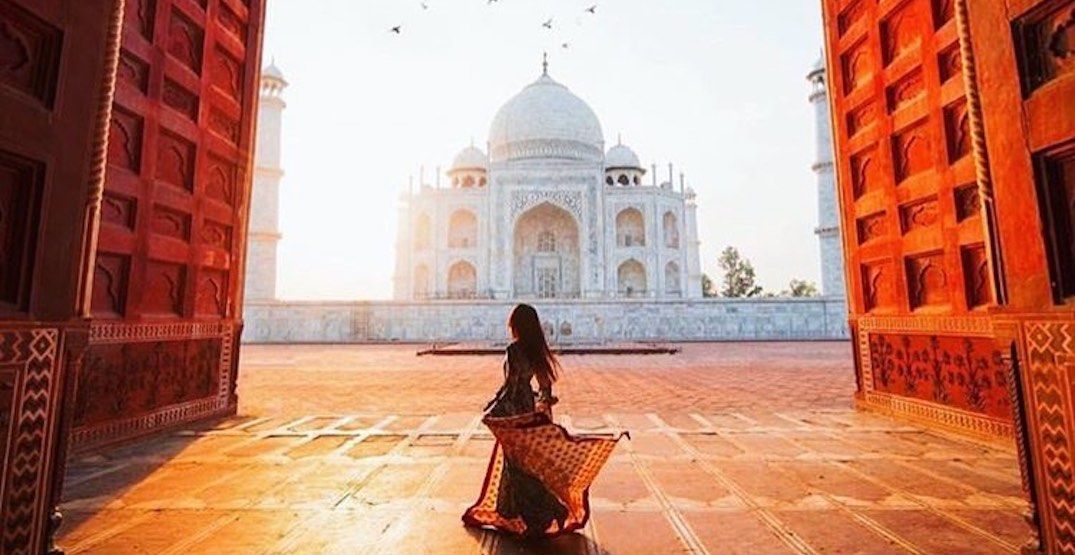 If you’re the type of visitor who likes to take your time, think twice before you visit the Taj Mahal. Contrary to influencer photos, the Taj Mahal is often a busy attraction. And we mean busy. In an effort to manage surging crowds, Taj Mahal officials are now charging tourists who overstay their welcome.

As of this month, 14 turnstile gates have been installed at the UNESCO World Heritage monument to enforce the new 3-hour time restriction. These new Taj Mahal restrictions aim to reduce the number of visitors at the grand monument at a given time.

Superintending Archaeologist Vasant Swarakar told The Times of India, “If tourists exceed their time limit of three hours, they will be charged an extra amount equivalent to the ticket, which will have to be paid at the exit gate.”

This time limit is not the first measure taken by Taj Mahal authorities. Last year, they raised entry fees dramatically to manage the number of local visitors.

While the Taj Mahal attracts its fair share of international visitors, it is also a highly popular destination amongst Indian tourists, especially during national holidays. Of the seven to eight million annual visitors, less than a million come from overseas, according to the official Taj Mahal website.

Taj Mahal authorities have set a limit to 40,000 Indian visitors per day, as reported by the Times of India. Tickets for foreign visitors (which cost Rs. 1,100 as compared to Rs. 50 for locals) continue to be available in unlimited supply. Indian travellers beyond the 40,000 limit can still enter the site on the day if they buy their tickets at the higher foreign price.

It seems that visitors will also be subject to a schedule, with time slotted for either the morning or the afternoon. Swarakar also told The Times of India, “Entry time will also be enforced and if tourists don’t arrive at the slotted time, they will not be allowed entry and will have to buy a new ticket.”

Combined, these new Taj Mahal restrictions aim to create a more manageable flow on the premises. In addition to being more pleasurable for visitors, they add a degree of safety and prevent what the Times of India called “stampede-like situations.”

The same article also reports that a study commissioned in 2012 also reported that mass tourism was stressing the foundations of the 17th-century architecture. The new three-hour policy aligns with efforts to ensure the longevity of the structure.

Other world-renowned sites have made similar adjustments to factor in massive crowds. For example, the Government of Peru has implemented new restrictions in Machu Picchu to manage the impacts that millions of tourists will undoubtedly have on the site over time.

The increasing level of control at World Wonders such as these may be frustrating to some. However, one should consider whether three hours at the Taj Mahal with noticeably more room to wander, roam, and enjoy the attraction will lead to a “better” experience than packing in like sardines for an unlimited amount of time

In any case, three hours should be ample time for a magical visit. There are also other ways to enjoy the Taj Mahal from outside its gates after the three-hour time limit is up, including vantage points from the Saniya Palace rooftop and the Mehtab Bagh gardens.

Been to the Taj Mahal? Will three hours suffice? Let us know in the comments.