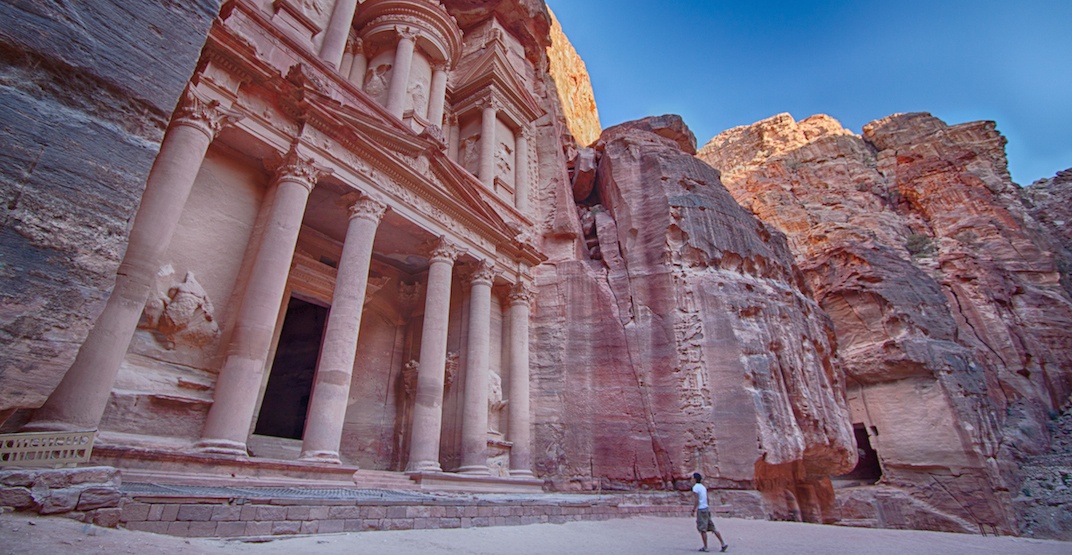 Many have heard of the Seven (ancient) Wonders of the World, but of those ancient works of art and architecture, only the Great Pyramid of Giza is left still standing today.

The other original Wonders of the World did not withstand the tests of time, and were destroyed either by human hands or natural disasters.

In 2007, however, the New 7 World Wonders were elected by hundreds of millions of votes from all around the world through the ‘New 7 Wonders of the World Campaign.’ The purpose of which was to name seven new locations around the world for travellers to add to their bucket lists.

More than 90 million votes were cast for over 21 sites around the world, according to CNN.

Daily Hive reader Shuo Huang has seen all seven of the New Wonders and has ranked them to help form a guide for your future world travels. 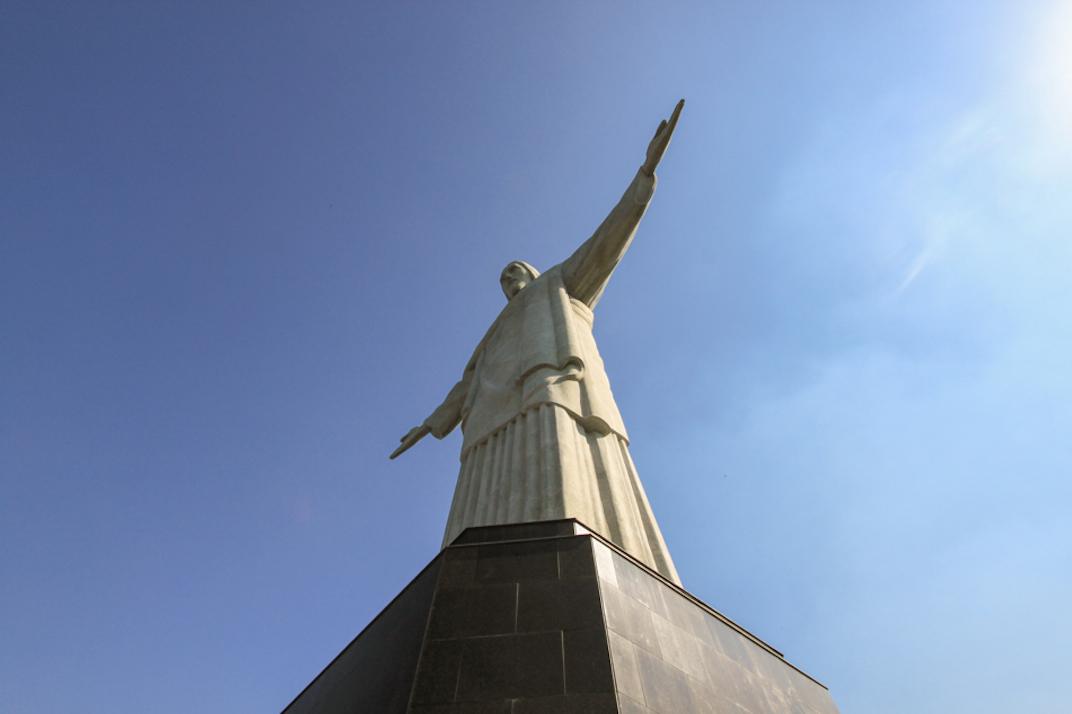 Christ the Redeemer is as iconic to Rio, as the Eiffel Tower is to Paris. The statue of Jesus Christ stands majestically on top of the summit of Mount Corcovado.

Although the statue itself is indeed a stunning sight, it overlooks Guanabara bay, which in itself is something to marvel at. If you stand on top of Sugarloaf Mountain, you can see the sculpture overlooking beaches, lagoons, and mountains unravelling into the horizon during sunset.

The statue comes in at number seven due to its height, which at 30 metres tall may be underwhelming to some — especially given the process to get there, which includes line ups, tickets, and throngs of crowds. It was also only built in 1931, which doesn’t exude the same type of historical significance attached to some of the other Wonders on this list. Due to this tough competition, Christ the Redeemer is at the bottom of our ranking. 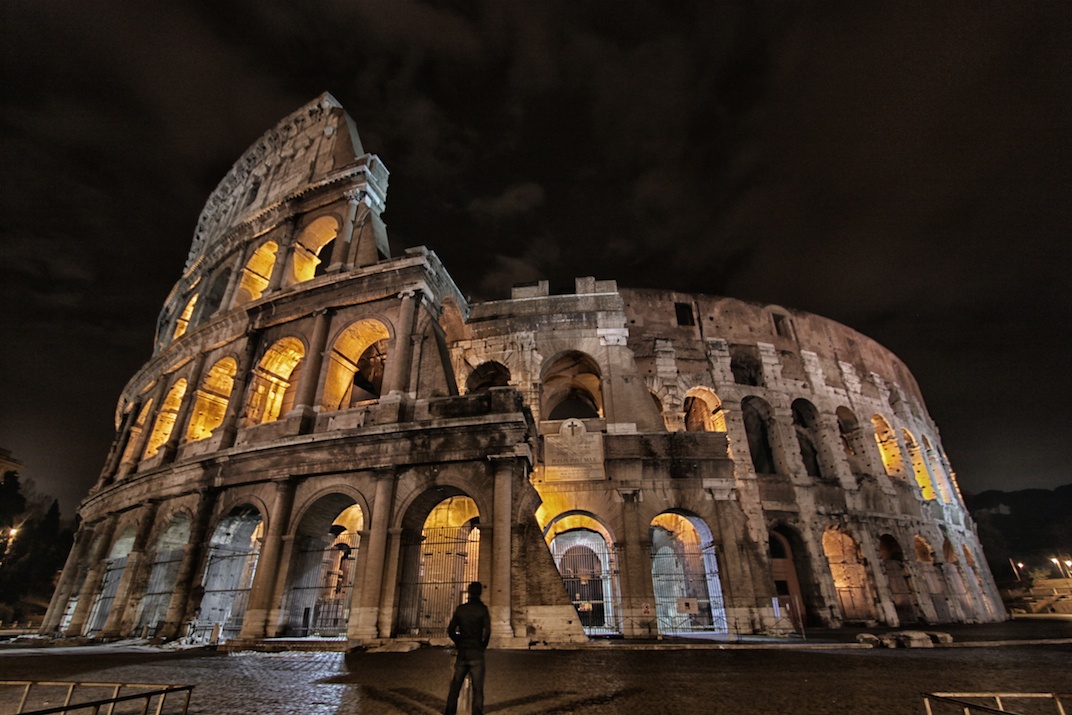 This gladiatorial arena, which is located in the heart of Rome, is the largest amphitheatre ever built. The partly dilapidated structure hasn’t lost its magnificence, but it is surrounded by noisy traffic that may take away from the experience. Not to mention throngs of cruise ship tourists (read: on the elderly side) following their tour group leaders who are waving their flags in the air.

For these reasons, the Colosseum comes in at a respectable number six on our World Wonders ranking. Try to visit at night if you can, when it is quieter and lit up in all its glory. 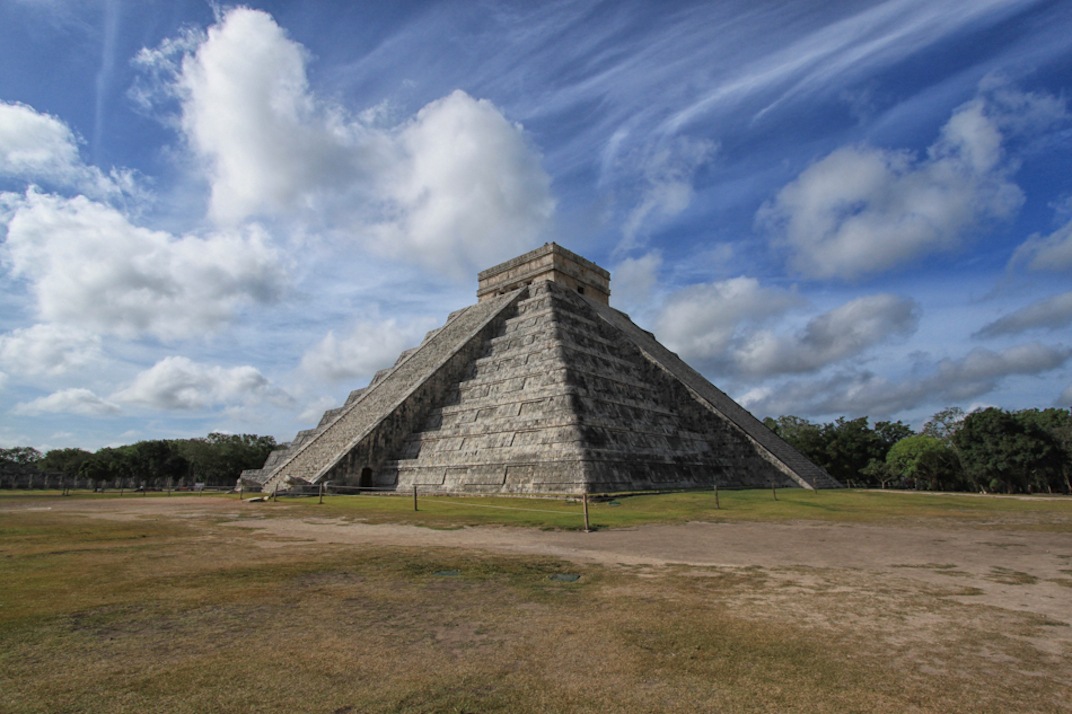 This Mayan temple is called El Castillo. The stunning symmetrical temple is beautiful from all angles, and you can go on a guided tour of the complex of Mayan ruins to learn more about the life, culture, and architecture of the Mayan people. Chichén Itzá, is a massive tourist attraction, however, and is filled with tourists from mid-morning, onwards (are we sensing a theme here?).

Although El Castillo is mesmerizing to the eye and extremely well preserved, the Chichén Itzá complex itself has lost some of its raw charm and with it, a sense of discovery. The jungle in and around Chichén Itzá has been flattened to make way for pathways and tourist centres. For that reason, it belongs just below the Colosseum. 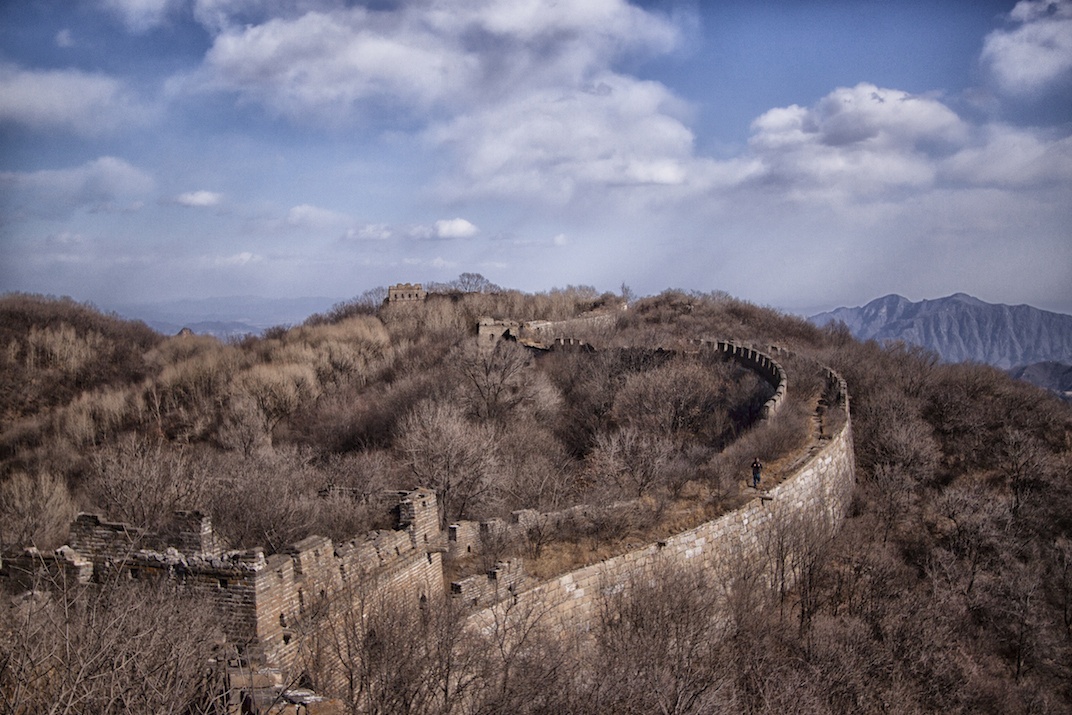 There are highly commercialized parts of the Great Wall such as Badaling, but for a unique experience of the Great Wall, visit the parts of the wall which haven’t been restored yet, like Jiankou. Not only is this area isolated and tourist-free, but the jagged wall over the stunning peaks look like something out of a watercolour painting.

Consider visiting in the summer for the lush green landscapes, or for the warm orange tones in the fall. Being the longest feat of human engineering, it does get repetitive at times which is why it is ranked right in the middle, but a one day trek up these vertiginous parts of the Great Wall will make a visit more than worthwhile. 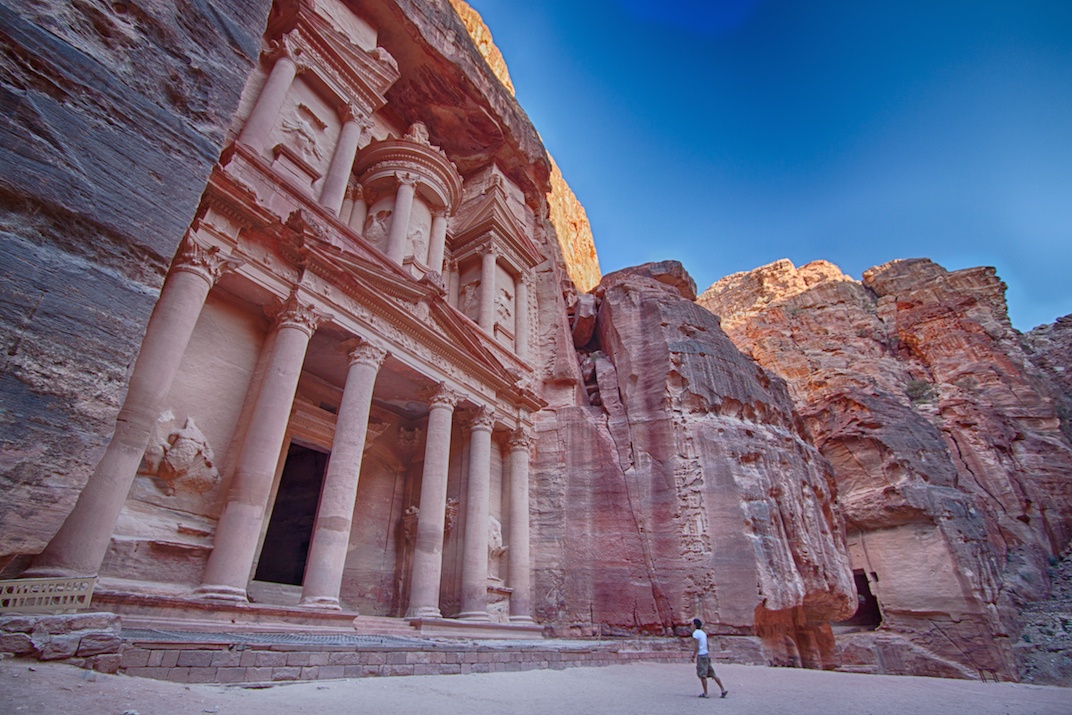 Petra, sometimes known as the “Lost City,” has the most magnificent carvings in the sandstone cliffs, including this historical site known as the Treasury (Al-Khazneh) located in the heart of the Jordanian desert. The Treasury entices travellers from the first peek through the Siq at the end of a narrow passageway, to its stunning dramatic reveal.

Travellers are in awe when they learn about Petra’s sophisticated water system which sustained 30,000 people in the middle of a desert. Besides the photogenic Treasury and the Monastery, there are hundreds of other tombs to explore, of which only 15% have been uncovered from the surrounding barren desert. For these reasons, Petra firmly deserves its top three position. 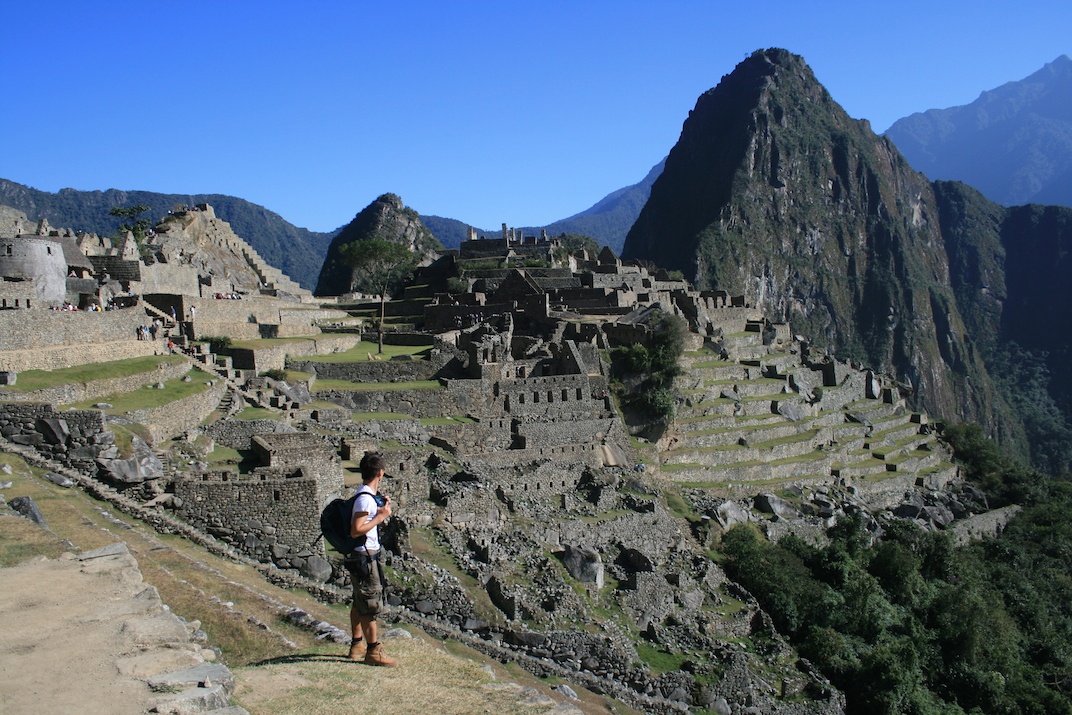 Coming in at number two, the Lost City of the Incas truly is a bucket list item. The meticulous nature of the Incas shines through in this intricate stone architecture, which is nestled amongst beautiful lush mountains.

The famous ruins in Peru recently announced ticket restrictions to stem the tide of over-tourism. Under new restrictions, visitors will now have to choose an hour-specific time slot during three periods of the day.

To avoid these restrictions, sign up to the just as famous Inca Trail before the daily quota fills up, and arrive at the Sun Gate to watch the morning sun illuminate the magnificent Machu Picchu. To get there, adventurers will opt for the four-day hike over three high passes — but remember the view will be worth every step.

Take a look at our full guide to Machu Picchu here. 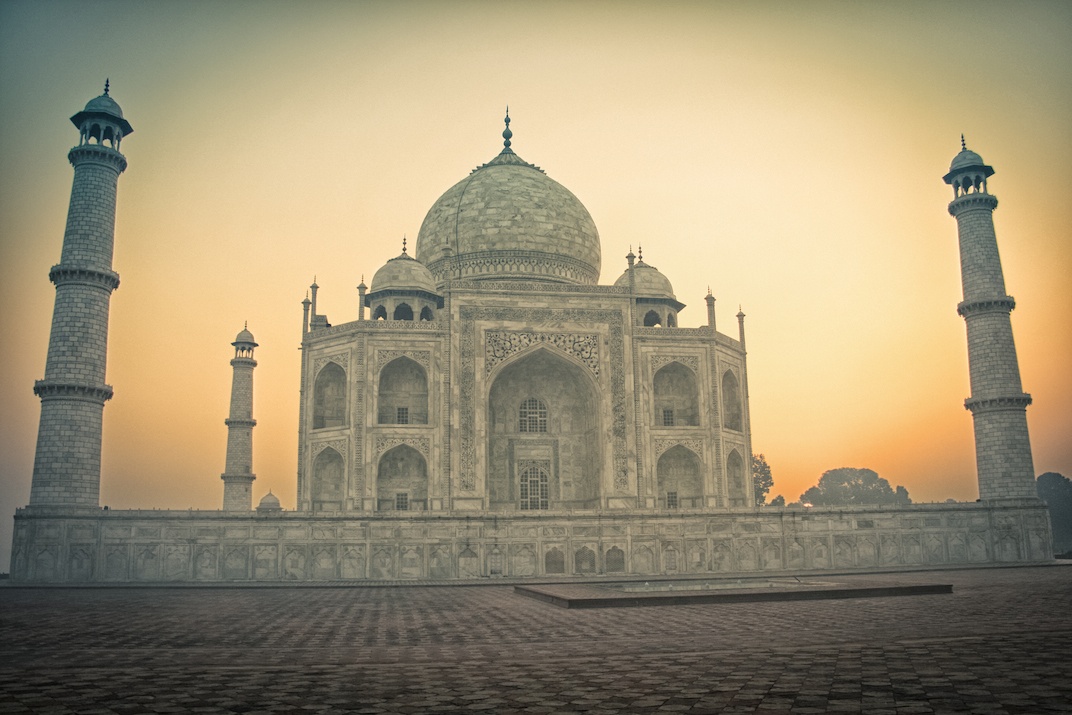 It was a close call between the Taj Mahal and Machu Picchu, but it’s hard to beat perfection!

The simple “wow” factor upon the first sighting of the Taj will astound every traveller despite their familiarity with this instantly recognizable structure. Coming in at the number one spot, the Taj Mahal looks like a divine painting on the horizon — even in person. It will leave an indelible mark on your soul. The ivory marble dome gleams in the sun. This marble mausoleum is an enduring monument to the love of a husband for his wife who died when she gave birth to their son.

The only time this world wonder does not get busy is during the first hour of opening, so if you’re hoping to get a close glimpse, you will have to get up at 5 am for tickets.

Don’t forget to follow Shuo Huang on his incredible adventures around the world, and share your own photos using #dailyhivemapped!