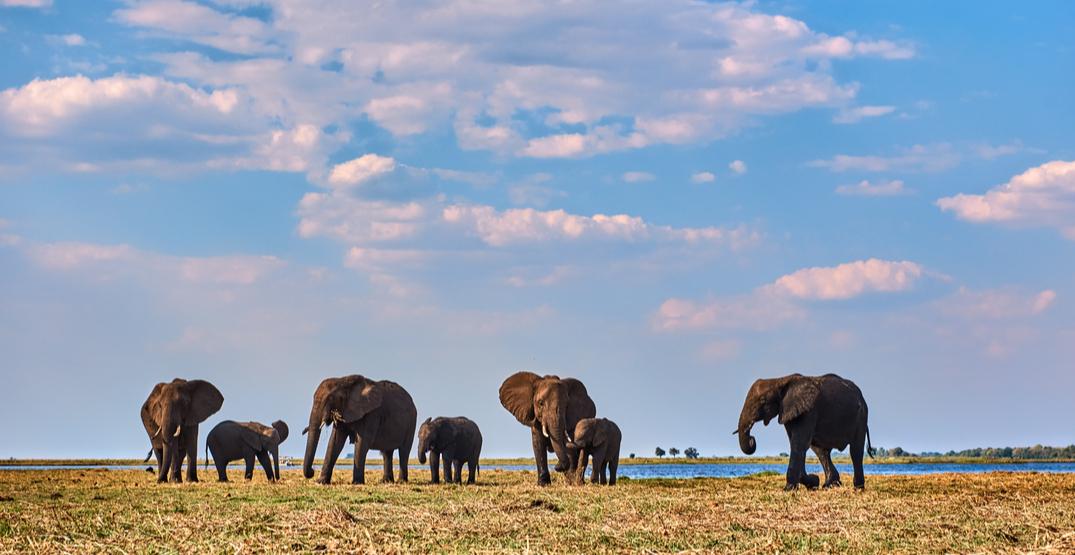 Disclaimer: This article contains images that some readers may find upsetting.

Wildlife tourism is becoming an increasingly popular form of travel, particularly for those hoping to experience animals in their unique environments.

However, not all companies and practices have the best interests of the animals at heart, as we have previously touched upon regarding elephant rides at Cambodia’s Angkor Wat complex and the dolphin entertainment industry.

To their credit, a majority of travellers and tourists are entirely unaware of the unethical — and often cruel — underbelly of the wildlife tourism industry, where companies are far more concerned with profit than the welfare of the animals.

Realistically, animals should never exist in captivity for entertainment or monetary gain.

Unless it is for conservation or rehabilitation, animals should be able to live their lives freely and safe from harm.

A post shared by World Animal Protection US (@worldanimalprotectionus) on Nov 7, 2019 at 11:54am PST

It can be difficult for travellers to know for sure whether or not the wildlife excursions and activities in which they are participating are ethical, even if they have the best of intentions.

We have conducted research and have reached out to various animal welfare organizations and ethical travel companies to provide some insight as to what to look for in deciphering the ethicality of wildlife tourism.

The Five Freedoms of Animal Welfare

Animal welfare involves both the mental and physical health of any given creature.

To gain a more in-depth understanding and build a conscious and empathetic policy, many ethical organizations and travellers alike look to these core values for guidance.

1. Freedom of hunger and thirst

Do the animals have available access to food that is appropriate to their natural diet as well as clean drinking water?

Many animals kept in captivity as a means to entertain tourists are forced to perform extensive hours with restricted access to food and fresh drinking water.

Thus they develop health issues such as fatigue, anxiety, and dehydration.

Are the animals provided with shelter that contains a suitable resting area?

Animals should have a proportionate amount of space to be able to stand upright and lie down comfortably.

Unfortunately, this is often not the case, and a majority of animals utilized for entertainment purposes are harnessed by ropes and chains and kept in unsuitable, uncomfortable, and unnatural living conditions.

3. Freedom from pain, injury, or disease

Do the animals appear distressed, in pain, or hurt?

A large percentage of animals held in captivity for tourist entertainment do not have access to proper veterinary care.

As a result of the abnormal conditions in which they are held, such as being chained up, experiencing inhumane training practices, or living within uncomfortable enclosers, they often fall victim to poor nutrition as well as injury.

In extreme cases, some animals even have their teeth pulled, claws removed, or jaws tied shut to make them safer and easier to handle.

Are the animals able to exhibit the same behaviours that they would in the wild? Do they exist in social groups?

Animals held in captivity are often kept in unsuitably small cages that nowhere near compare to their native environment.

As a result of these pent-up conditions, they often grow irritated and bored at not being able to behave as they naturally would and should.

5. Freedom from fear and distress

Are there visible signs that the animals are afraid? Are they pacing back and forth in their enclosure, biting the bars of their cage, or exhibiting other signs of poor mental conditions?

One of the most heartbreaking facts about animals existing in the wildlife tourism industry is that they are more often than not living in a constant state of fear, anxiety, and psychological trauma.

Typically it is inflicted upon them by inhumane training methods, close confined spaces, and unacceptable living conditions.

If these basic Five Freedoms are not being met, then it is a clear indication to travellers that the wildlife they are encountering is suffering and that the activity in which they are participating is cruel and unethical.

A picture is truly worth a thousand words

Researching the wildlife tourism destination beforehand is essential in determining whether or not the animals are treated fairly.

A majority of companies and tours will post images of various animal attractions to evoke interest and entice tourists to participate in their specific activity.

Typically, if an animal has any visible wounds or is depicted performing tricks, posing for selfies, or making souvenirs, it is not run ethically, as the animals were most likely inhumanely trained to perform these tasks.

Touching, holding, and otherwise interacting with wild animals is a no-go

In some parts of the world, animals are taken out of the wild — often from their mothers at a young age — by humans for the purpose of charging tourists to have their photo taken or interact with them.

This is not a practice that needs any further support.

While it may seem like an enjoyable and even educational activity — with some companies operating under the ruse of conservation — interacting with animals at this level is not natural and only brings them further stress.

This policy also extends to practices such as riding elephants and swimming with dolphins.

Travellers have little to no way of knowing how these animals are treated behind the scenes.

They could potentially be drugged to make them more complacent, fed a diet that is wholly against their subjective norm, and kept in entirely brutal living conditions.

The World Animal Protection explained it best when they said, “If you can ride, hug, or have a selfie with the wild animal, the chances are it’s a cruel venue. Don’t go.”

Say no to all animal shows

Animals involved in direct entertainment practices are commonly removed from the wild, are overbred in inhospitable conditions, and fall victim to deep, extensive physical and psychological conditioning to make them compliant enough to perform.

Endorsing and supporting venues such as these only further contribute to the unethical sequence of ongoing animal cruelty that already exists in the industry.

If the venue sells parts or products made from wild animals, don’t engage

Many travel destinations will host markets that sell trinkets and souvenirs. On top of key chains, clothing, and other stereotypical items, some may try to sell you products made from animals, including insects encased in glass, ivory, and horns.

Selling and purchasing these items is not only unethical, but it is also illegal.

The animals these products are harvested from commonly undergo significant amounts of suffering.

Food and medicinal items are no different. Products such as Shark Fin Soup or bear bile further the agenda and popularization of the illegal wildlife trade.

Trust us. It’s not worth it just for a story to tell when you get back home.

The prominent driving force of any wildlife sanctuary should be operating in the best interest of the animals to promote their overall welfare.

World Animal Protection provides tourists with an excellent set of guidelines to assist in recognizing whether or not a wildlife sanctuary is genuine.

Firstly, an authentic sanctuary should not conduct the breeding of animals unless they intend to place them back in the wild.

A sanctuary should also not participate or support the commercial trade of animals or their parts.

A genuine sanctuary does not strong-arm animals into performing acts that are deemed unnatural, such as tricks, shows or rides. As well, a sanctuary should not allow individuals to interact with animals directly but instead let the animals behave as they would in the wild.

Additionally, an authentic sanctuary would never endorse the captivity of wild animals as domesticated pets or as entertainment.

And finally, a sanctuary should never, under any circumstance, bring in more animals than they are ethically able to supply and care for.

To be a part of the solution rather than further contribute to the problem, travellers should educate themselves and question whether or not the wildlife tourism activities they are engaging in is ethical.

We must take it upon ourselves to promote the safety and freedom of the world’s wildlife by practicing morality, empathy, and further education to put an end to these cruel and inhumane practices.

When in doubt, trust your gut. If something doesn’t feel right, it probably isn’t.

In the grand scheme of things, a picture with a sedated tiger or riding on the back of an exhausted elephant just isn’t worth it when it comes at such a higher cost.