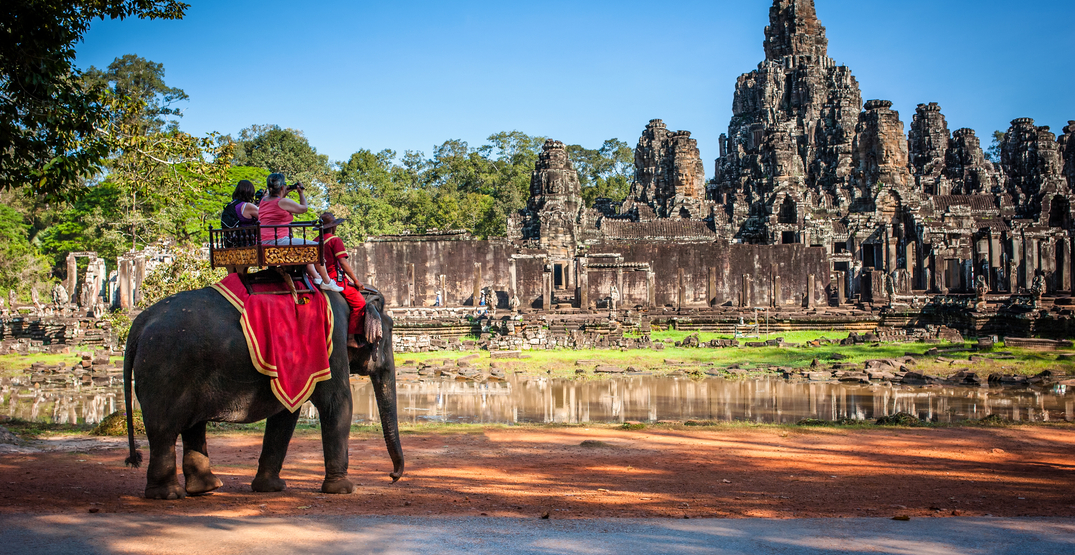 Disclaimer: This story may contain images that some readers may find upsetting.

The Aspara Authority and Elephant Management Association have begun the transport of elephants from the Angkor area to the Bos Thom community forest in Cambodia’s Siem Reap Sout Nikom district.

The transfer of the animals acts as a bid to stop elephants from being used to ferry tourists.

Long Kosal, a spokesperson for Apsara Authority, told the Khmer Times that elephants had been utilized to serve the tourism sector in Angkor for several years.

According to their report, on November 15, two of 14 elephants currently at the park, the site of the famous Angkor Wat temple, have been relocated to nearby Bos Thom community forest. 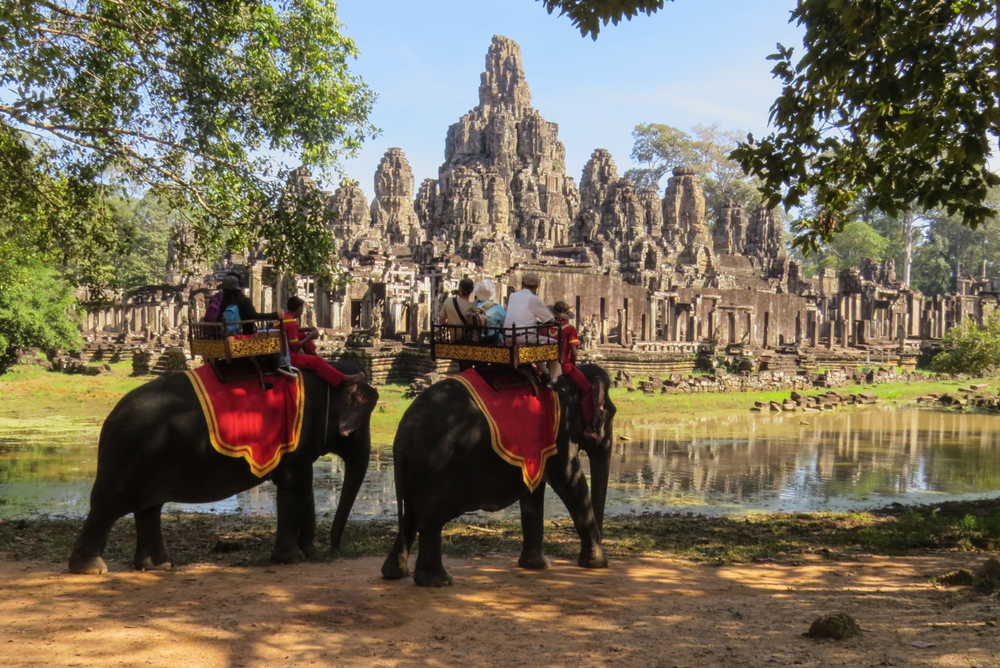 Kosal said that to promote the welfare of the animals and ensure that they are able to live in their natural environment, the Elephant Management Association, in association with the Apsara Authority, is gradually removing elephants from the Angkor area.

“The elephant is a big animal, but it is also gentle and we don’t want to see the animals being used for tourism activities anymore,” Kosal told Khmer Times. “We want them to live in their natural surroundings.”

The elephants will slowly be removed from the Angor Archaeological Park with the exercise expected to finish early next year. 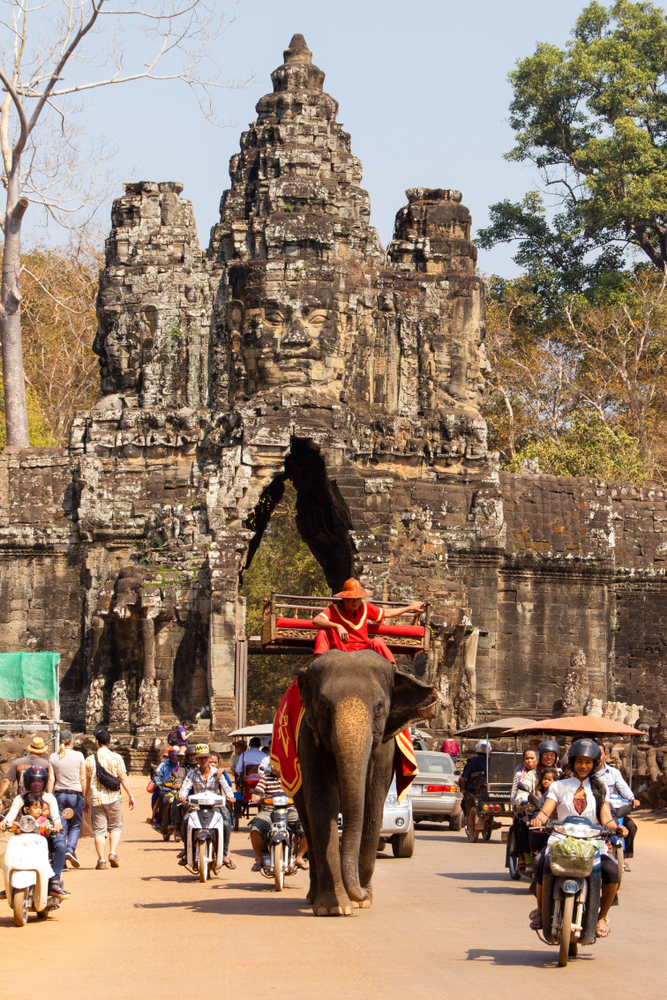 Ly Huoch, a resident of Siem Reap province who has witnessed elephants being used to transport tourists at Phnom Banheng in the Angkor area, commends the decision to stop the practice.

He told Khmer Times, “I support the decision to transfer them because the elephants are working so hard and should be free. I feel sorry for the elephants.” 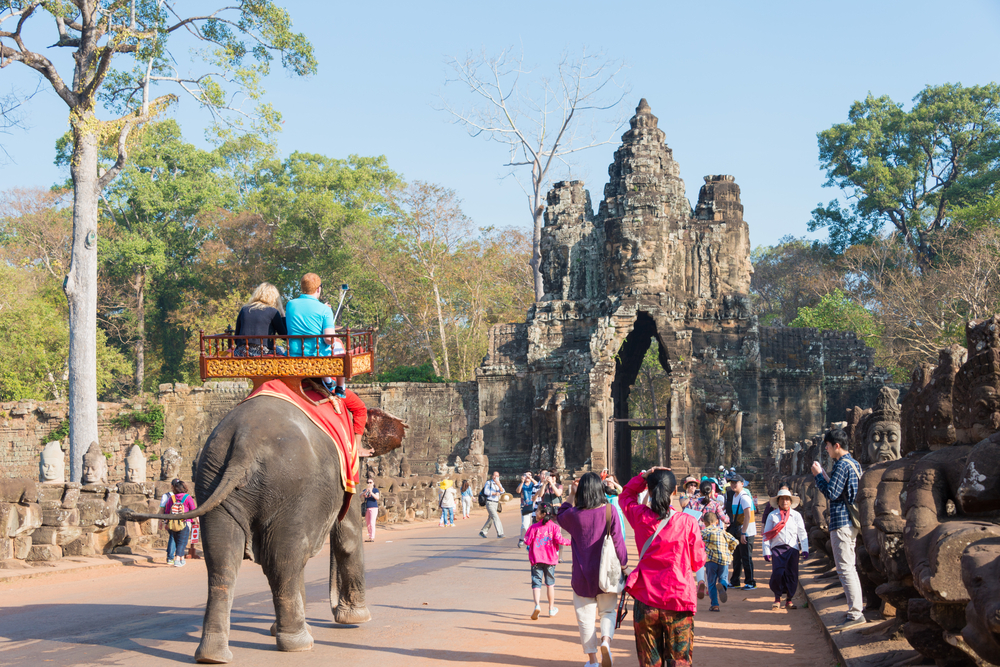 In just one of many heartbreaking instances, an elephant named Sambo died of a heart attack carrying tourists to Angkor Wat in 2016.

Sambo suffered a heart attack after being forced to carry two tourists — one trip each — in extremely hot weather conditions.

Her death is said to be caused by a combination of heat stroke and exhaustion from carrying people.

According to the International Union for Conservation of Nature, the Asian elephant is on its “Red List” and has been listed as an endangered species.

Similarly, the World Wildlife Fund has urged conservation groups to unite and protect elephants. In fact, in Cambodia, the organization “trains, equips, and supports local staff to patrol protected areas and assess elephant distribution and numbers.”

According to Angkor Enterprise, the company that manages park admissions, the UNESCO World Heritage Site has seen a decline in terms of the number of visitors. 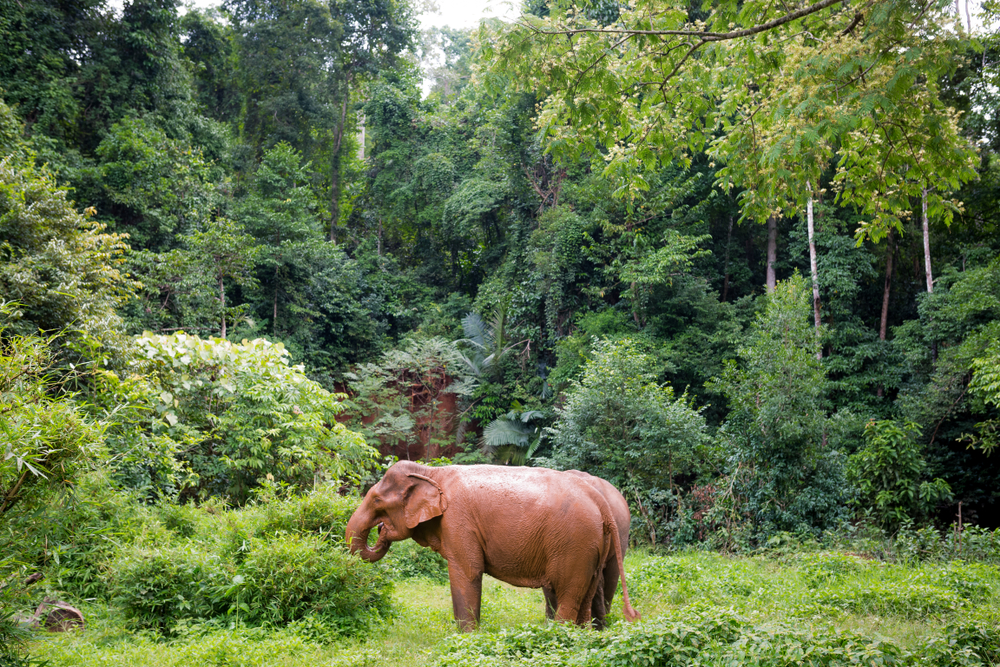 Its latest report states that 1.8 million tourists purchased passes to the temple complex from January to September — a 13.7% decline over the same 10-month period last year.

It is not yet clear if Cambodia’s ban on elephant rides at Angkor Wat will diminish tourism numbers. 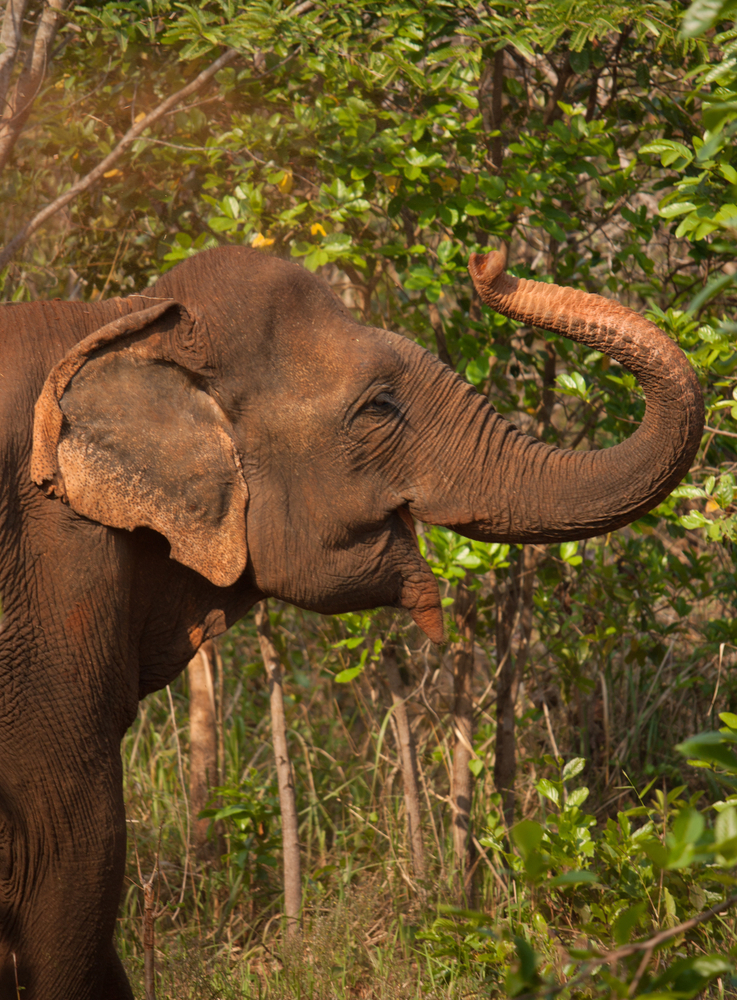 However, this decision comes at a time when an increasing amount of travellers and tourism organizations are advocating for the ethical treatment of animals and the elimination of animal-related activities and attractions.

Animals are meant to live happily and freely, not forced to carry tourists around or be held in captivity for our entertainment.