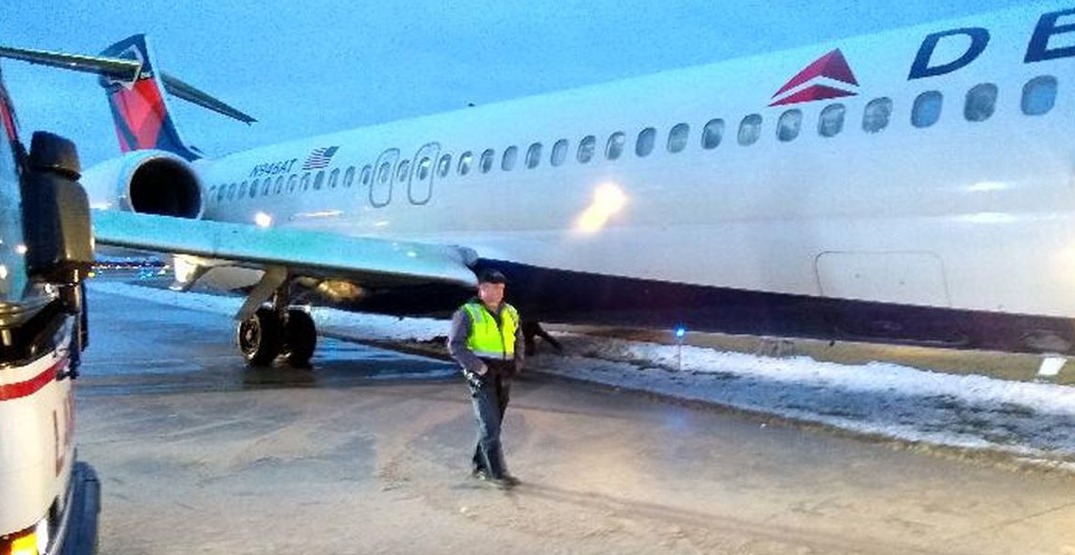 Over 100 Delta Air Line’s passengers required re-accommodation early Saturday morning as they were bused back to their gate after the aircraft they were on slid off the taxiway at Austin Straubel Airport.

According to FlightStats, Delta flight 1770 from Green Bay, Wisconsin bound for Atlanta was initially meant to depart at 5:35 am CST.

Delta Air Lines told Mapped that, while taxiing for departure, the aircraft partially left the taxiway due to icy conditions.

However, the aircraft did not experience any damage, and there were no injuries.

“We apologize to our customers for the inconvenience and delay of Delta flight 1770,” the airline told Mapped in a statement.

“Our teams in Green Bay, Wis. quickly worked with airport officials to safely deplane customers onto buses to be re-accommodated on an alternate aircraft.”