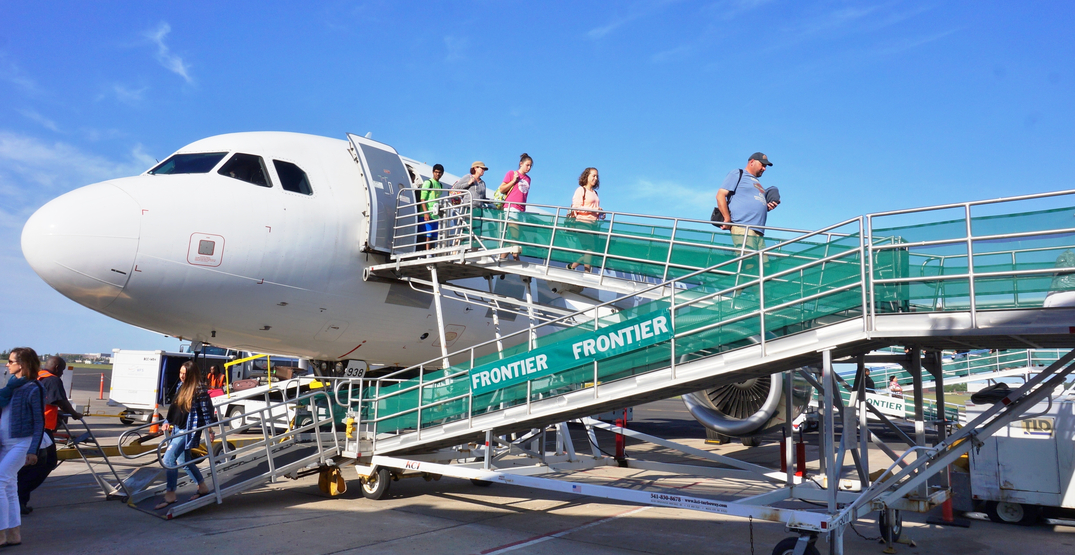 According to a new study, if you are flying on Spirit Airlines or Frontier Airlines, you are twice as likely to get bumped than any other US airline.

Traveling is a wonderful, joyous thing, but sometimes getting to your destination can be a pain.

Cancelations, delays, and layovers can be irritating and tedious, but there is something innately frustrating about being bumped from a flight.

Perhaps it’s because, more often than not, airlines bump people for no fault of their own.

Typically, people are bumped from flights as a result of overbooking.

The study, conducted by upgradedpoints.com, looked at the year-over-year change in “involuntary denied boardings” from top US airlines to deduce which ones have the highest number of bumped passengers.

Based on their research, Frontier Airlines came in at the top of the list with 6.28 passengers bumped per 1o0,000 people or 1,220 people.

In close second was Spirit Airlines with 5.57 bumped passengers per 100,000 people.

Both airlines were twice as likely to bump customers than the other three companies in the top five: Alaska Airlines, PSA Airlines, and American Airlines.

American Airlines and Southwest Airlines actually had the highest number of bumped passengers by far. However, as a result of the high volume of “enplaned passengers,” the percentage of people who were bumped was relatively low.

Spirit Airlines had the highest number of involuntary denied boardings according to the data collected,  but due to the higher volume of passengers, their ratio of bumped passengers to total passengers was better than Frontier.

Frontier Airlines had a high amount of involuntary bumps and a lower number of overall passengers, which made for a less-than-favorable combination.

The mixture made it the worst airline for bumping passengers in 2018 with an unsettling 6.28 per 100,000 passengers getting bumped.

If you’re feeling nervous at this point, we do have some good news for you.

According to the research, getting bumped is actually becoming less common, with rates at an all-time high in the second half of 2016, a trend that continued into the first half of 2017.

The trend did reverse itself in March 2019, though, with the grounding of Boeing 737 MAX Aircrafts, which lead to an influx of overbooking. The overbooking resulted in nearly double the rate of bumps in Q1 and Q2 2019 when compared to the second half of 2018.

The top three airlines least likely to bump you, according to this study, are United Airlines, Endeavor Air, and Delta Airlines, with Delta taking the number one spot.

Delta Airlines “hits the sweet spot” of having a massive amount of enplaned passengers, but only bumped 22 in 2018. Out of more than 138 million passengers, 0.02% per 100,000 Delta passengers were involuntarily bumped.

According to founder and CEO of Upgraded Points, Alex Miller, “All in all, if you’re trying to make it home in time for dinner, Delta likely has you covered.”