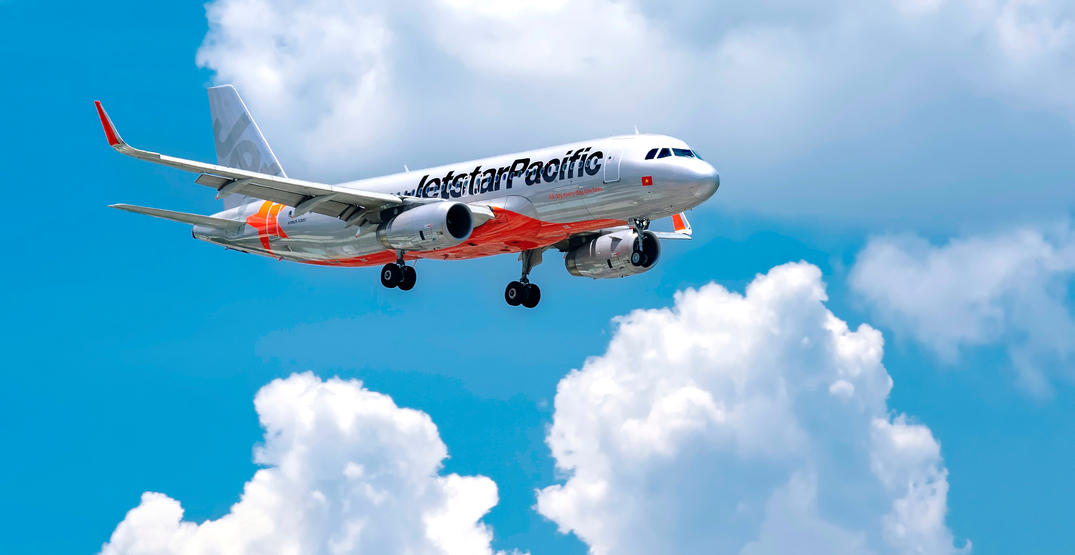 David and Cathy Valliant said, “I do” in a pretty unconventional way: 37,000 feet in the air during a flight from Australia and New Zealand.

They did so eight years after meeting online while playing an aviation-themed video game.

David, Australian, and Cathy, a native New Zealander, decided that they wanted to get married on a plane flying from Sydney to Aukland at the exact halfway point between the two cities.

The nuptials were conducted on a flight operated by Australian budget airline Jetstar who said in a post on Facebook, “We knew we had to help make their dream come true.”

Regular passengers were informed of the occasion in advance. The ceremony was attended by them as well as friends and family of the couple.

The actual ceremony was conducted mid-flight and was officiated by Jetstar cabin crew.

The adorable, albeit eccentric, idea to hold their ceremony in this way symbolized everything the couple loves: their respective home countries, an interest in all things aviation and, of course, each other.

After all, the couple’s joint passion for aviation is what brought them together in the first place.

“We both love aviation. The bond is there,” David says in the video.

According to CNN, Cathy and David met online back in 2011 while playing Airport City, an aviation video game. They met in person two years later.

Congratulations to the lovely couple. May your love for each other cause you to shoot for the stars and land upon the clouds.