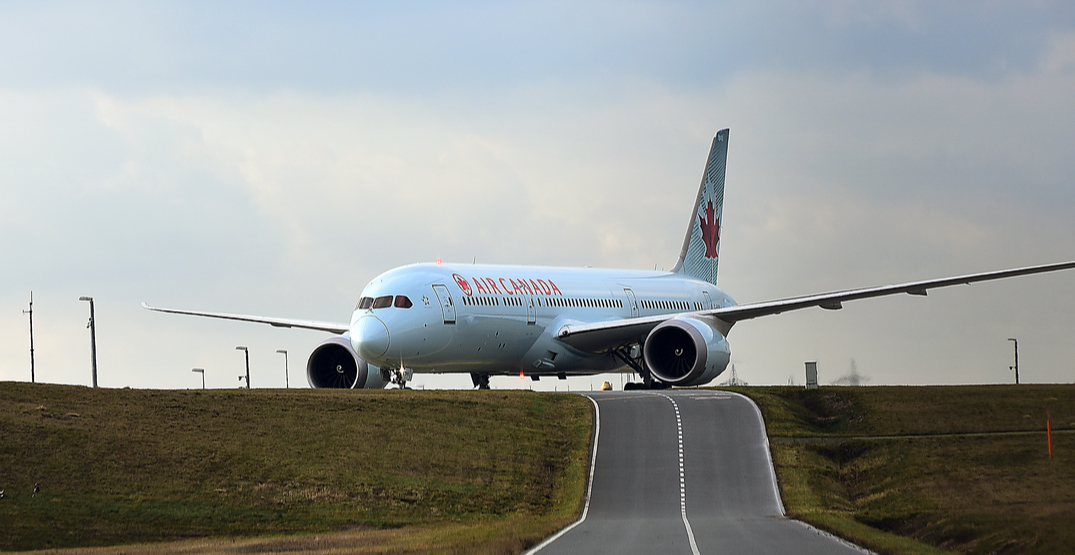 An Air Canada Boeing 787 aircraft set to fly across the Atlantic from London to Toronto made a detour to land in Dublin on Saturday after a crack in its windshield was discovered mid-flight.

“On November 23, 2019, AC857, operated with a Boeing 787 Dreamliner, from London Heathrow to Toronto, diverted to Dublin due to a cracked Captain’s side window,” Air Canada said in a statement to Mapped. “There were 254 passengers onboard, who were put in hotels for the night. Another aircraft was dispatched to bring the customers home the next day and the original aircraft was repaired and has since returned to service.”

According to Flightradar24 — a global flight-tracking service with real-time information on thousands of aircraft around the world — the plane was roughly 300 nautical miles northwest of Shannon, Ireland. It was just about to venture into the deep Atlantic.

Aviation-news website Simple Flying reports that the plane was approximately one hour into its flight time when the crack was detected.

The aircraft descended to FL250 — 25,000 feet — and carried on for approximately 30 minutes until it entered Dublin airspace.

The aircraft, a Boeing 787-8 model, landed in Dublin 55 minutes after the crew reported the incident.

What’s concerning is that this is not the first time that this has happened.

In fact, it is the second instance in just two months that a Boeing 787-8 flying with Air Canada branding has had a crack in a cockpit window.

The first time happened on a flight from Shanghai to Vancouver on September 1 of this year, and the aircraft was forced to land in Tokyo.

Air Canada declined to comment to media regarding the cause of the cracks at the time, which is a bit worrisome because it is difficult to imagine what could cause a crack on a windscreen at such high altitudes.

Logically, the front of the plane is the area that receives the most resistance, stress, and wind.

However, it is difficult to ignore the fact that this is the second incident to happen with the same aircraft type — albeit a different plane, C-FRSO — as well as the same airline.

Boeing is also handling a different cracking issue with its 737 plan model, where cracks have appeared in multiple Boeing 737 NG jets across the world.

For more information, you can find a list of all of the Boeing 787s with cracks over the last year through The Aviation Herald.