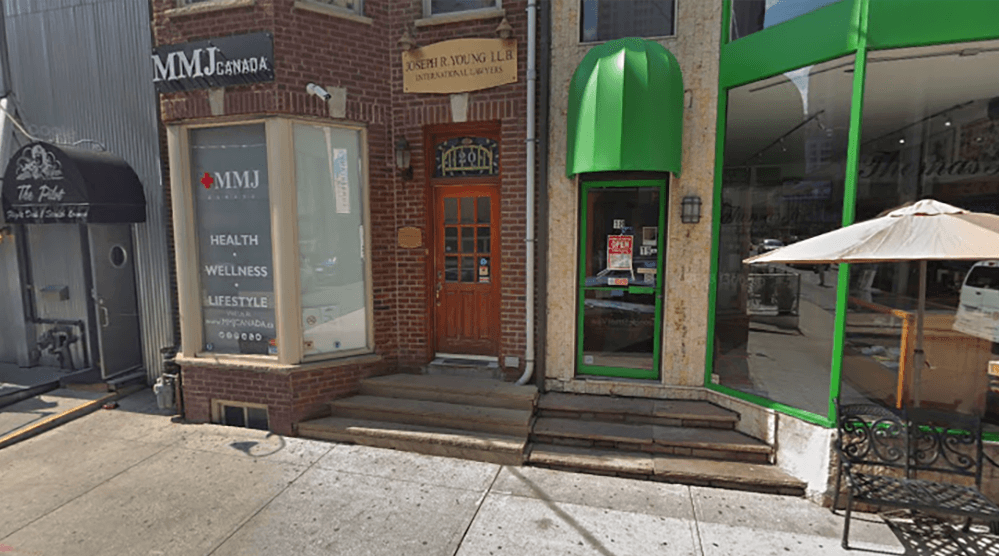 According to reports from CBC, the store, located at 20 Cumberland St., has opened up shop in the same location as a former MMJ Dispensary. Residing inside Toronto’s affluent Yorkville area, Ameri is a short walk from the Royal Ontario Museum.

The opening doesn’t appear to have been garnered the same fanfare as the city’s first location, The Hunny Pot Cannabis Co., which managed to make it on the list of the 11 stores that opened on the first day of legal sales across the province, and drew a significant crowd of customers and media alike on opening day.

The report says the store opened on Sunday, April 7. Lines were not wrapped around the street corner, as with their nearby competitor, but pictures show several people waiting for the store’s opening. CBC, and other news outlets, only identify employees by their first name, reportedly to prevent potential problems when travelling to the United States.

Ameri has no public social media or a website. Nor is it registered on Weepmaps, an app that helps users find both licensed and unlicensed dispensaries.