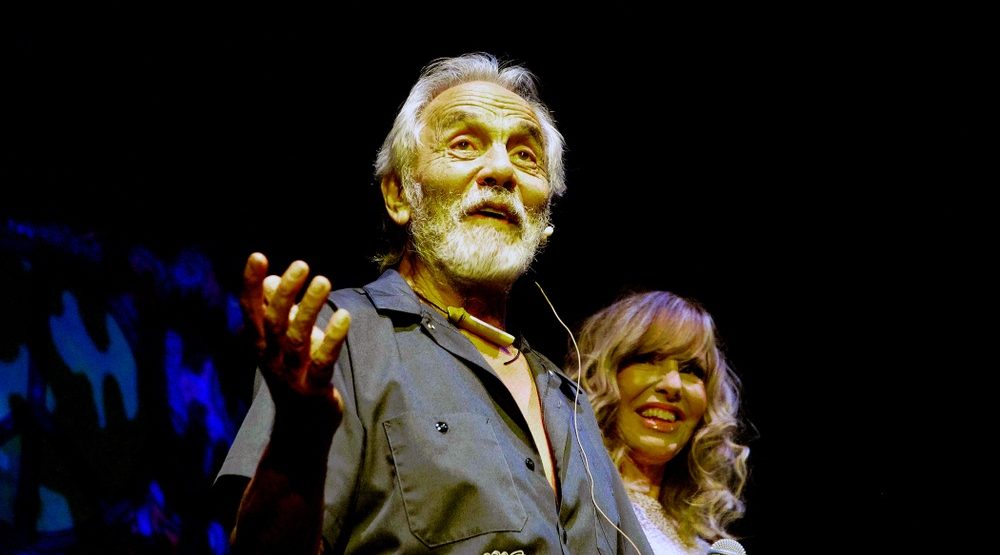 Tommy Chong has been a lot of things in his career, but the iconic Canadian comedian, musician, actor, writer, and businessman has been blazing a trail as a cannabis advocate for decades.

And while he started smoking in 1957, when he says most people–police included–had no idea what the drug was, Chong still thinks celebrations like 4/20 are as important as ever.

“It’s a holiday. It’s the celebration of weed,” he told Grow, over the phone. “There’s no reason to stop just because the straight people are hip to it.”

This opinion comes on the heels of a nationwide discussion about if the 4/20 as a day of peaceful protest against the Canadian government’s policies towards weed, is still relevant. Or in the case of Vancouver, is even still really a protest at all.

While cannabis has been legalized in the Edmonton-born performer’s home country–and his current home state, California–he still feels there’s a lot that needs to change when it comes to his favourite plant.

“Just because it’s legal doesn’t mean we can’t protest the ignorance,” he says. “Even in Canada with it legal, people still treat it like beer or alcohol. They haven’t really come to grips that its a plant that grows everywhere for everyone and should have no restrictions for anyone.

Ultimately, he feels governments need to get out of the way and let the markets determine the path of cannabis’ future.

“You can’t stop pot, no one could, and for good reason,” he explains. “There are certain things in life that should not be controlled.”

Chong had his own very public run-in with the law over cannabis. One that landed him in jail in 2003 for nine months after selling bongs emblazoned with his image to American DEA agents in Pennsylvania.

Not being one to be kept down, he speaks of the experience positively.

“It was a real PR trip,” he says of the time. “It made a real notoriety that sustained me and Cheech and Chong. Going to jail and getting that world attention, there’s nothing like it.

“It’s what you do when the spotlight is on you that determines if you’re on the right path.
What I did I turned the whole prison experience into a religious retreat, and in that way, when I got out I came out way ahead.”

His book about the experience, The I Chong: Meditations from the Joint, follows the actor’s life up until his arrest, while also detailing his personal reflections on his time in lockup.

Before and after the incarceration, Chong made numerous appearances in television and film as a supporting actor, but he is still best known for his run of seven films through the 70s and 80s with comedy partner Richard “Cheech” Marin, including Up in Smoke and Still Smokin. They’ve also released numerous albums, including the Grammy-winning “Los Cochinos.”

The pair are currently in negotiations with Canadian cannabis producers to begin selling their own brand of pot to the great white north. Chong was fairly tight-lipped about who they’d been talking to, only that he and his partner Cheech were “in the midst of a deal.”

Last week, the duo announced that they’d be going on a cross-Canada tour, aptly titled ‘O’Cannabis.’

Chong isn’t worried about getting across the border though. While he remembers the Canadian laws around weed during the 60s and 70s being “draconian,” his hassles of passing between the countries have become very different.

“The biggest problem we have is guys stopping us because they’re fans. They’re not looking for dope, they’re looking for an autograph.”

Tickets for the O Cannabis Tour go on sale Friday, April 26 at 10 am on Live Nation.