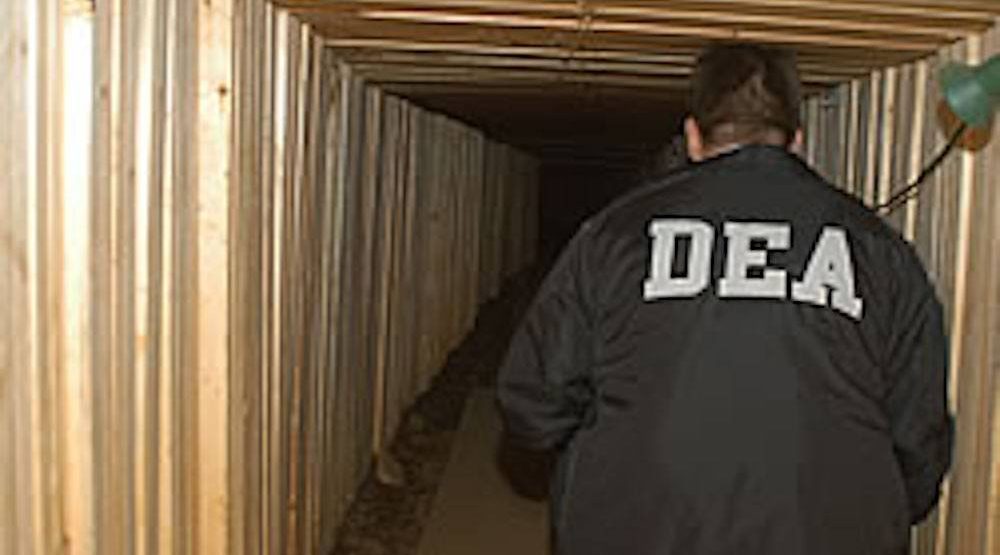 Only one known smuggling tunnel has ever existed between Canada and the United States.

The passage ran from a Quonset hut (about the size of a typical home garage) in the rural town of Aldergrove, 30 km east of Surrey, BC, to the basement of a house across the border in Washington state.

“You’re not going to believe this Pat, but I think they’re digging a tunnel,” custom’s investigator Chris Ghan said to Pat Fogerty, an inspector and criminal operations officer with the RCMP, in Febuary of 2005.

“It was my mandate to seek out criminals that are of significant public risk to BC and beyond that, investigate them and dismantle them,” Fogerty told Daily Hive over the phone.

Ghan had followed 31-year-old, Francis Devandra Raj, a man with a record of drug possession and immigration violations, to a property overlooking the border to the US.

Since then, Raj and two other men from Surrey, Timothy Woo, 35, and Jonathan Valenzuela, 27, had been working inside a Quonset hut.

Lumber, concrete, and metal reinforcements went in, only dirt came out.

Truckload after truckload of dirt.

“They were basic run of the mill drug importers,” said Fogerty. “Not at a really high level.”

He gave the go-ahead to dig a little deeper and place a pole-cam nearby, looking for anything suspicious.

“We’re seeing these people consistently going down there, like every day. And they’re going into the Quonset hut and they’re coming out with dirt.”

Investigators found that none of the men owned the property. It belonged to one of Raj’s relatives. When the police looked across the border they found another relative owned a modest farmhouse directly across from the hut.

The evidence was still too circumstantial for a warrant but Fogerty looked to the dump where their suspects had been disposing of the dirt.

“I had samples of the dirt… taken to a geologist. I wanted to know is this surface dirt or is it from down below.”

The analysis determined that it was coming from deep underground, further than required for a typical construction project. Meanwhile, thousands of dollars worth of lumber and cement bags continued to flow into the hut.

Still trying to build a case, officers disguised themselves as local hydro workers and performed ground penetrating radar testing on the road.

The results come back negative.

It was a setback but Fogerty was convinced that they were digging. He even had an officer of his, an ex-British special forces member, camp out and conduct covert surveillance.

“He would just monitor.”

“He had [photographs] when they would open the garage door, this was summer time they wouldn’t even leave it open. He was getting visuals of a platform where this truck would come in. This big truck and trailer, a two-tonne trailer, that all the dirt was going in.”

While police monitored the property around the clock, Raj and his crew only worked during the day. The surveillance team was taken by surprise when a van pulled up one night around 3 am.

Police watched as a man and a woman broke the lock to the shed and looted the property for tools. The RCMP followed the thieves and had them arrested by local cops.

The suspects confessed and police were able to get their first clear description of the interior of the hut, including the presence of a large hole covered by sheets of plywood. 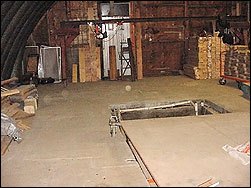 Images from inside the Quonset hut (US Department of Justice)

It was the final piece Fogerty’s team needed to get a general warrant.

“This allows us, pursuant to a judges order to break in and examine what evidence is in there. Film it, photograph it, all that kind of stuff.”

Fogerty and his team entered covertly by removing a ventilation fan while the suspects had finished their work for the day. Inside, his suspicions were finally confirmed. A large tunnel ran from the hut, under Zero Avenue, and was getting closer to the house on the American side.

The team had a new problem, however, the tunnel’s path under the road could be a risk to motorists above. If it collapsed, someone could get hurt.

“I found a security cleared mining engineer and once we broke in and opened the door, we brought him in to assess if the road would cave in or not,” said Fogerty.

After being given the all clear from the engineer, police still weren’t ready to make an arrest.

“Building a hole is some nondescript offence.”

“As soon as the tunnel was operational, [the suspects] were going every two days.

“They began to bring over hundreds of pounds of pot. They’d take hockey bags and run it through the tunnel and then come out on the other side.”

American authorities had been brought in by this point. They wanted to continue to monitor the hole until something more consequential came through. Fogerty was still the lead of the investigation and he wanted to close the case for his team.

“My guys are getting tired because it was 24 hour, 7 days a week surveillance and that starts to wear away.”

The now multi-agency task force agreed on a plan to let American authorities make the final arrests. Even with both ends of the tunnel under watch, they weren’t taking any chances.

“We had dogs at the border,” said Fogerty, “because if they got away from the Americans as they left the house, they’ll come to Canada.”

The three were arrested without incident on July 21, according to the DEA. With what they described as “several loads of marijuana and ecstasy.” All three men pled guilty and were sentenced to nine years in a US prison.

The cost of building the tunnel, according to court documents, was an estimated $400,000 – this includes the purchase of the property. Prosecutors estimated the trio would have had to smuggle 1000 kilograms of marijuana through the tunnel  to recoup their investment.

Telephone calls recorded in connection with the investigation reveal the men planned to make as much as $550 per pound of cannabis transported through the tunnel and could move 300 pounds a day, totalling around $165,000 in daily revenue.

Despite the success of the bust, Fogerty knows these men weren’t acting alone.

“We were never able to concretely establish who the financiers of the tunnel were. These were just the workers.”