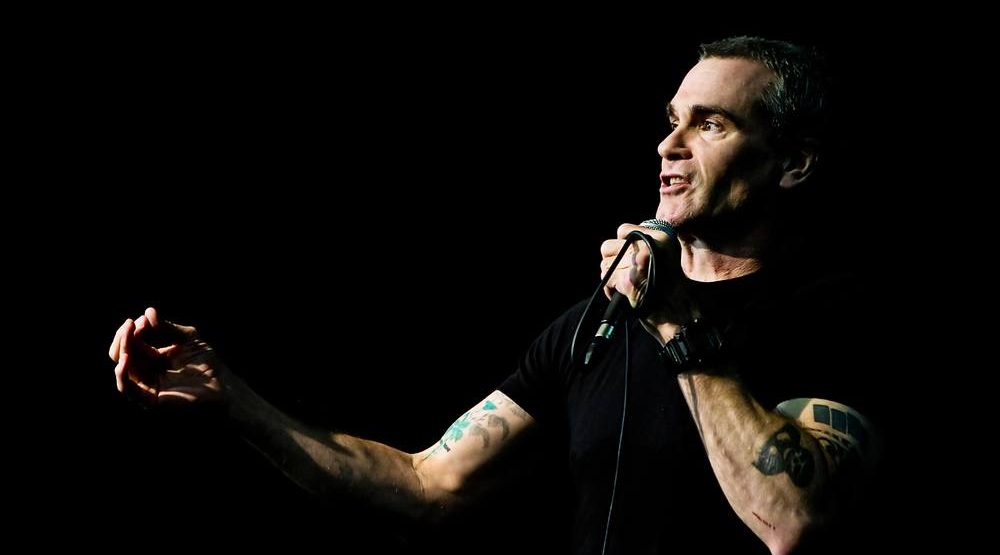 Henry Rollins is a hard man to pin down.

The Washington, DC native was once the lanky frontman of the 90s US punk rock band Black Flag and a vocal member of the wave of straight-edge in punk rock. Since then he’s tried his hands at everything from acting and writing, to publishing and radio.

A regular critic of the ills of society around him, the famously-sober Rollins is using his influence and reach to advocate for a lot of different things in the emerging industry, but most of all, he wants those cashing in on legal green to find a way to do actual good in the world.

“Maybe this is a type of capitalism that starts to influence people as we go forward through this century. That’s a little high minded, a little naive, and a little hopey-changy and tree huggy, but I don’t think I’m wrong.”

Rollins has taken a step away from music — his last studio album was released in 2010 according to Discogs, and even then it was spoken word — but has been making his way as a publisher and radio host, as well as following various other artistic pursuits.

Ultimately though, the social criticism that once charged the anger and outrage found in his music is what seems to carry Rollins forward in his advocacy.

His biggest fear for the future of cannabis is that it becomes too similar to other large industries. That small growers and dispensaries could wind up being the “Walmart of weed.”

“When the Budweiser and Marlboro sized companies get into cannabis, which I’m sure they already are, you know the Monsantos of the world … we’ve lost the chance to do good, because they will corrupt it, because they’re money minded,” he said. “They’ll do the same thing to it that they did with tobacco, they just turn people into consumers, and I think the quality of the product will diminish.”

The concept is particularly poignant in Canada. Large scale growers have struggled with supply, provinces have restricted licenses to retailers, and the exclusively indoor grows consume incredibly large amounts of energy.

There are companies like The Supreme Cannabis Company in Ontario and Tantalus Labs in BC, who focus on producing cannabis in smaller quantities than other LPs with the goal of creating a better, albeit more expensive, product.

However, for Rollins, the issue is more fundamental than quality, and much broader than supply, it’s about the ethicality behind a new business power that is still influenced by its illegitimate past.

“I don’t use cannabis. For me, this is a civil rights, non-predatory capitalism concept. It’s the end of bigotry, it’s getting people out of jail on these stupid charges, it’s getting grandma so she can stand up without pain.”

“I want change, I start changing things,” he says. Rollins isn’t above writing to his local politicians but believes that any change, personal or political, starts with the individual.

“I don’t wait for law or legislation, I start trying to make change happen with my own two hands. I’m not saying I can legalize something, but I can definitely use my traction as someone who gets listened to for a living to say good things.

His own business, 21361 Publishing — named using the number from his birthday — donates a fixed percentage of its income to charitable causes. Currently, Rollins says the company donates to the Trevor Project, an intervention line that offers support to LGBT kids contemplating suicide.

“It’s political, its civil rights, its benevolent capitalism and how this century is going to end better than it started. Because I’m not going to live to the next one. Selfishly, I want people to say yeah man, you were part of that. And I’ll say aww shucks. All in a days work.”

Rollins will be in Canada as part of Toronto’s O’Cannabiz Convention & Expo on Thursday, April 25.