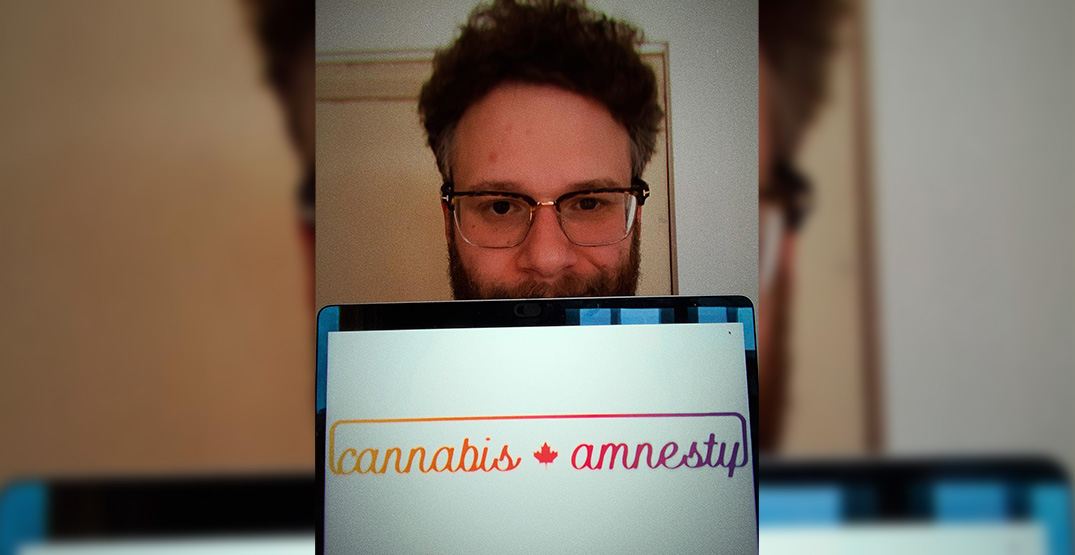 Actor and part-owner of cannabis brand Houseplant, Seth Rogen is using his fame to advocate for the forgiveness of cannabis possession charges in Canada.

In an April 20 message to his 6.7 million Instagram followers, the Pineapple Express star asked Canadians to get involved in pressuring the government to move forward on cannabis amnesty.

In the post, Rogen appears holding a computer with the word of Cannabis Amnesty emblazoned across the screen. The stylized writing is actually the logo to an advocacy group of the same name, that the actor links to in his Insta bio.

“420 is also about activism and I’d like to bring awareness to some of the injustices that revolve around cannabis in Canada,” Rogen writes, in the post’s caption. “Canadians deserve freedom, not forgiveness.”

His message singles out Bill C-93,–An Act to provide no-cost, expedited record suspensions for simple possession of cannabis— currently before the House of Commons. Rogen is echoing Cannabis Amnesty’s call to have it amended.

He encourages his followers to email their MP, and demand the change.

The Campaign for Cannabis Amnesty is an advocacy group formed by lawyers and cannabis professionals looking to obtain the complete erasure of non-violent criminal convictions for simple cannabis possession, according to their website.

“Convictions prevent people from travelling to the United States, volunteering, and finding meaningful employment,” the group writes. “Under the Cannabis Act, past convictions may also prevent many Canadians from participating in the country’s growing legal cannabis economy.

“In short, many people’s lives will continue to be torn apart because of these minor offences.”

#420 is also about activism and I’d like to bring awareness to some of the injustices that revolve around cannabis in Canada. Canadians deserve freedom, not forgiveness. The Campaign for Cannabis Amnesty is asking for your help to put pressure on the Canadian government to amend Bill C-93 so that it provides for the expungement of criminal records and not merely their suspension. Let the Canadian government know you stand behind the Campaign for Cannabis Amnesty. Email your MP today: www.cannabisamnesty.ca/email. LINK IN BIO!!