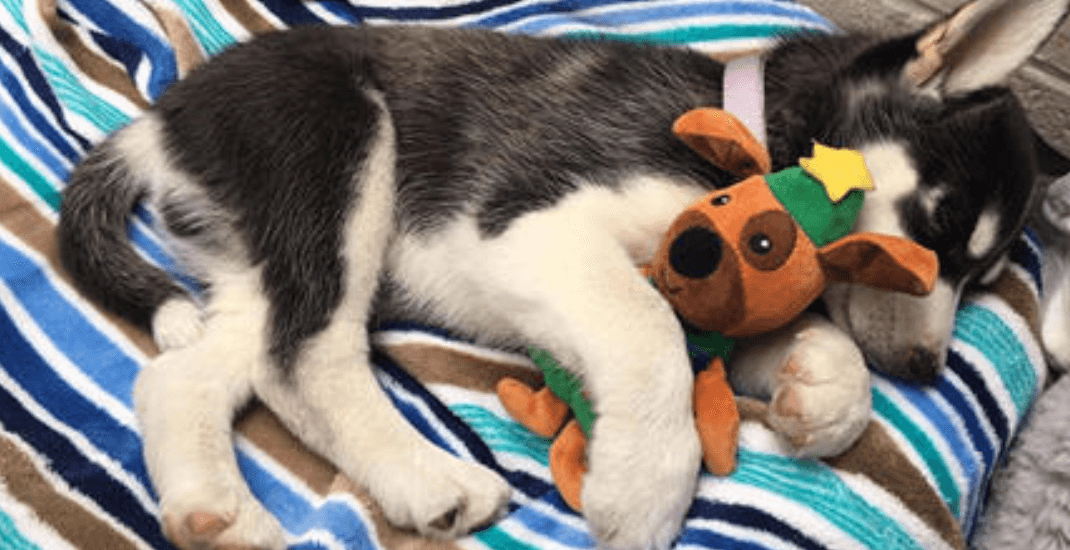 A husky puppy is in need of emergency medical care after consuming toxic levels of cannabis, according to the BC SPCA.

The organization wrote on their fundraising page, that when Bear was surrendered, “he appeared lethargic and it was clear something was wrong.”

He was rushed to the vet, but by the time he arrived, he was unconscious.

The BC SPCA says the animal’s blood work showed that he had ingested dangerous levels of THC, the psychoactive compound found in cannabis.

“This little husky puppy is recovering now, but he truly could have died,” the SPCA wrote about the incident.

The BC SPCA is requesting donations to go towards Bear’s ongoing care, including surgery, medication, vaccinations, and daily care until he’s ready for adoption. A total of $2,730 will be needed to help Bear recover.

If you think your pet has ingested marijuana, here are the symptoms to watch out for — and what to do.