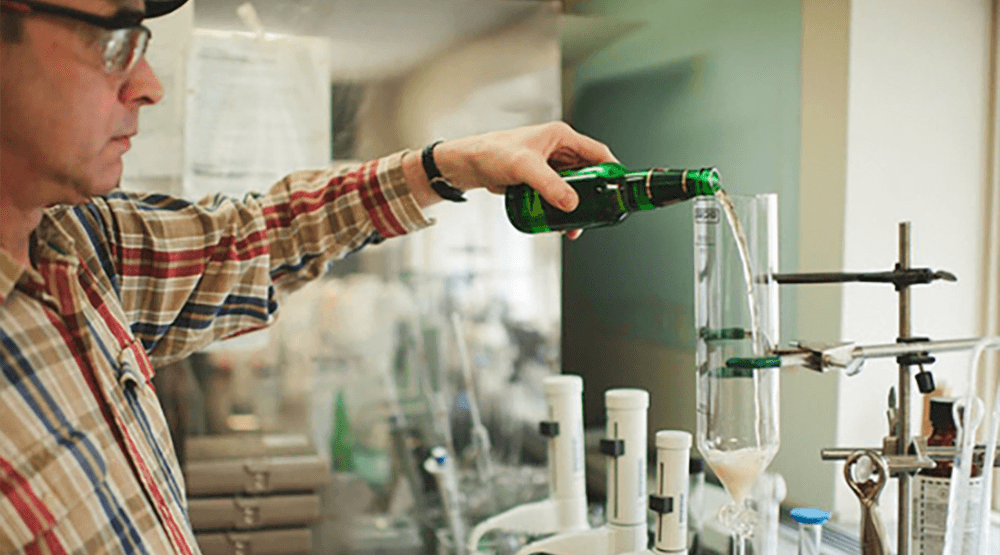 Nova Scotia’s Moosehead brand beer and Sproutly, a company with a unique method of creating a water-soluble cannabis solution, are forming a joint venture to put their own non-alcoholic beverage onto shelves when edible products become legal in October.

As part of the agreement, Matthew Oland, a senior executive at Moosehead and member of Oland Breweries founding family, will step down from his position to lead the joint venture as Chief Executive Officer.

It was this apparent commitment that drew Sproutly to the brewer, according to the company’s leadership.

“You have one of the core members of a 152-year-old family owned company willing to take this on in becoming the CEO,” Keith Dolo, Sproutly CEO, told Grow in a phone interview.

“That just shows the commitment that Moosehead has to ensuring that the joint ventures cannabis beverages play a crucial role in their companies commitment to the space.”

As part of the deal, Moosehead will be providing operations, procurement, finance, and distribution help. Sproutly, who already offers a line of products, will provide the use of their proprietary Infuz2O method for infusing cannabis into beverages and edibles.

No small feat, considering it can be difficult to create liquid cannabis that people actually want to drink.

“We’re not using an additional chemical mixture of such as an emulsifier or nano-encapsulation technology to essentially determine how to get an oil back into a water-based beverage,” Dolo explained. “Ours is natural and is truly water soluble.”

“If you’ve ever tried some of the drinks that are available to US consumers, the reason that people continually bring up flavour and taste profile as a major problem is because that chemical additive that is needed to essentially break down the oil has an extremely bitter or poor taste and is difficult to formulate with.”

According to the release, the joint venture will be the only company able to use Sproutly’s methods for a period of five years with a possible two-year extension.

Moosehead, for their part, weren’t taking any chances when it came to understanding their audience before entering into the deal.

“We know Canadian tastes and thoughts about cannabis have changed over time,” Matthew Oland, CEO of the new venture, told Grow, in a telephone interview.

“We know from data that we have that over 78% of Canadians have shown an acceptance of recreational cannabis.”

“Our history has always been as a brewery and we’re trying to satisfy consumer expectations. We see this as another step in that history.”

The company is also looking to begin doing business in Europe, “once recreational cannabis use is legalized,” a release said optimistically. Though which markets the companies plan to focus on have not been revealed.

Both CEO’s commented that, while discussion has begun, no firm plans have been set for an inaugural beverage.