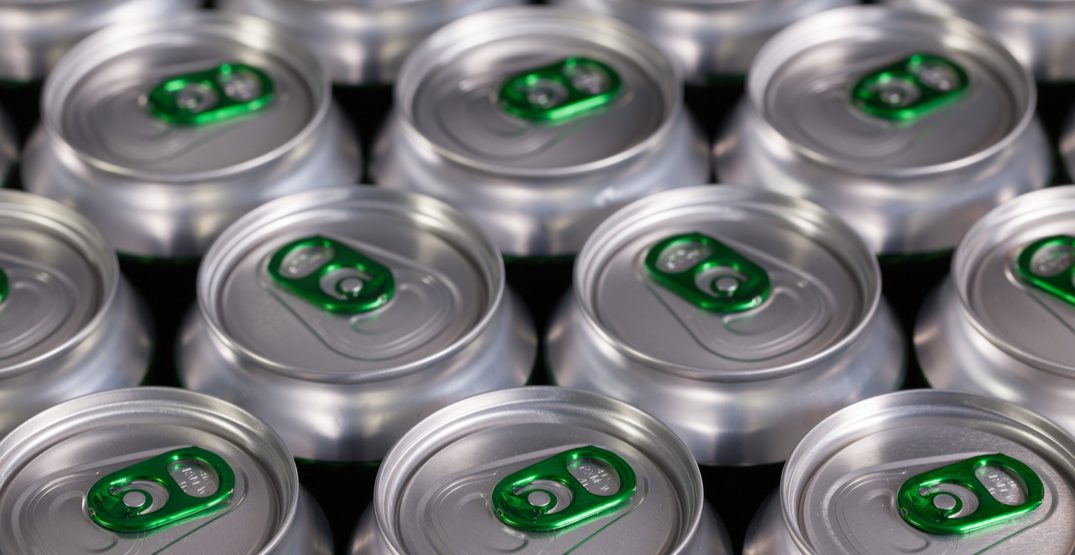 Cannabis legalization is just getting started. As many companies are already banking on the legalization of pot-infused edibles and drinks next year, some are encountering very real difficulties when it comes to making a safe beverage.

But one Canadian research group thinks they have the solution.

Trait Biosciences is a Toronto-based cannabis-research company with the patent to a technology they say can create a “world-class” cannabis beverage.

“Cannabinoids are not naturally water-soluble, they dissolve in fat. That’s why in the cannabis industry when companies do extractions they’ll use butane or supercritical CO2 to extract the cannabinoids from the plant,” said Trait’s chief strategy officer, Ronan Levy, to Daily Hive. “When it comes to making beverages you have a real problem.”

Calling the issue the “salad dressing effect,” cannabis oil separates from the water-based parts a drink. Creating a cloudy and imperfectly distributed dosage per drink.

To combat this some companies are turning to a process called “nano-emulsion.” During which the cannabinoids are coated a microscopic emulsifier that allows it to mix better with water.

However, Trait wants to stay away from using nano-technology.

While quick to point out there’s not enough evidence to condemn the process completely, Levy says there are a “lot of unanswered questions” when it comes to the nano-emulsion.

“If you look into the research some of them are very concerning. Because nano-technologies are so small for instance, they can cross the blood brain barrier and actually get into your brain. There hasn’t been a lot of study into the biodegradability or metabolism of nano-technologies, your body may not be able to expel them. 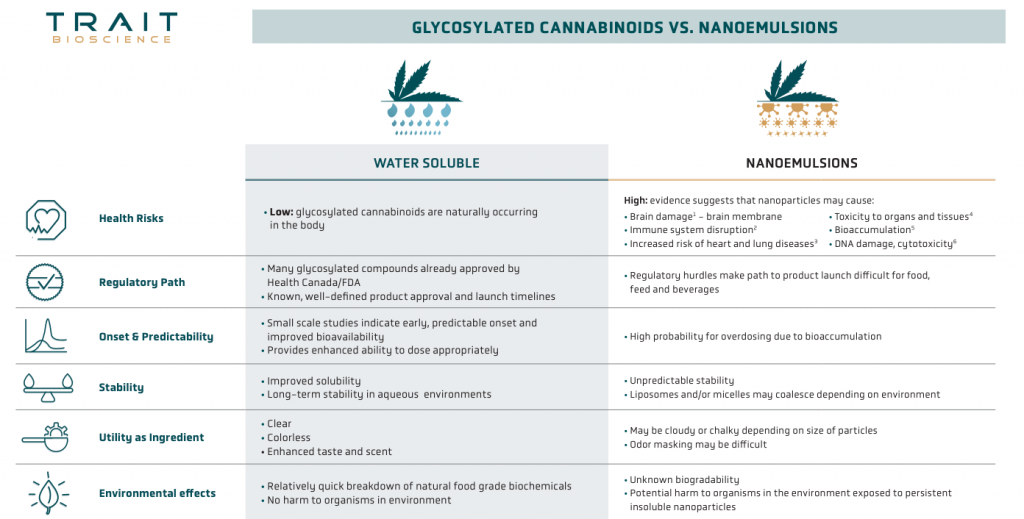 “They’re also so small they could get into your cells and disrupt your DNA.”

Their latest development uses a similar process to that of the body. As part of the metabolic and excretion process, when humans ingest cannabinoids the body will attach a sugar, or glucose, molecule to it. This simple change converts the cannabis oil into something that is water-soluble.

“That’s how your body detoxifies cannabinoids,” said Levy. “We do that outside the body where you can consume it.”

He also says this process results in an evenly distributed dosage of cannabinoids in a beverage.

Trait’s technology was developed by their chief scientific officer, Dr. Richard Sayre, an American researcher also working with NASA to get plants ready for the Mars mission.

The company currently does not have plans to develop its own drinkable products at this time, but instead wants to be a branded ingredient working with “any and all licensed producers.”