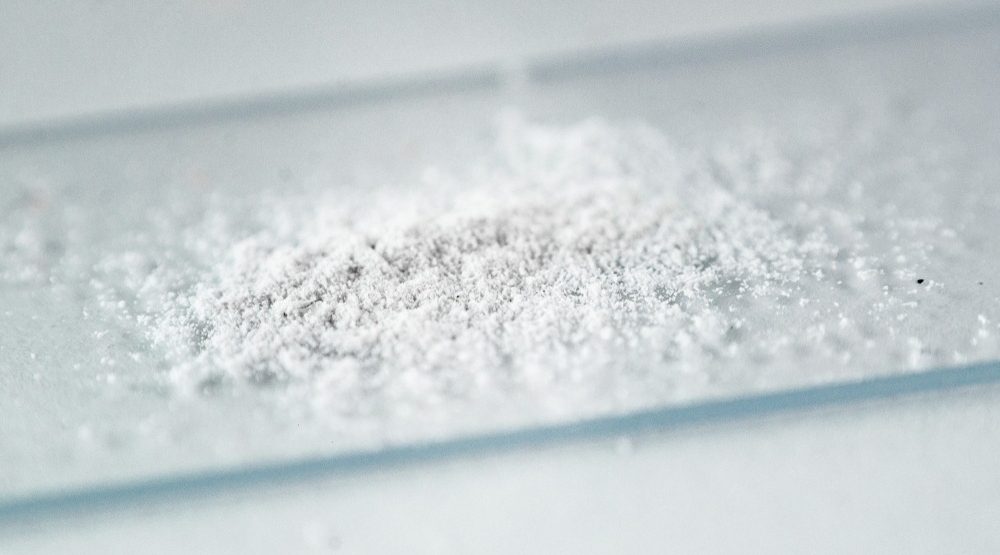 All drugs, recreational or otherwise, come with some risk.

Whether MDMA is helping you appreciate the little things (“You guys, this couch is the softest ever!”), you’re just trying to unwind after a long shift of day trading with a bumper full of cocaine, or maybe you just have a serious opioid addiction and prefer not to die, knowing that the substances entering your bloodstream are coming as advertised is deeply important.

That’s why BC-based cannabis advocate Dana Larson has set up a new national mail-in drug testing service in Vancouver. Through the purchase of an FTRI spectrometer and the hiring of an experienced technician, he plans to offer free testing to anyone who can get the drugs in front of him.

“The machine costs about $40,000. So we had to save for a few months,” said Larsen during an interview with Grow. “I’m the only one in Canada doing any kind of a mail order service.”

According to Thermo Fisher, a company that produces spectrometers, FTIR stands for Fourier transform infrared. The spectrometer passes IR radiation through a sample. The resulting returned signal to the detector is a spectrum representing a molecular ‘fingerprint’ of the sample. Different chemical structures (molecules) produce different spectral fingerprints, thought the device will not recognize new compounds not already in its library, or chemicals that make up 5% or less of the sample. 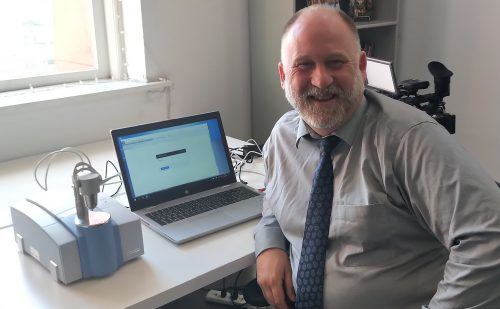 Dana Larsen seated next to the FTIR Spectrometer

It also does not destroy the sample in the process, though, and according to Larsen only a few granules are required.

“It’s very small, 10 milligrams will do the trick,” he says. “That’s the size of a few grains of salt. It just needs a little bit to go onto the device and have the laser shined at it. That’s like 0.01 grams. It’s much smaller than a typical dose would be.”

Since drugs like fentanyl are small enough to escape the test, Larsen’s new venture has also purchased fentanyl testing strips.

Now, anyone in Canada can send in a small sample of their psychedelics like LSD, MDMA, MDA, meth, cocaine, amphetamines, heroin, fentanyl, ketamine, PCP, and steroids. It’s important to note that sending illegal substances through the mail is — surprise– also illegal, but due to the incredibly small size and the fact that, “our postal system handles kinds of drugs, including fentanyl every day in much larger quantities,” Larsen views the risk to the sender as being extremely low.

He does caution that, despite his reputation in the cannabis space, the spectrometer is it not for any organic materials.

“You can’t send buds, kratum, or other herbs. It only really works on isolated chemicals,” he said. “I know people know me as the marijuana guy and everything, but really for me ending the war on cannabis has always been part of a much larger mission to end the whole war on drug users, which is just a disastrous murderous policy.”

GET YOUR DRUGS TESTED!

I am now offering nationwide drug analysis by mail.

Send me a tiny sample of any street drug, we can analyze it and send you the results by email.

According to the services’ website, those wishing to have a sample tested should contact them at [email protected] to receive the mailing address. Then place approximately 10mg — less than the head of one matchstick — or more of the substance in question to be tested into a small plastic container, then seal in not one, but two ziplock bags.

Include a piece of paper that contains what you think the substance is, a description of the pill or capsule the sample in, and your email address — no other personal information is requested. The company is also happy to accept small donations via the same package (they recommend $5) but will test the sample regardless.

They also request that curious consumers use Canada Post, Xpresspost or Purolator for shipping and not to require a signature on packages.

The organization says results will be sent via email within 48-hours.

“I just think this is a way of saving lives, helping people have better experiences with their drugs and with their psychedelics, and help people make more informed decisions. I think it’s an important and needed service,” Larsen says.

“I guess we’ll find out how busy we’re going to be, but I expect will be very busy.”