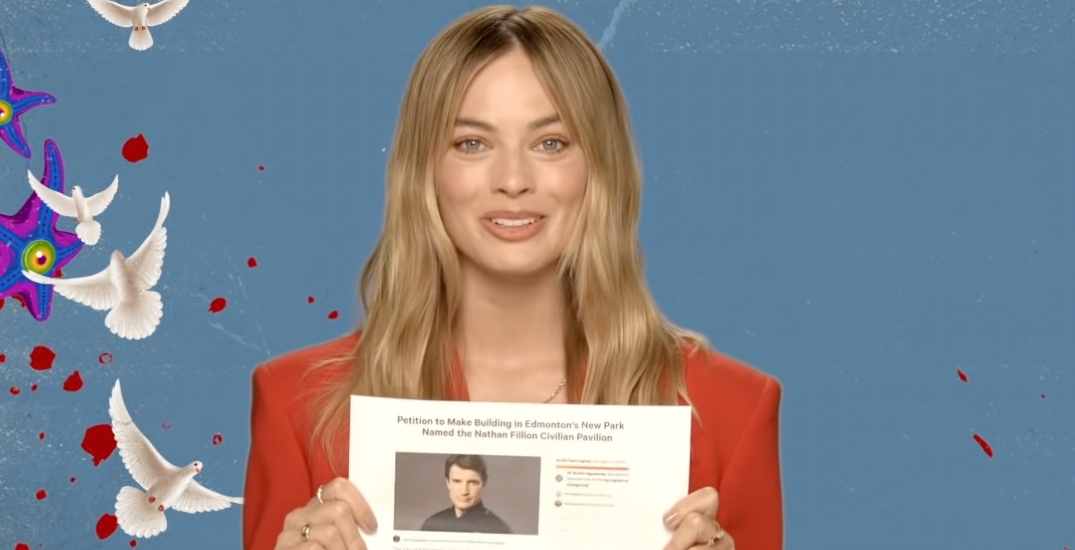 It looks like The Suicide Squad has emerged at the forefront of the movement, to name a small building in a new Edmonton park, the “Nathan Fillion Civilian Pavilion.”

Two years ago, a petition was created calling for the star, who is born and raised in Edmonton, to have a park in the city to be named after him.

Since a clip of the cast supporting the idea came out on Tuesday, the petition has surged to nearly 25,000 signatures.

Change.org says if it reaches that milestone, it will become one of the top signed petitions on the platform.

The city of Edmonton has also responded to the petition and the star-studded video, adding, “The Nathan Fillion Civilian Pavilion has a great ring to it. Stay tuned…”

The Nathan Fillion Civilian Pavilion has a great ring to it. Stay tuned…

Edmonton has so many talented people, but you’re one in a million @NathanFillion 🇨🇦❤️📽️! https://t.co/7NIlrAlXKZ

“That is so funny, I 100% support this completely, and I really, really hope you succeed in this mission Edmonton,” said Margot Robbie in the clip put out by Warner Bros. Canada on YouTube.

Nathan Fillion will portray Cory Pitzner, The Detachable Kid (T.D.K.) in the film.

It has the approval from Margot Robbie, James Gunn, and now the city of Edmonton seems to be on board. Let’s see if and when the city decides to go with the Nathan Fillion Civilian Pavilion.

Until then, check out The Suicide Squad. It hits theatres on August 6.