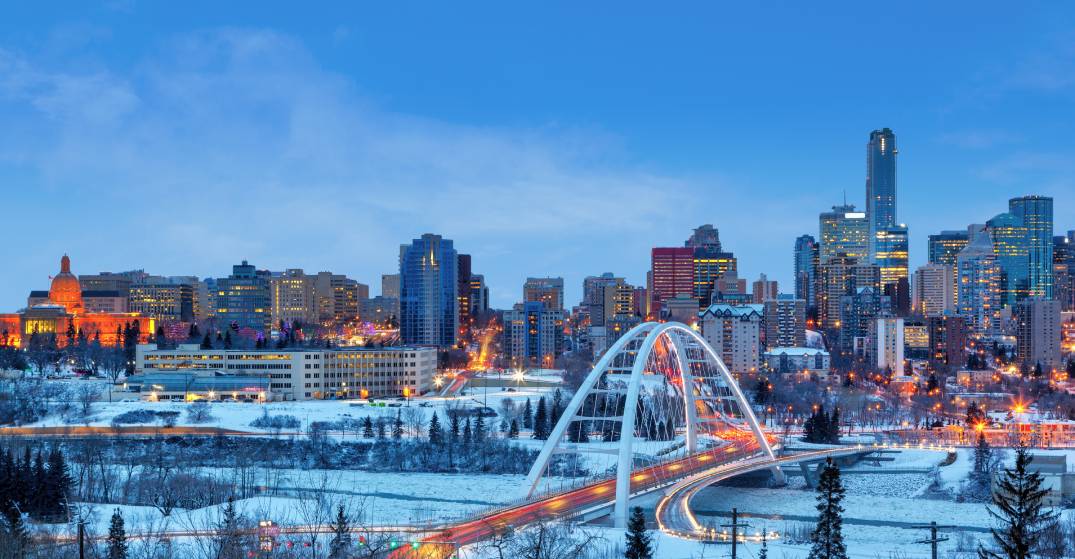 Environment Canada has issued a snowfall warning for Edmonton, with heavy snowfall expected for parts of Alberta through to Tuesday, November 16.

Snow is expected to begin in western Alberta on Monday morning and spread eastward through the day, reaching regions in central Alberta by the early afternoon.

Jasper will see 10-15 centimetres of snow through the day on Monday, with an additional 2-4 centimetres expected overnight into Tuesday.

Other regions of west central Alberta will see 5-10 centimetres of snow through the day on Monday, with an additional 10 centimetres expected overnight into Tuesday. 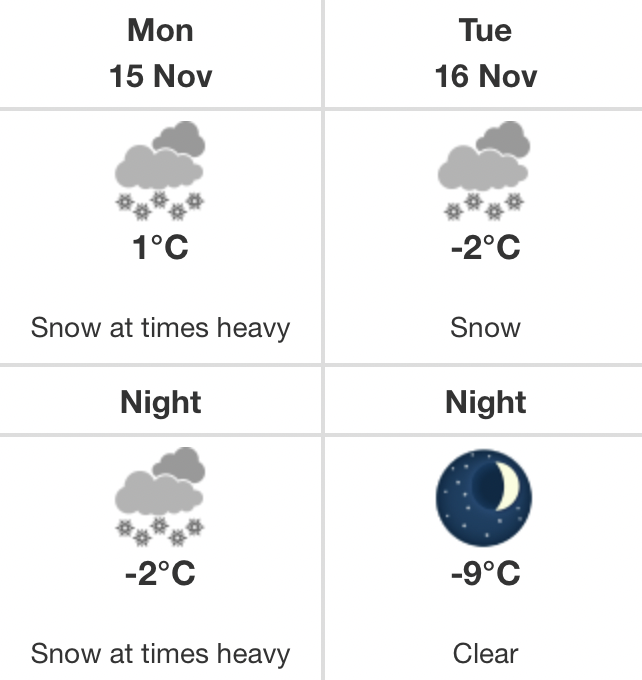 Regions near Edmonton and north of the city will see 2-4 centimetres of snow through the day on Monday, with an additional 10-15 centimetres expected overnight into Tuesday.

Monday also will have some strong winds in our city, with Environment Canada calling for wind from the northeast at 20 km/h gusting to 40 becoming northwest 30 gusting to 60 near midnight.

It’ll be a little frigid too, with a forecasted low of -2 but with the wind chill it’ll feel like -9 overnight.

Environment Canada suggests you be prepared to adjust driving with changing road conditions. Rapidly accumulating snow could make travel difficult over some locations.

Visibility may be suddenly reduced at times in heavy snow, so take frequent breaks and avoid strain when clearing snow.

So there you have it. We made it to mid-November before the first snowfall warning of the season was issued for Edmonton. We had a good run!