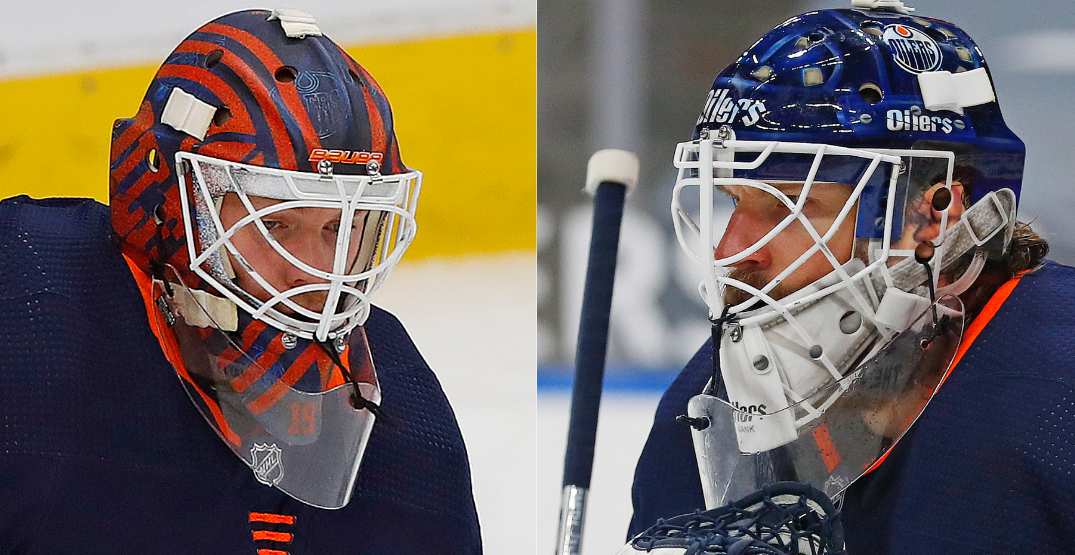 The Edmonton Oilers could spend the summer months looking for an upgrade in net.

With starter Mike Smith questioning his future and fellow netminder Mikko Koskinen expected to hit unrestricted free agency on July 13, the Oilers could debut an entirely new tandem when the puck drops on the 2022-23 season this October.

And there are few things on the list that might tempt general manager Ken Holland more than adding a potential No. 1 — even if doing so is a long shot.

“No. I don’t think we have a No. 1 goalie,” he said in exit interviews less than 48 hours after Edmonton was swept out of the Western Conference Final by the Colorado Avalanche.

“I’m gathering information and then I’ve got to make some decisions.”

Smith started all 16 postseason games for the Oilers, posting an 8-6 record with a 3.37 goals-against average and .913 save percentage. The 40-year-old has one season remaining on a two-year contract with an average annual value of $2.2 million.

He was non-committal about his future Tuesday after a “challenging,” injury-riddled campaign.

“It’s been a grind for sure,” Smith said. “I’m not getting any younger. I don’t know where I’m going to be at, but I know it was a lot more difficult this year than in years past, but I don’t know at this point.”

“Obviously looking back on it in the brief time I’ve had to decompress, I guess, challenging at times. Some good things, obviously. But a grind. A grind of a season. Fun to make the playoffs and go on a run like we did, but playing through injuries for the majority of the season is not easy. I don’t know where I’m going to be four months from now, but I’ve got a lot of stuff to deal with.”

He’s reportedly signed a contract to play in Switzerland for next season.

“Mike Smith and Koski, they dug in for us. They dug in for us all year,” Holland said. “You don’t make the playoffs in the NHL without getting good goaltending. But certainly, Smitty’s 40 years old. He gave us everything that he could and I’ve got to meet with him to see what he feels he’s got in his tank. He knows his body and we’ve got to gather some information.”

The Oilers can expect to elevate prospect Stuart Skinner to the NHL ranks on a full-time basis.

Skinner, 23, had a 2.62 goals-against average and .913 save percentage in 13 appearances with Edmonton this season. He went 22-7-7 fronting the Bakersfield Condors, the Oilers’ American Hockey League affiliate.

But not the solution to Edmonton’s not-so-sudden goaltending conundrum.

“Do I want a No. 1 goalie, a stud that can play?” Holland questioned. “Yeah. I think 32 teams want that. It’s like NFL quarterbacks. It’s a unique position. There’s only a small amount of those, and certainly many of those are homegrown. They’re drafted, they’re developed.

“I’m going to try to figure out a way to make our team the best that we can make it heading into September.”