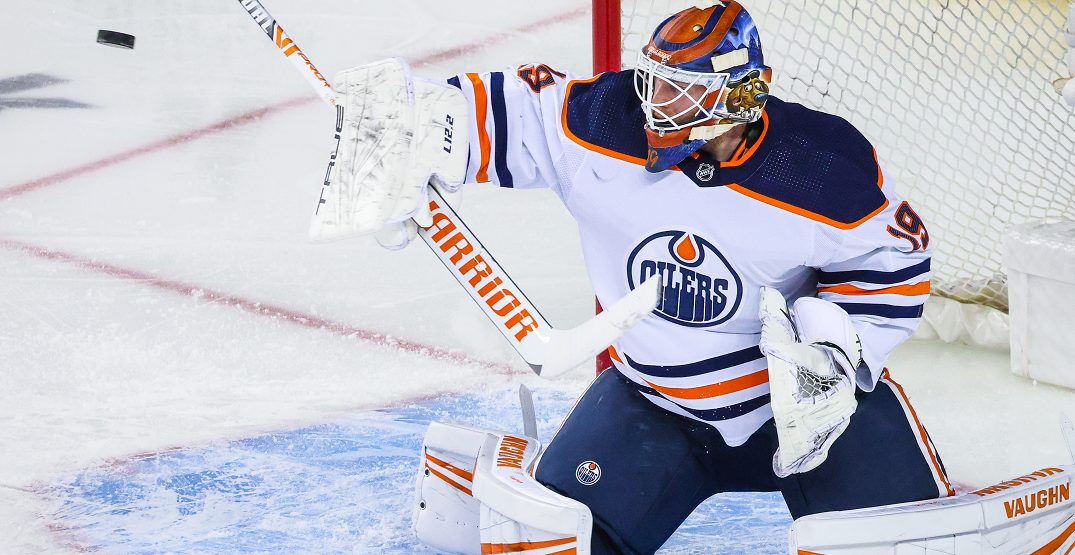 Edmonton Oilers goalie Mikko Koskinen is getting a contract next season, but it doesn’t appear like it’ll be in the NHL.

Koskinen has reportedly signed a contract in Switzerland for next season to play with Lugano.

News of the offer was first reported by the Swiss Hockey News and later confirmed by Lugano’s head coach Bob Hartley via 919 Sports’ Raphaël Doucet.

The deal will likely become official shortly after the Oilers’ season ends, whenever that may be the case.

Koskinen originally joined the Oilers in 2018-19 as a free agent out of the KHL’s SKA Saint Petersburg organization, and immediately earned the team’s starting role. But it’s been an up and down few seasons for the 33-year-old Finn, who never played as many games for the Oilers as his 55 in his first season with the team.

Koskinen is 83-59-13 in 164 games with a goals against average of 2.98 and a save percentage of .907 for the Oilers in his career. Koskinen was subbed in for Mike Smith in Game 1 of the Oilers playoff series against the Flames, his only playoff action this season.

Koskinen is currently in the final year of a three-year contract with the Oilers, the last transaction made by ex-Oilers GM Peter Chiarelli.

Koskinen signed his deal with the Oilers on January 21, 2019, while Chiarelli was fired the very next day.