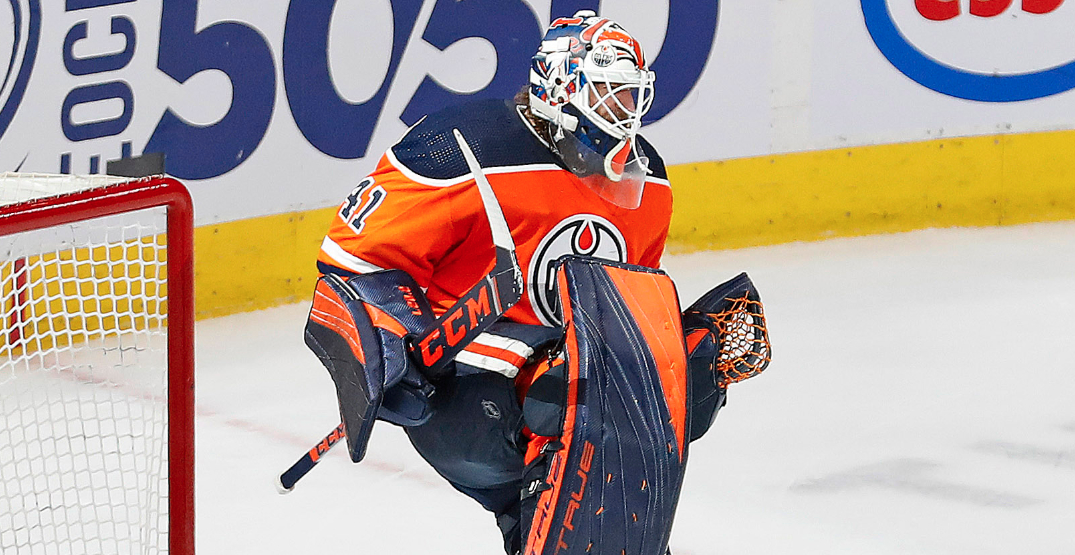 The old cliché says something along the lines of only being able to go as far as your goaltender can carry you in the Stanley Cup Playoffs.

That might be especially true for the Edmonton Oilers.

A month ago, it looked like no playoff-bound group was going to enter postseason play with a bigger question mark than their netminder. Turns out that answer was 40-year-old Mike Smith, who turned in arguably the best month of his NHL career, comfortably placing his Oilers into the extra-curricular action.

“I’ve said it numerous times,” Smith said earlier this month. “At this time of the season you want to be at the top of your game and be a big reason why you’re heading to the playoffs and playing your best games to give the team the best chance to win.

“That’s all I’ve been focused on.”

Smith earned an NHL-leading nine wins, a perfect run with nine starts to make him just the second goalie in NHL history alongside Jacques Plante to net a nine-game winning streak at age 40 or older. He also put together a 1.66 goals-against average and .951 save percentage with two shutouts. The run, which featured at least 30 saves in each contest, saw Smith allow two goals or fewer seven times.

“My age, it’s something I really don’t think about,” Smith said. “I don’t feel like I’m 40. I feel like I have a lot to prove, still. I feel like I don’t have a lot more opportunities to achieve the ultimate goal, so I think this time of the year, you want to be a big reason why your team’s having success. This year is no different.”

He also mixed in an assist to help push Edmonton’s record to an 11-2-1 mark in April, helping the team secure second place in the Pacific Division and a date with the Los Angeles Kings in the first round.

It’s a dramatic swing from how he began the season. The oft-injured netminder had just two wins in his first six starts, and boasted a bloated goals-against average of 3.76 and a sub-.900 save percentage.

The mojo is there now.

And it’ll be the biggest factor in how far the Oilers could go this spring.

“I think it’s just about taking it one day at a time, preparing for your next start, and playing to your capabilities,” Smith said. “And I feel that if I do that, I give this team a chance to win on any given night.

“You want to keep the momentum going as long as you can, and be a big part of the reason the team is having success.”