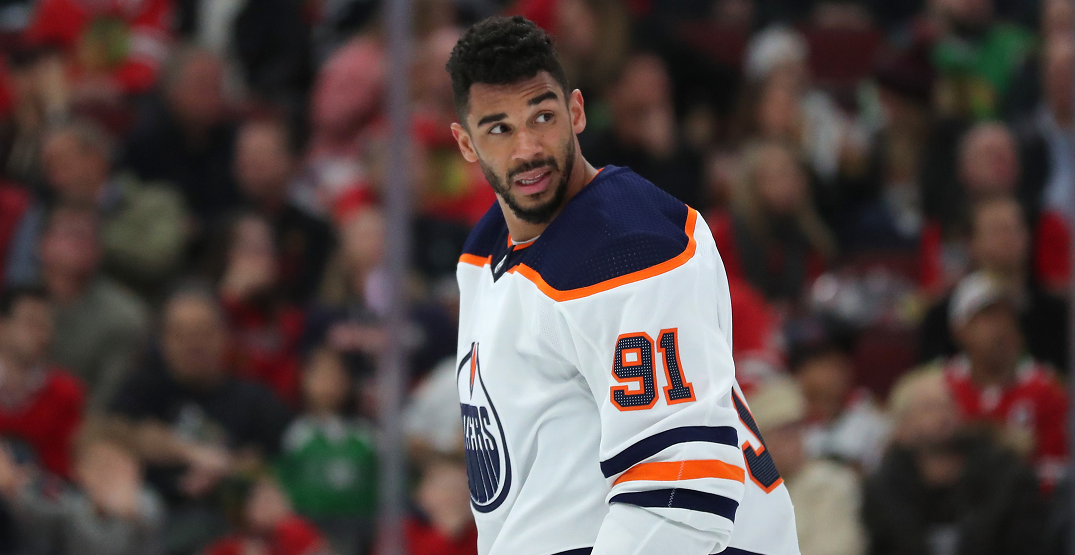 Where? For how long? How much money? Well, that’s three tougher questions to answer.

Kane put up 22 goals and 17 assists in 43 regular-season games for the Oilers, while adding 13 goals and four assists in 15 playoff games after signing for the team in January.

“I’ll go back to when I was in a similar but very different situation a few months ago where I had the opportunity to kind of pick where I wanted to go. Edmonton was interested in me and I was interested in them,” Kane reflected on his initial Oilers contract at the team’s end-of-season media availability. “The way I look at it…you’ve got two of the best players in the world. You’ve got a team that wants to win now and is primed to win now.”

Kane joined the Oilers this past season midway through the year on a one-year deal after having a previous contract terminated by the San Jose Sharks. Kane has found his name in the headlines for a host of off-ice issues: bankruptcy, a COVID-19 protocol violation reported to be a fake vaccine card, and a lengthy legal battle with his ex-wife that included allegations of neglect and Kane gambling on his own games.

Kane was cleared by the NHL of his gambling allegations but reportedly remains with a two-sided restraining order with his ex-wife.

“I think me joining… [we] had a great opportunity to win. I’m happy to say that we had some success doing that. I think moving forward, obviously, there’s a lot of things that factor into a decision,” Kane added about his time in Edmonton.

Oilers forward Zach Hyman, who joined the team last summer on a seven-year deal, says that Kane was a “massive addition.”

“I think he revamped the top-six, obviously. He was able to play with anybody there and have success and score big goals. Led the playoffs in goals to date right now. Just a huge part of our team,” Hyman said.

“First of all, I think we’re very happy with how he came to our team, what he brought to our team, obviously, on the ice. Off the ice he was amazing. He was a great team guy. Put the team first. Helped our team in a big, big way. I think we’d love to have him back… Those guys are hard to come by. Those are the guys you can go on runs with and those are types of guys you’re going to win with eventually.”

“You saw how he performed in the playoffs,” McDavid said. “Those are the types of guys you need.”

Kane called the Oilers the “best organization I’ve played for.”

NHL free agency opens July 13, though Kane is free to renegotiate and re-sign with the Oilers at any time prior to that.