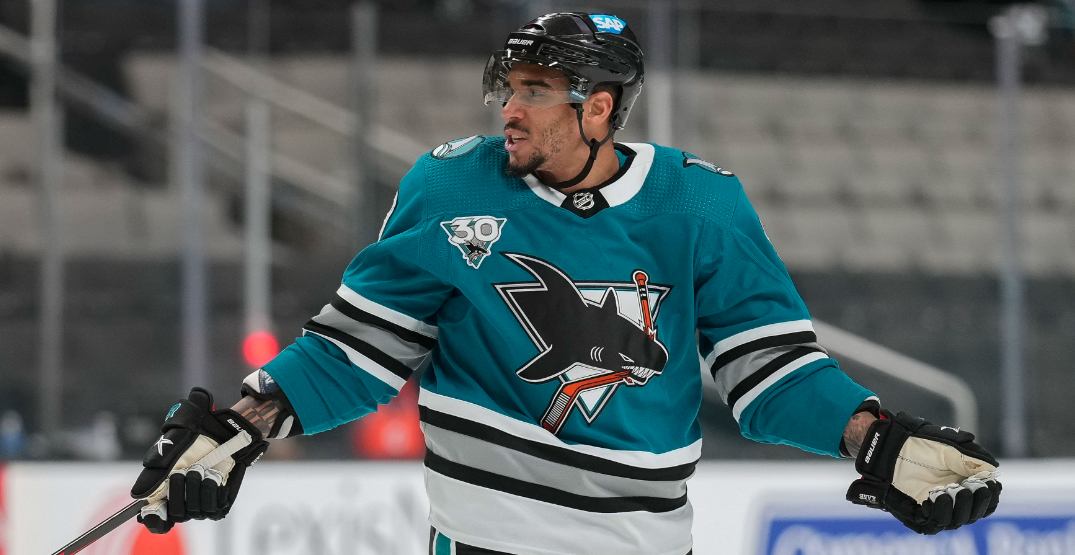 The Edmonton Oilers have reached out on Evander Kane.

Oilers general manager Ken Holland confirmed in a media conference Tuesday that Edmonton has reached out to the Kane camp after Kane cleared unconditional waivers Sunday.

“I’ve talked to his agent,” Holland said. “His agent is Dan Milstein. I know Dan very well because he was Pavel Datsyuk’s agent, and I had lots of dealings with Dan Milstein. So I have talked to Dan Milstein. As a manager, it’s my responsibility to investigate every situation, talk to managers.

Kane cleared unconditional waivers Sunday, and the San Jose Sharks terminated the final three-and-a-half years on his seven-year, $49 million contract after being released “for breach of his NHL Standard Player Contract and for violation of the AHL COVID-19 protocols.”

Milstein indicated Saturday that they would file a grievance on the termination.

We are aware of the Sharks’ decision to put Evander on waivers for contract termination. If he clears, we will file a grievance. The Sharks do not have sufficient grounds for taking this action. #WeAreGoldStar!

Kane, now an unrestricted free agent, reportedly travelled to Vancouver while COVID-positive, leading to his contract termination, according to Kevin Kurz of The Athletic.

He was suspended for 21 games earlier this season due to reportedly submitting a fake vaccination card. Kane’s ex-wife has accused him of parental/spousal neglect, domestic abuse, and claimed that he was throwing games as part of a gambling operation.

The NHL said there was “no evidence” to support these claims following an investigation, while Kane eventually was vaccinated, per SJ Hockey Now’s Sheng Peng.

“I believe in second chances,” Holland said. “It’s hard to be perfect. We’re all people. We all make mistakes. Some make big mistakes. Some make little mistakes. But it’s hard to be perfect. I think if somebody makes a decision or does something in their life and make a mistake, I think they have to try to learn from it and try to change and should be entitled to a second opportunity once they do some of those things.”

Kane had six goals and eight points in five games in a stint with the San Jose Barracuda of the American Hockey League after being assigned to the minors after serving his suspension.

He last played for the Barracuda on December 18, before entering COVID protocols on December 22, where he was symptomatic, according to Peng.