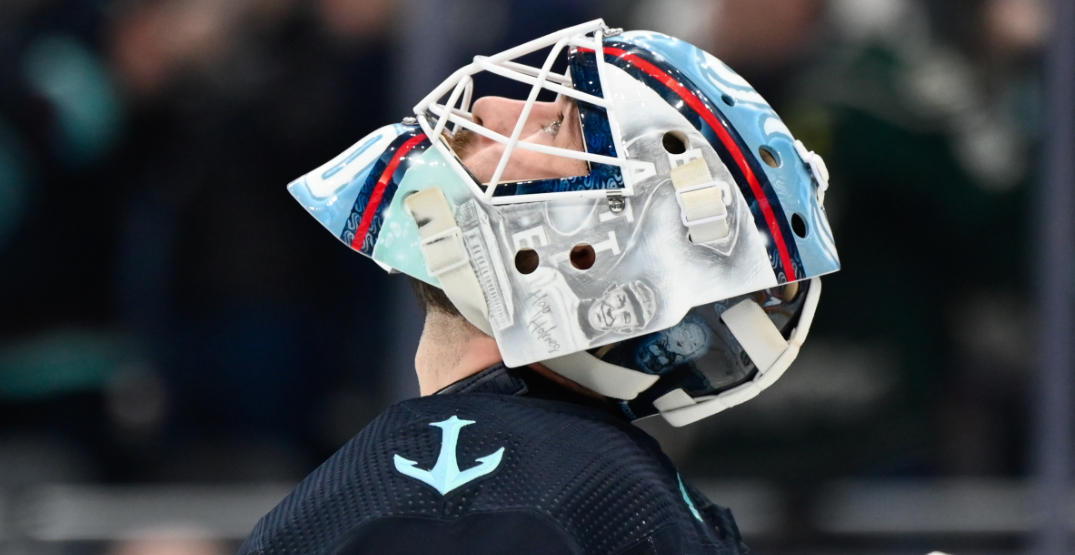 It’s not looking good for the Edmonton Oilers.

So the Oilers are looking.

According to Darren Dreger, Edmonton is in the market for some goaltending help.

“They are looking at upgrades in other areas, particularly goaltending,” Dreger said on Insider Trading earlier this week. “Kenny Holland is obviously looking at the options available on the market.”

The Oilers are a woeful 2-9-2 in the past 13 games and have fallen from the NHL’s best to outside of the playoff picture — at least in terms of winning percentage — with a horrendous five weeks.

Goaltending has been a major issue in that run, with all three Edmonton netminders posting a sub-.900 save percentage since December 3.

Mikko Koskinen’s struggles have been at the forefront. He is 0-5-1 in his last six starts, boasting a 3.99 goals-against average and .866 save percentage in the process.

Mike Smith, Edmonton’s 39-year-old defect-o starter, hasn’t been much better in his return from a nagging injury. He’s 0-2-1 in his first action since October 19, posting a bloated 4.37 goals-against average and .877 save percentage.

Prospect Stuart Skinner, who has seen spot duty in Smith’s absence. He’s the only Oilers goaltender to win in the past month, posting a 2-2-0 record with a 3.05 goals-against average and .899 save percentage.

No other options exist for Edmonton. At least not internally.

It’s why they are reportedly looking externally.

Here’s who they should be considering.

Not a whole lot has gone right for the Seattle Kraken this season, which could lead to the auctioning of goaltender Chris Driedger, who has primarily served as the struggling squad’s backup this season. He’s started just seven of 23 games playing behind long-term signee Philipp Grubauer and hasn’t hit a stride with a 3.49 goals-against average, and .892 save percentage after an incredibly strong two-season run with the Florida Panthers from 2019-2021.

The 27-year-old signed a three-year, $10.5 million pact with Seattle on July 21, seven days before the Kraken committed six years and $35.4 million to Grubauer. It wouldn’t be out of the realm of possibility to suggest Driedger might want more of an opportunity to start, and the team is looking to use some funds elsewhere. Outside of Driedger’s 10-team no-trade list, one question that would pop up is whether the Kraken would want to keep him in-division.

The crease has gotten a little less crowded with the retirement of Ben Bishop last month, bumping four NHL netminders down to three. Dallas settled on two — Braden Holtby and Jake Oettinger — when they opted to put Anton Khudobin on waivers three weeks ago.

Khudobin, who carries a cap hit of $3.3 million for this season and next, hasn’t exactly lit the NHL on fire this year, hence his minor-league stint. He has a .873 save percentage and a 3.73 goals-against average in seven appearances that is cause for concern, but the larger body of work, including a run to the 2020 Stanley Cup Final, is more than intriguing. His acquisition cost is, too.

There isn’t a move the Montreal Canadiens could make that would shock anyone at the moment, so optioning goaltender Jake Allen — even with Carey Price not ready to return — is entirely plausible. He shouldn’t be difficult to move to a team with goaltending issues, either. Allen carries a reasonable $2.875 million contract that expires at the end of the 2022-23 season.

But is he an upgrade over what Edmonton already has? Allen has rough numbers with a 3.10 goals-against average and .903 save percentage, though he is playing behind a porous defence in Montreal that has allowed the third-most high-danger goals against this season. He’s a season-and-a-half removed from a 2.15 goals-against average and .927 mark with the St. Louis Blues in 2019-20.

Joonas Korpisalo, from a salary perspective, is likely one of the most affordable goaltenders on the trade loop at the moment. One, he’s a pending unrestricted free agent at season’s end, so if his tenure in a new locale is unsatisfactory, there’s no extended cost to carrying him into next season. He’s also coming in at a tidy $2.8 million cap hit, which is also easily digestible.

The performance, however, might not be where Edmonton would want in an acquisition. Korpisalo’s numbers are worse than Koskinen’s for the most part, with the Columbus Blue Jackets goaltender edging out his counterpart, slightly, in some advanced metrics. A change of scenery could boost Korpisalo, but that’s a gamble for any team already with goaltending woes.

Semyon Varlamov has all the makings of a strong frontrunner for the Oilers to consider. First, he’s got a history of being a strong performer, boasting a career save percentage of .916 to go along with a 2.63 goals-against average over the course of 538 regular-season games. So the sample size is there. He’s also currently serving as the understudy with the New York Islanders, giving way to their long-term solution in 26-year-old Ilya Sorokin.

It doesn’t hurt that the Islanders are performing well below expectations, nor does it hinder that Varlamov’s contract status is palpable. Varlamov, who started the season on injured reserve and made his season debut in November, is owed a reasonable $5 million per year this season and next — making him affordable should the Oilers be able to send Mikko Koskinen the other way. The only real hangup is whether or not Varlamov would waive his 16-team no-trade list to make the move to Edmonton.

Marc-Andre Fleury is the biggest item on the menu. He’s got the pedigree, performance, and an expiring contract to make things a bit easier to work and digest, including in expected cost and available flexibility next season should the Oilers want to give Skinner an extended look alongside Smith next season.

There’d be a move or two to be made in order to accommodate the salary commitment — Fleury nets a $7 million cap hit, and Edmonton is shy on space. Fleury, who won the Vezina Trophy as the league’s top goaltender last year, could also require some convincing should the Oilers be among the 10 teams on his no-trade list.