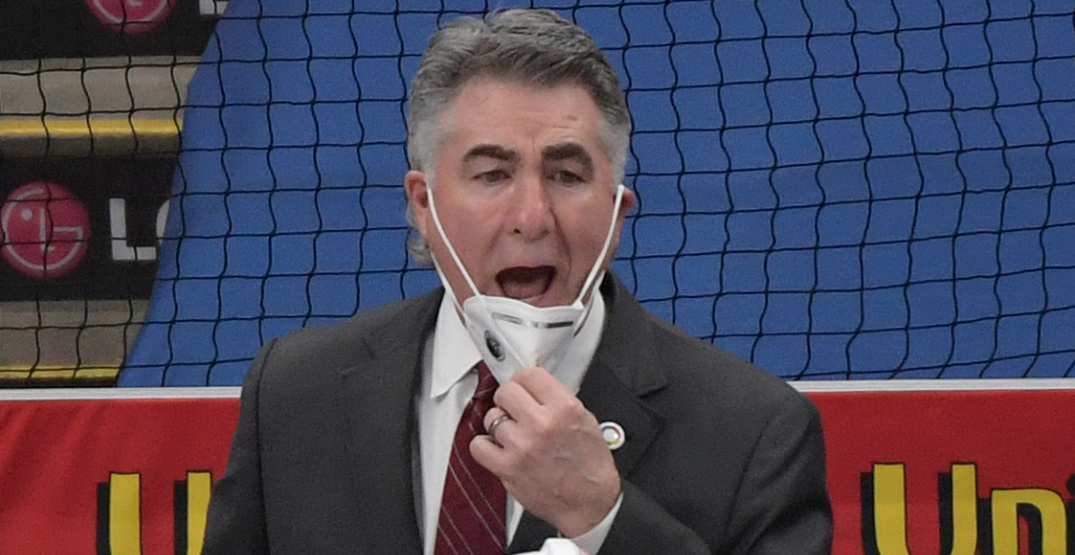 Holland said as much in a media address Tuesday, with the Oilers sputtering to a 2-9-2 record since December 3, prompting questions and speculation about the future of current head coach Dave Tippett.

“I don’t believe in it, I guess,” Holland said. “But I also understand there are times when possibly it needs to be done or should be done.

“We’ve got a bit of a break here. Hopefully talk to Tipp and talk to a few players, make a few tweaks, get people out of COVID, get our team back, and let’s see how we can do.”

The Oilers have had a disastrous run of late after sitting atop the NHL after a hot start to the season.

With a 16-5-0 record on December 2, the Oilers led the NHL in winning percentage. They’ve won twice since, in two games with Tippett sidelined due to COVID-19 protocols.

It’s plummeted the Oilers down the standings in the Western Conference and Pacific Division.

“At my age, that stuff doesn’t bother me a bit,” Tippett said last week. “I’ve been around too long. And I’m with Ken Holland, who is a good man, so I don’t listen to any outside noise. The house is burning for you guys. Inside the coach’s office, in here, we’re trying to put fires out. We don’t worry about the burning.”

Coach Tippett speaks following today's #Oilers skate in Toronto including an update on McDavid & Ryan's status after they were held out for precautionary reasons. @Enterprise | #LetsGoOilers pic.twitter.com/gQjo7nshRq

It’s understandable if Tippett felt like he was on the hot seat, though.

Edmonton has burned a hot start and currently sits outside of a playoff spot. They trail the Calgary Flames by two points for the second wild card into the Stanley Cup Playoffs from the Western Conference.

“If we can win a couple games and get our swagger back a little bit and feel good about ourselves and start to ride the wave…it’s going downhill in the wrong direction and we’ve got to turn this thing around. I believe we’re going to get going here.”

Only two teams have accumulated fewer points than the Oilers since December 2, and both of those clubs — the Montreal Canadiens and Arizona Coyotes — have played three fewer games than Edmonton.

“Our last game was against Toronto. You look at the record. I break it down. Against Toronto it’s 2-2 with seven minutes to go. We take a penalty, they score. I thought it was a pretty even game. We lose in overtime on the Island. We’re up by a goal in Jersey and they tie it late and they beat us in overtime. We’re 2-2 late in the second period in St. Louis.

“We’ve given up the first goal 21 out of 25 games, so it feels like the last six weeks we’ve been sort of chasing the game. Even falling behind, even with the special teams, we seem to find a way to play our way back into the game.

“I feel that we have a team that’s competitive. They’re competing. We’re just not winning. I understand we’re in pro hockey and we’re judged on wins and losses, and we haven’t won enough, but I believe the coaching staff, the team is playing hard and competing every night.”

Not once in his 24-year career as an NHL general manager with the Oilers and Detroit Red Wings has Holland ousted is coach in-season.

It doesn’t sound as though that will change in Edmonton this season.

“On December 2, we were first place in the National Hockey League overall,” Holland said. “We’ve had a bad five weeks.

“You can’t keep whipping through coaches. You can’t.”