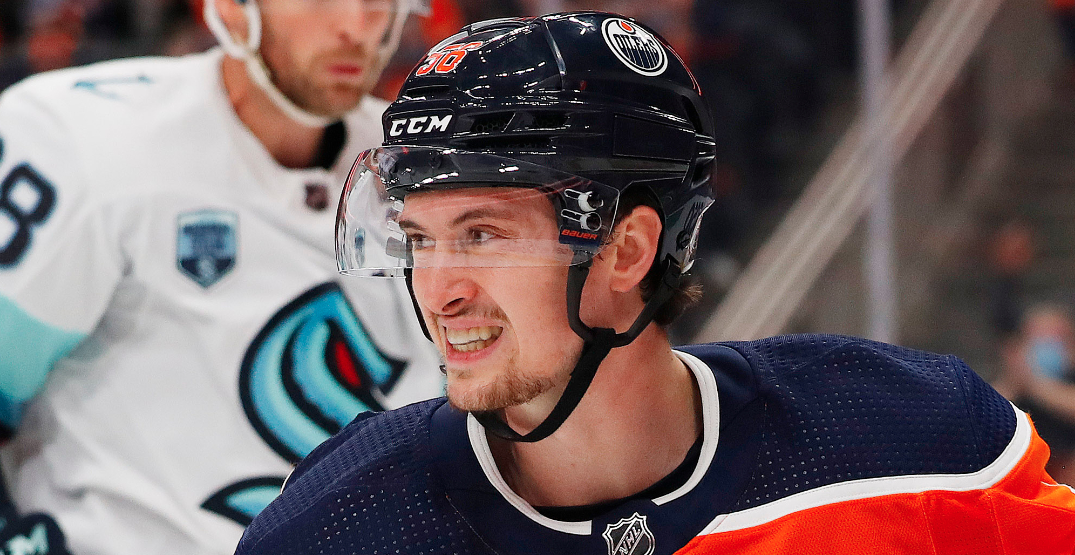 Two members of the Edmonton Oilers are apparently heading to arbitration.

Forwards Jesse Puljujarvi and Kailer Yamamoto are each believed to be filing for arbitration before Sunday’s deadline of 3 p.m. MT, according to PuckPedia.

Both players were given qualifying offers last week.

Puljujarvi is reportedly being actively shopped by the Oilers. He had an NHL career-high with 22 assists and 36 points in 2021-22, but was a lightning-rod of discussion throughout the year.

The No. 4 pick in the 2016 NHL Draft netted six goals in his first 11 games while playing in the Oilers’ top-six. He had just four in the 29 that followed leading into the NHL All-Star break in February, and closed out the latter third of the season with another four goals in 25 games.

It’s been speculated that both Puljujarvi and the Oilers are looking for a fresh start.

“Here’s what I’ve been told. Here’s my understanding. Here’s what I know. Take it how you want to. I’ll preface it by saying I like Jesse Puljujarvi. I like the person. I like the player. I think he’s going to be a good player. What type of player he becomes, we shall see,” Gazzola started on The Oil Stream podcast last month.

Puljujarvi, who Evolving Hockey projects to net a four-year contract with an annual value of $4.132 million, scored twice in Edmonton’s 16-game playoff run.

Evolving Hockey projects Yamamoto’s next contract to land in the five-year, $26-million range.

The Oilers have a little under $69,000 in space remaining, according to CapFriendly, but will see defenceman Oscar Klefbom and goaltender Mike Smith each land on long-term injury reserve. The moves will clear up more than $6.3 million in additional space.