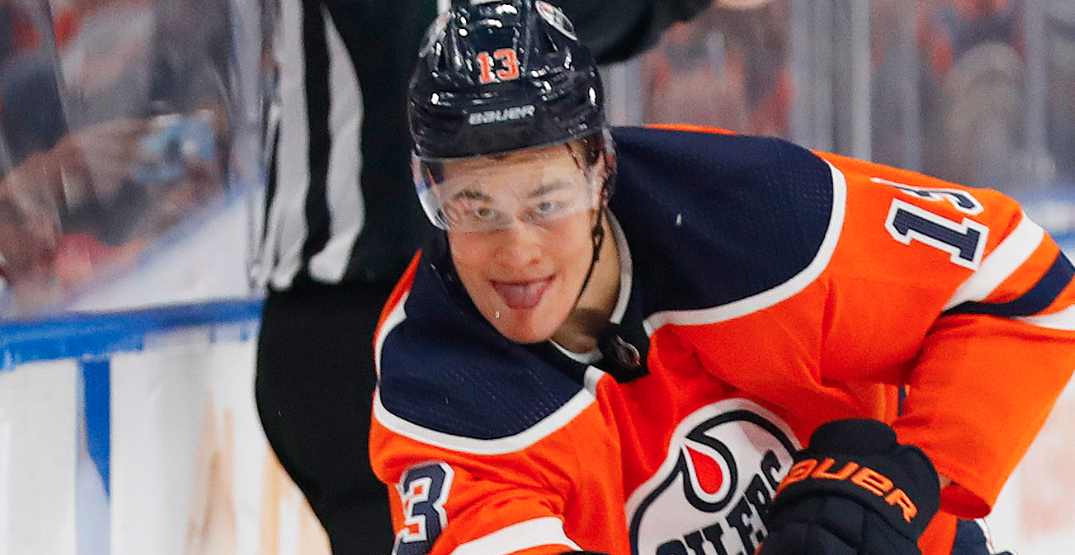 The Edmonton Oilers are “actively shopping” the 24-year-old winger, according to a report from Kevin Weekes of ESPN.

I’m told the @EdmontonOilers are actively shopping F Jesse Puljujarvi, and there’s some interest from clubs in market for his services. Curious to see if there’s a match for potential deal between now and next week’s Entry Draft. @espn @NHL #HockeyTwitter

“There’s some interest from clubs in market for his services,” Weekes tweeted on Monday. “Curious to see if there’s a match for potential deal between now and next week’s Entry Draft.”

Puljujarvi is coming off a career year in Edmonton after netting personal highs in assists (22) and points (36), and was one off his NHL career-high with 14 goals.

He is a polarizing pending restricted free agent.

Puljujarvi scored six goals in his first 11 games while playing in the Oilers’ top-six to kick off the 2021-22 season. He followed that up with just four strikes in the next 29 games, and closed out the season with another four tallies in the final 25 games of the regular season.

He had the fifth-most expected goals per 60 minutes on the team at 1.33, and led the team in shot attempts percentage at 58.8%.

“Certainly he played really good the first quarter of the season and then he kind of came off it, and I think it was a struggle for him, I think the last half. I think he lost his confidence. Then he lost his confidence, he obviously was in the top-six and he worked his way into the bottom-six.”

Puljujarvi, the No. 4 pick in the 2016 NHL Draft, has already been linked to the Ottawa Senators, amongst a handful of teams, according to TSN’s Chris Johnston.

“There are discussions as well in Edmonton on Jesse Puljujarvi’s future and it sounds right now as though the trade winds are blowing increasingly stronger,” Johnston said on Insider Trading last week. “There are a couple of teams that have engaged with the Oilers in trade talks on Puljujarvi. One of them is believed to be the Ottawa Senators.”

He is coming off a two-year contract with a total value of $2.35 million.