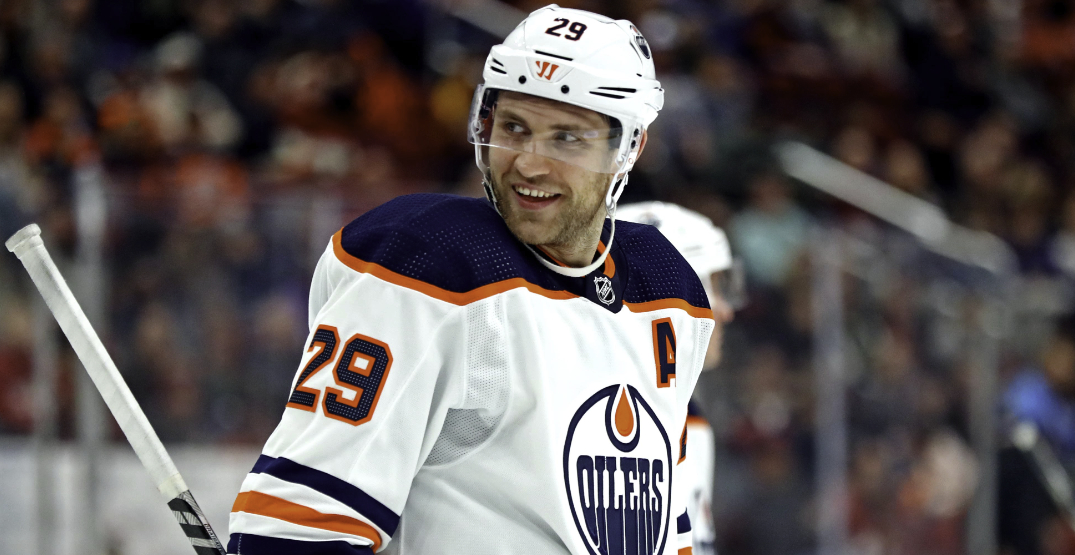 Leon Draisaitl doesn’t seem to think he’s going to do it.

It seems like there’s plenty of reason to disagree with him.

But Draisaitl has charged out of the gate to the tune of 20 goals in 19 games, sparking discussion as to whether or not the German-born sniper can join elite company and become the first player to hit that elusive 50 goals in 50 games mark since Brett Hull notched the accomplishment some 30 years ago.

“I think it’s a little, I don’t know what to say, crazy to think that I’m going to score 50 goals in 50 games,” Draisaitl said Wednesday following a 5-3 win against the Arizona Coyotes — a quiet two-goal, four-point outing for the multipurpose forward.

“Obviously, right now, pucks are going in for me, but this is a tough league to score in, so I don’t expect to hit that stat at all. I’m going to keep shooting. If they go in, great.

“I know there are going to come times when they’re probably not going to go in.”

The only player in Oilers franchise history to reach the 20-goal plateau in fewer games played than Draisaitl is Wayne Gretzky, in 1983-84. The last player league-wide to do it was Pittsburgh Penguins captain Mario Lemieux in 1995-96.

“I think it’s harder to do today, and Leon is finding a way to keep pace.”

Still, not bad company to be mentioned in.

And while there may not be a lot of internal belief, history has shown it’s not entirely out of the realm of possibility that the 26-year-old gives it a solid run.

Most Goals Through #LetsGoOilers First 19 Games of a Season:

And if Draisaitl needs a slightly larger sample size to help convince him, he had seven goals in six games to close out the 2020-21 season.

That gives him 27 goals in his past 25 regular-season games.

And a legit shot when he’s scoring at a goal-per-game pace.

“You expect me to score 82 goals this year?” questioned, Draisaitl, who is also the first player to record 40 points through the first 19 team games of a season since 1995-96 when Mario Lemieux had 44 points, and Jaromir Jagr hit 41 points.

“That’s not going to happen.

“That’s not going to happen. Obviously, playing with No. 97 makes it a lot easier. A lot more free ice with him out there with him. I don’t expect that of myself. That’s not anything that’s realistic. I’m just going to continue doing my thing, and if they go in, great.