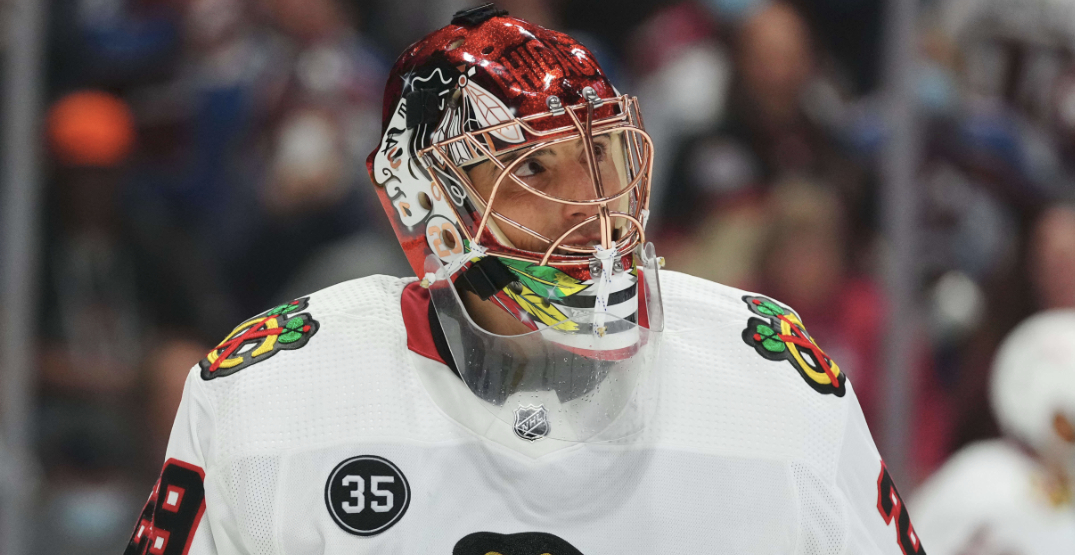 The Edmonton Oilers are rolling.

An 11-4-0 mark has the Oilers atop the Pacific Division — at least in terms of win percentage — and there’s little to nitpick for a team pacing the NHL in goals-per-game.

Except, perhaps, their goaltending. And what to make of it.

Mike Smith, who signed a two-year, $4.4 million extension with Edmonton in July after posting a 21-6-2 record last season with a 2.31 goals-against average and .923 save percentage, has been sidelined with a lower-body injury since Oct. 19, and suffered a setback last week.

Mikko Koskinen has filled the vacancy, sort of. The second-stringer shares the NHL lead with nine wins and has logged a respectable 2.96 goals-against average and .910 save percentage through 11 games to start the season.

It hasn’t always been smooth, though.

Koskinen, who is in the final season of a three-year contract with an average annual value of $4.5 million and a 15-team no-trade list, is 5-1-0 in November despite some shaky numbers. And Koskinen slots 36th among NHL netminders with at least three starts in goals saved above expected, at -0.5, according to MoneyPuck. He’s 35th in wins above replacement at -0.08, too.

The reviews out of Edmonton of late haven’t all been positive.

In his last six starts Mikko Koskinen has allowed a goal on 2nd shot vs SEA, 3rd shot vs NSH, 2nd shot vs NYR (snipe from Chytil), 4th shot vs BOS, 10th shot vs STL & 1st shot vs WPG. He’s rebounded well in those games (4 wins) but it’s a problem.

I don’t care if Koskinen made a few good saves in the first, letting in a non NHL caliber goal early a game is unacceptable and happens too often for him regardless of save percentage.

Koskinen can make many big stops, but allowing the softy is his nemesis. Has always been an issue. That Lowry shot has no business going in.

Not the most ideal of scenarios for a team with Stanley Cup aspirations.

So what’s the solution?

The likely result seems to be giving third-in-line Stuart Skinner some runway. His acquisition cost is nil, and he’s shown that he can be reliable — albeit in the smallest of sample sizes.

If anything, giving Skinner a lengthy run provides the Oilers with some runway to see how the cards fall before making a move.

But that’s not nearly as much fun for those on the outside.

And there are a plethora of options, with varying degrees of excitement, out there for the Oilers to consider.

Marc-Andre Fleury, the reigning Vezina Trophy winner as the league’s best tender, is off to a shaky start with the Chicago Blackhawks. Fleury is 3-7-0 with a 3.50 goals-against average and .897 save percentage in 10 starts, but has posted a mark of .955 or better in four of his past six games. Fleury’s acquisition cost should be low — Chicago offered up 23-year-old long shot Mikael Hakkarainen just over three months ago.

Thomas Greiss’ numbers with Detroit haven’t been overwhelming. He’s got a sub-.500 record and a save percentage that sits below Koskanen’s. But Greiss’ underlying numbers are better, and his career .914 mark, a figure that spans 13 seasons, certainly is a longer, better track record than Edmonton’s current starter.

He has a tidy $3.6 million cap hit and is a pending unrestricted free agent, offering flexibility for further moves, too. With Alex Nedeljkovic the longer-term option in Detroit, it makes sense that the low-cost acquisition is attainable.

James Reimer, surprisingly, has been one of the league’s top goaltenders through the opening month of the season. His .943 save percentage is second only to Toronto Maple Leafs stopper Jack Campbell among goalies with four or more starts. A 1.71 goals-against average is just as sparkling. His play has sparked a surprising Sharks this season in splitting duties with a struggling Adin Hill.

But Reimer was inked in July to a two-year pact with a cap hit of $2.25 million (with a five-team no-trade list) to serve as that insulator for the 25-year-old Hill. There’s little reason for San Jose to option Reimer away at this stage.

There’s little doubt that the crease at Beaumont belongs to 26-year-old Ilya Sorokin, and the 33-year-old Semyon Varlamov could be expendable as a result. Varlamov hasn’t been impressive in his start to an injury-riddled 2021-22 season, allowing nine goals on 84 shots in three appearances.

Still, the veteran netminder posted a 2.04 goals-against average and .929 save percentage in 36 games last season. To complicate things, Varlamov has a 16-team modified no-trade clause in a contract that owes him $5 million per season for the next two years.

Jeremy Swayman would be tougher to pry, and more expensive to option, than Fleury. He’s actually out-started projected No. 1 Linus Ullmark, whom the Bruins signed to a four-year, $20 million deal in the offseason. Swayman’s 2.16 goals-against average and .914 save percentage significantly outperforms Ullmark, too.

But Tuukka Rask, albeit technically a free agent, is pushing towards a return and could throw a wrench into the rotation if/when he returns to the Bruins. Boston won’t be too eager to unload a 22-year-old goaltender months after optioning Dan Vladar, 23, to the Calgary Flames this summer.

If it wasn’t already, there’s about to be a crowded crease in Dallas. Jake Oettinger, Braden Holtby and Anton Khudobin have each started this season for the Stars, with the latter two carrying the bulk of the work. That might leave the 22-year-old Oettinger, selected in the first round (No. 26) of the 2017 NHL Draft, as potential bait. He sports a 2.00 goals-against average and .933 save percentage, albeit in only one start — but his figures from 2020-21 are encouraging too.

Injured, and oft-injured, tender Ben Bishop is eligible to return from long-term injury reserve, further complicating things for Dallas. Oettinger’s $925,000 cap hit is easy to swallow, but the acquisition cost might not be.

If the Stars aren’t interested in optioning Oettinger up north, the Oilers could try another option out of Dallas. Khudobin has a 3.03 goals-against average and .897 save percentage through six games, but his career numbers of 2.48 and .917 are more encouraging. He also helped backstop the Stars to the Stanley Cup Final in 2020.

His cap hit of $3.33 million is palatable, and a busy crease in Dallas might be enough to exclude Edmonton from his four-team no-trade list — if playing alongside Connor McDavid and Leon Draisaitl isn’t enough of a reason.