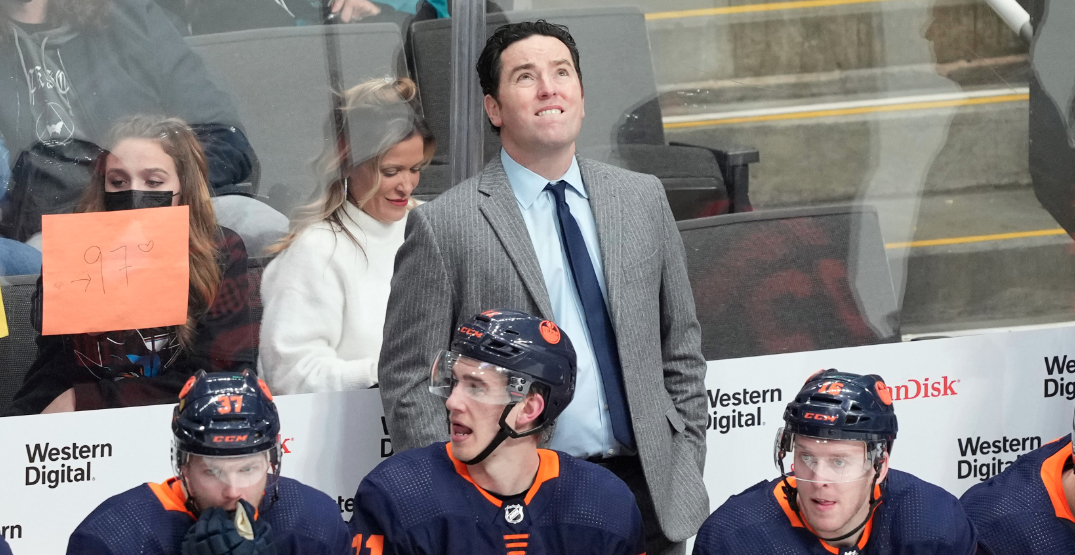 Edmonton Oilers general manager Ken Holland wants to have coach Jay Woodcroft back behind the bench next season.

He’s taking his time making it happen, however.

According to NHL insider Nick Kypreos, Holland and Woodcroft haven’t begun to discuss a new contract for the interim coach who helped the Oilers to their first appearance in the Western Conference Final since 2006.

Doesn’t appear like any contract talks have started yet with @EdmontonOilers head coach Jay Woodcroft. I’m told multiple @NHL teams are monitoring the situation with Jay in Edm as a handful of @NHL teams continue their wait and see coaching search. @FAN590 #RealKyperandBourne

No reason to panic just yet, though. Holland isn’t exactly off schedule.

“The team responded to him and I told him he and I would meet early next week, Monday or Tuesday and have a discussion. Would I like him back? Yes, I am interested in him coming back. I want to hear what he’s thinking. But I think he did a great job and was a big part of what we accomplished.”

After his hiring, Woodcroft led Edmonton to the NHL’s third-best winning percentage at .724 by way of a 26-9-3 record. The regular-season result was the Oilers’ seventh-best finish in franchise history.

Edmonton was swept in the Western Conference Final by the Colorado Avalanche.

“I’ve worked here for seven years. Proud member of this organization. This is my third different job title. I enjoyed it. I’ve enjoyed my time here,” Woodcroft said last week.

“I don’t have any update on it. Ken and I are getting through our player meetings right now, and I’m sure we’ll sit down early next week and work through it.”