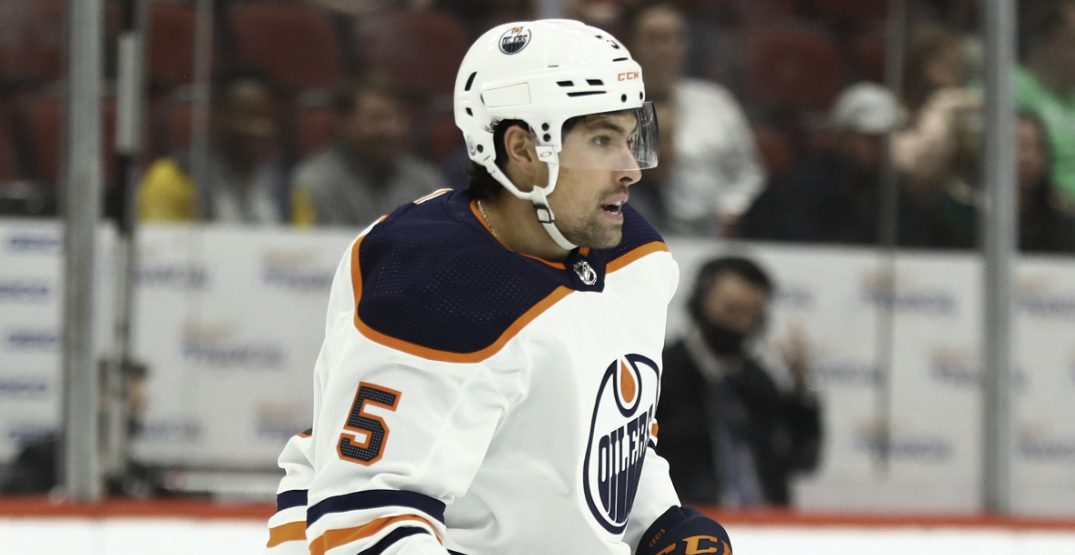 The Edmonton Oilers have cancelled practice as a precaution on Tuesday after defenceman Cody Ceci entered COVID-19 protocols.

The Oilers are scheduled to host Sidney Crosby and the Pittsburgh Penguins at Rogers Place on Wednesday.

Today's practice has been canceled for precautionary reasons.

Edmonton is second in the Western Conference and Pacific Division with 30 points. Their .750 points percentage tops in both and second-best in the NHL.

He is the latest concern on a thinning Oilers defence.

Duncan Keith, who was placed on injured reserve Tuesday, has missed two games because of an upper-body injury.

Defenceman Markus Niemelainen has been recalled from the Bakersfield Condors of the American Hockey League.

The Ottawa Senators and New York Islanders have each had games rescheduled due to COVID-19 issues this season.

The number of active COVID-19 cases in Alberta dropped below 5,000 on Monday, with 806 new infections reported by the province Monday. Since the onset of the pandemic, the province has reported 335,009 cases of COVID-19, with 326,917 now recovered.

The province has introduced new travel measures as the the Omicron COVID-19 variant has been detected in Canada.