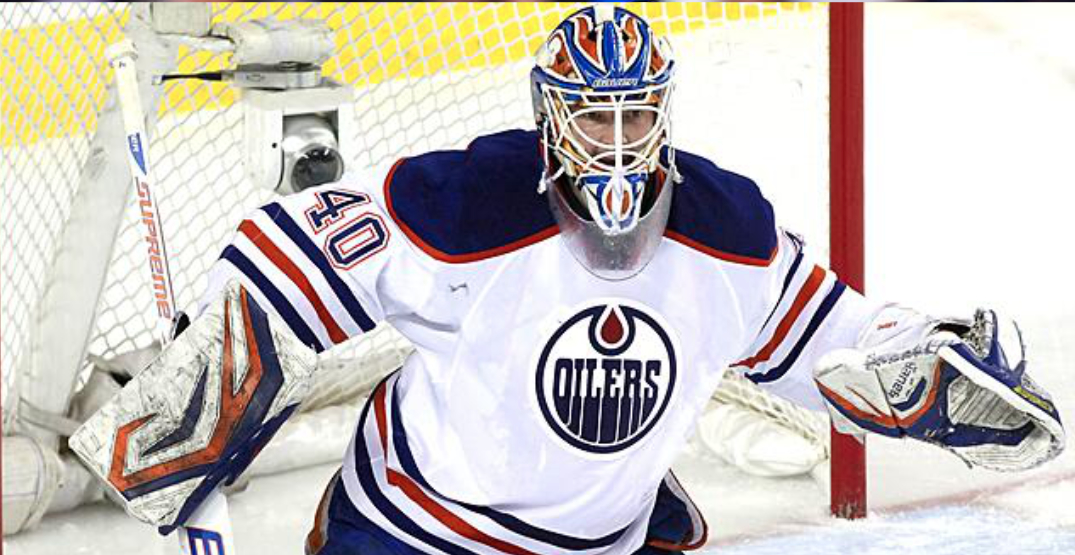 Three former Edmonton Oilers are in the running to represent Canada at the Beijing 2022 Winter Olympics next month.

The trio are reportedly on a “long list” of candidates to represent Canada at the tournament, according to The Athletic’s Scott Wheeler.

Devan Dubnyk, who spent 171 games between the pipes over parts of five seasons with Edmonton, is among those under consideration. Dubnyk was selected in the first round (No. 14) of the 2004 NHL Draft by the Oilers and debuted five years later, amassing a 61-76-21 record with a 2.88 goals-against average and .910 save percentage during his tenure, which ended in a trade to the Nashville Predators on January 15, 2014.

Dubnyk was a finalist for the Vezina Trophy with the Minnesota Wild in 2015 and finished last season in a split between the San Jose Sharks and Colorado Avalanche. Last month, he signed a contract with the Charlotte Checkers of the American Hockey League — a split minor-league affiliate of the Seattle Kraken and Florida Panthers.

Brad Malone, who played 23 games with the Oilers from 2017 to 2019, is also on the list. The forward, who currently captains the Bakersfield Condors — Edmonton’s AHL affiliate — has 38 points (16 goals, 22 assists) in 46 games spread over the past two seasons.

He is currently on a minor-league contract and not an NHL contract, making him eligible to participate in the World Juniors.

Adam Cracknell, one of the shortest-tenured Oilers in franchise history, could also suit up for Canada. Cracknell played just eight games for Edmonton, all in the 2015-16 season, registering no points.

Like Malone, Cracknell currently plays for Bakersfield and has 14 points (10 goals, four assists) in 21 games this season after netting 30 points (11 goals, 19 assists) in 39 games last year.

Matt Tomkins, an Edmonton product who played with the Sherwood Park Crusaders of the Alberta Junior Hockey League from 2011-2013, could compete with Dubnyk for a goaltending gig.

Tomkins, who was selected in the seventh round (No. 199) of the 2012 draft by the Chicago Blackhawks, is currently tending twine for Frolunda in the Swedish Hockey League and has amassed a 12-7-0 record. His .927 save percentage is second-best in the league, while his 2.04 goals-against average ranks fifth.

According to Wheeler, here’s the complete list of rumoured names on Hockey Canada’s radar:

There are questions pertaining to the eligibility of some players on Wheeler’s list, with players like Krebs, Perfetti, and Quinn currently on NHL contracts and playing in the AHL.

The NHL and NHLPA came to an agreement to withdraw from the Olympics last month. The decision was made as a result of rising cases of COVID-19 and the highly infectious Omicron variant.

NHL players attended every Winter Olympics from 1998 to 2014, but the league skipped the 2018 tournament. Participation in the 2022 and 2026 Olympics was negotiated into the NHL’s most recent Collective Bargaining Agreement.

Canada is scheduled to open the Olympic tournament on February 10 against Germany. They will also play preliminary round games against the United States on February 12 and against China on February 13.