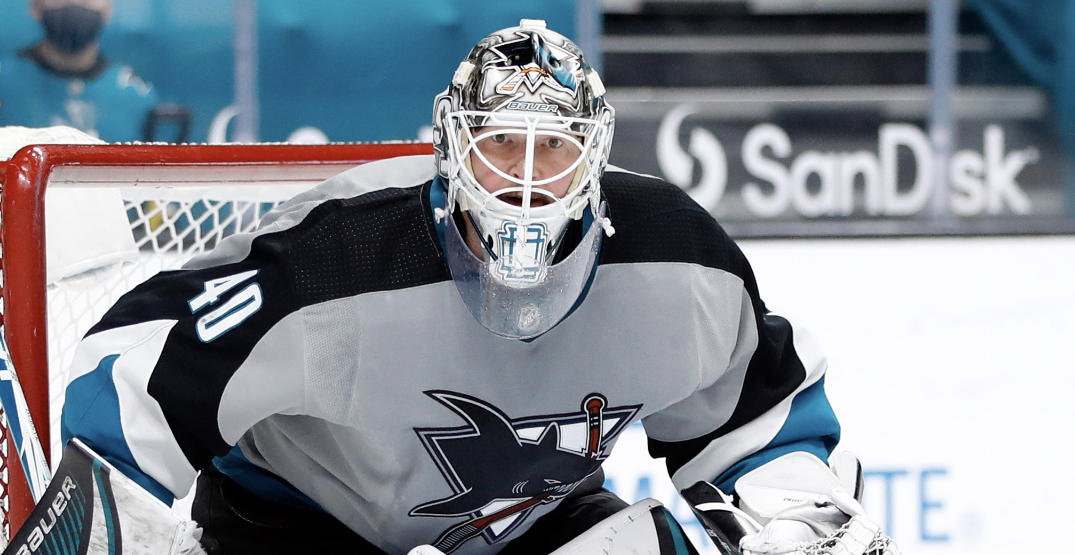 Devan Dubnyk has found some ice.

Dubnyk, who will turn 36 in May, is returning to professional hockey after inking a professional tryout contract with the Charlotte Checkers of the American Hockey League — a split minor league affiliate of the Seattle Kraken and Florida Panthers.

The unrestricted free agent is now the third goalie on the Charlotte roster, joining Antoine Bibeau and Christopher Gibson.

Dubnyk will play for Canada at the Spengler Cup in Davos, Switzerland, on Boxing Day.

Canada is piecing together rosters for the Channel One Cup and Spengler Cup. Here are a few early commitments…

Dubnyk, drafted by the Edmonton Oilers 14th overall in the 2004 NHL Draft and a three-time NHL All-Star, split last season between the San Jose Sharks and Colorado Avalanche.

He last played in the AHL with the Hamilton Bulldogs, the Oilers’ affiliate, in the 2013-14 season.