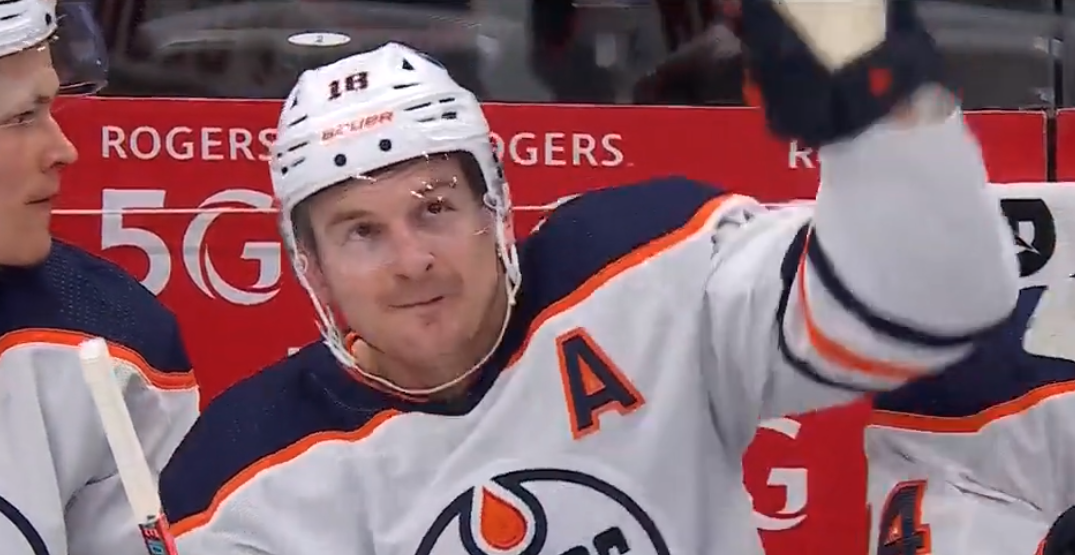 Edmonton Oilers forward Zach Hyman made the most out of his tribute video.

After six seasons with the Toronto Maple Leafs, Hyman signed a monster seven-year, $38.5 million contract with the Oilers this past offseason.

During his time in Toronto, Hyman was one of the team’s most popular players for his hard-checking style of play. In 345 games with the Leafs, Hyman scored 86 goals and added 99 assists to add up to 185 points.

Hyman’s Oilers came to town on Wednesday, playing without fans due to COVID-19 restrictions.

“It’s nice to be back for a day,” Hyman said before the game. “Can’t really do much; everything’s closed, obviously.”

But when the tribute video for Hyman was shown on the Scotiabank Arena last night, he still played along, waving to the non-existent crowd.

Zach Hyman waving to an empty arena after his welcome back tribute. 😭 pic.twitter.com/HFBH1SOp1s

Hyman’s reaction differs from another well-liked Toronto athlete receiving a tribute video in an empty arena. Last week, Los Angeles Clippers forward Serge Ibaka didn’t even appear to look up at the scoreboard for the video the Raptors had clipped together for him.

The Leafs came through with the victory by a 4-2 score after having beaten Edmonton 5-1 in Alberta last month.

And while Hyman said he’s disappointed that there wasn’t a crowd to greet him, he also said that he’d have other trips back in the future.

“It’s the reality,” Hyman added. “People have been disappointed for the last couple of years now. Obviously, we’d like to have fans in the building. The reality is we’re still in this, but hopefully, we’re coming out of it soon.”

Hyman and the Oilers might be looking to get out of something else soon, too, though — their losing skid. Edmonton has now dropped 11 of their last 13 games, picking up just four points in the process.

In 31 games this year, Hyman has 11 goals and nine assists for a total of 20 points.