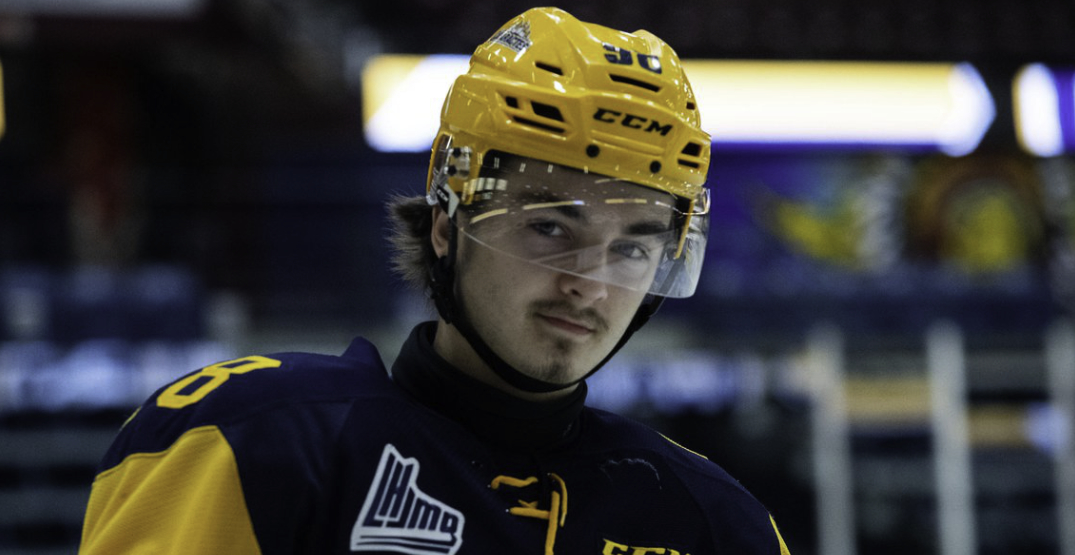 The calendar has turned to December.

For many hockey fans, that’ll signal turning attention to the World Juniors.

And for those fans of the Edmonton Oilers, there’s reason to get excited both at the National Hockey League and international level. There’ll be a few extra reasons this holiday season to keep tabs on Rogers Place.

Oilers fans can track a few candidates who have a chance to skate at the Edmonton rink in Red Deer too, as part of this year’s World Juniors beginning Boxing Day.

T’is the season, after all.

Xavier Bourgault hasn’t quite cracked Canada’s roster for the World Juniors, but he’s on his way. Bourgault was one of 21 forwards named to Canada’s National Junior Team Selection Camp roster on Wednesday.

It was a well-earned invite. Bourgault is sixth in Quebec Major Junior Hockey League scoring with 21 points (17G, 16A) in 21 games after amassing 40 points (20G, 20A) in 29 games in his draft-eligible season a year ago. He does have some experience in the past with Hockey Canada as well, at the World Under-17 Challenge three years ago.

Luca Munzenberger is one of three defencemen eligible to return from Germany’s 2021 entry last winter, and the University of Vermont rearguard should take on a leadership role as a former captain for Kölner Junghaie one season ago.

It’ll be one of the elements Munzenberger contributes, along with his minute-munching, steady presence on the blue line for a German team that finished sixth last year, ahead of the Czech Republic and Slovakia.

Matvei Petrov, the biggest dark horse among the Oilers trio to potentially participate in the tournament, is off to a torrid start to his season. He’s third in team scoring and sixth overall in the Ontario Hockey League this season, his first in the league and first in North America. He had 42 points (22G, 20A) in 58 games for Krylia Sovetov Moskva in the MHL prior to the Oilers thieving him in the sixth round of the draft.

Petrov doesn’t have a thick resume representing Russia on the world stage, but did suit up at the 2021 IIHF World Under-18 Championship last spring. Russia won silver at the tournament.

Petrov really had them all confused 😵‍💫 pic.twitter.com/NbIeJlFgnT

Though Bourgault was named to Canada’s selection camp roster, Carter Savoie wasn’t. Savoie is 13th overall in NCAA Div 1 scoring this season with 19 points (11G, 8A) in just 12 games. Only one player in men’s collegiate hockey has a higher points-per-game average than Savoie’s 1.58 mark. His only tenure with Hockey Canada came at the World Junior A Challenge two seasons ago as a member of Canada West.

Make it a hat trick for Carter Savoie! pic.twitter.com/o4AKTcQinK

Ty Tullio, tied for 10th in OHL scoring with the Oshawa Generals with 28 points (6G, 22A), also missed the cut in Canada’s camp. Only three OHLers have more helpers than Tullio this campaign.