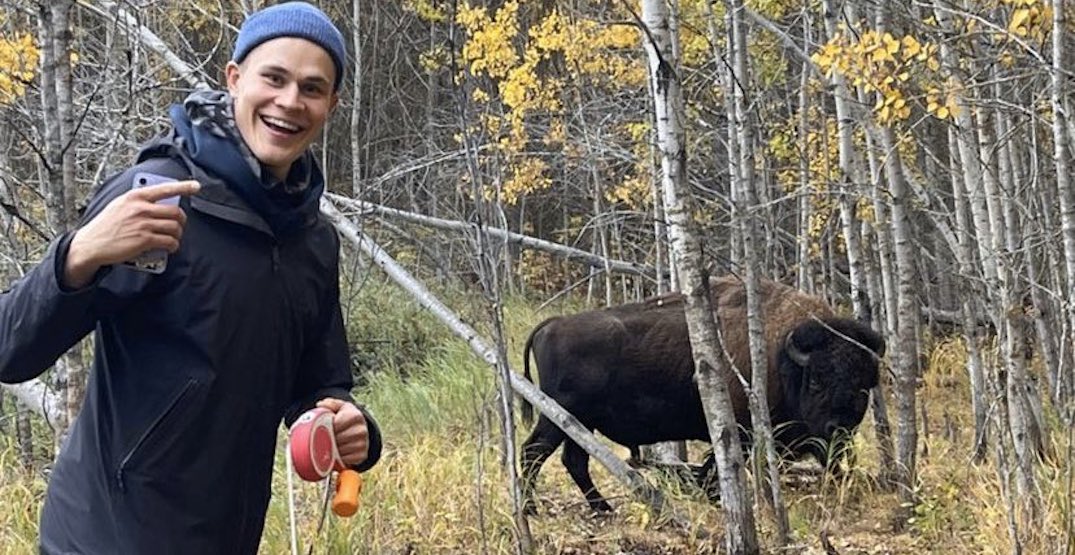 The Bison King is a business man.

Edmonton Oilers winger Jesse Puljujarvi has reportedly filed a trademark application for “BISON KING,” a nickname he picked up earlier this season.

Jesse Puljujarvi has filed a trademark application for:

The Oilers RW — who intends to use it to create athletic apparel — took on the nickname earlier this year after a photo of him on social media with an actual bison went viral.

The Edmonton Oilers winger went viral in early October after posting a photo of his close encounter with the animal at Elk Island National Park, as well as his response when asked about it.

“We went there and went a little walk there; the bison was like 10 metres there,” Puljujarvi told reporters. “I take a couple pictures with bison. It was funny. The bison was kind, nice bison.”

Puljujarvi on Bison he saw a couple of days ago:

Puljujarvi has taken it in good humour, dressing up as a bison, complete with crown, for Halloween.

It could be good business, too.

The patent, filed November 15 to the United States Patent and Trademark Office, is for use of “BISON KING” on athletic apparel, including shirts, hats, and jackets, among other items.

The filing was made after @Jpuljujarvi went viral for posting a picture of himself way too close to a real live bison.#BisonKing#Oilers #EdmontonOilers #Edmonton pic.twitter.com/Q54TSIE3OY

Puljujuarvi is having breakout season with the Oilers. He is fifth in team scoring and is well on his way to establishing new career highs in goals, assists, and points despite being only a quarter of the way through the season.