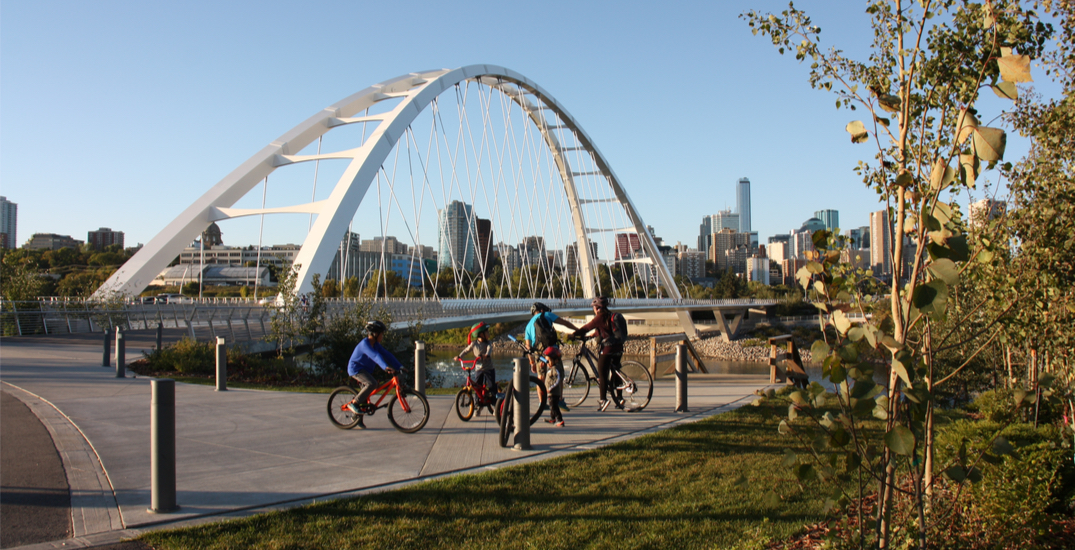 Edmonton has been named one of the best major cycling cities in all of North America, courtesy of a new ranking from PeopleForBikes.

Edmonton comes in as the seventh-best large city in the rankings and 56th out of 1,105 cities in the overall rankings.

Edmonton scored highest in the retail category, followed by recreation and opportunity.

An interactive map courtesy of PeopleForBikes shows high-stress and low-stress areas for bicycling in Edmonton and can be found right here.