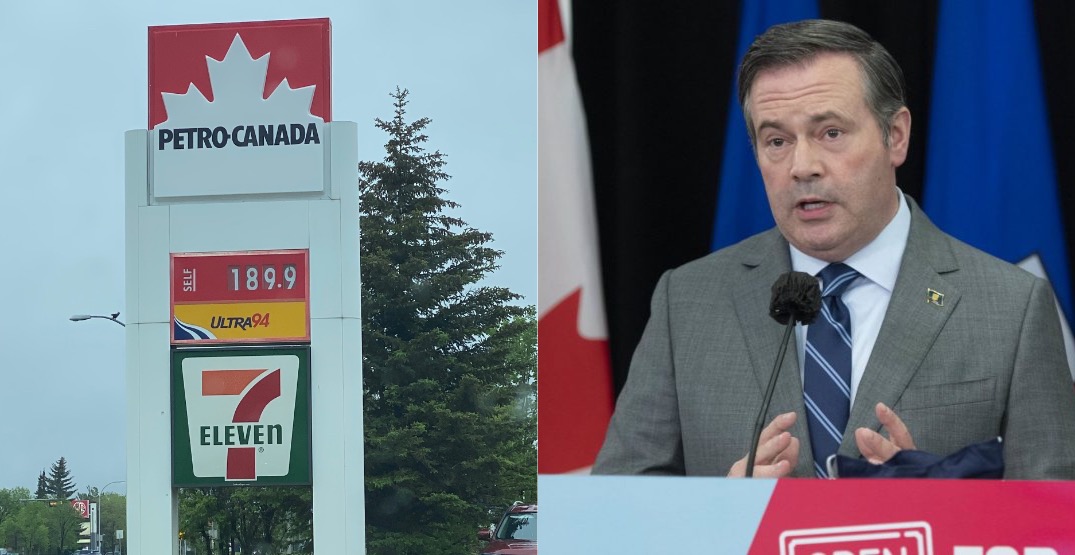 The Alberta government has announced it will continue to remove its provincial fuel tax to help ease record-high gas prices.

The 13-cent reduction at the pump came into effect on April 1. Since then, the price at the pump in Alberta has shot up between 30 and 40 cents per litre.

The government committed to evaluating the program quarterly and reinstating it in stages only if the average price of West Texas Intermediate (WTI) crude oil fell below $90 per barrel. For the four-week period ending June 15, WTI averaged $115.88 per barrel.

The government says it will re-evaluate the program in September.

“We’re helping Albertans save money through the fuel tax relief program at a time of need. While fuel prices have continued to increase nationwide, Albertans still pay considerably less than their provincial neighbours. We’re pleased to extend this important relief measure until the end of September,” said Premier Jason Kenney.

The province says it will continue to call on Ottawa to consider similar consumer relief measures.

If the Government of Canada paused the collection of both the federal carbon tax and the federal fuel tax while the price of WTI oil remained above $90 per barrel, drivers would save almost $22 more on every 100 litres of gasoline, according to the government of Alberta.

Earlier this month the Alberta NDP called on the UCP to continue the gas tax removal past its July 1 re-evaluation date.