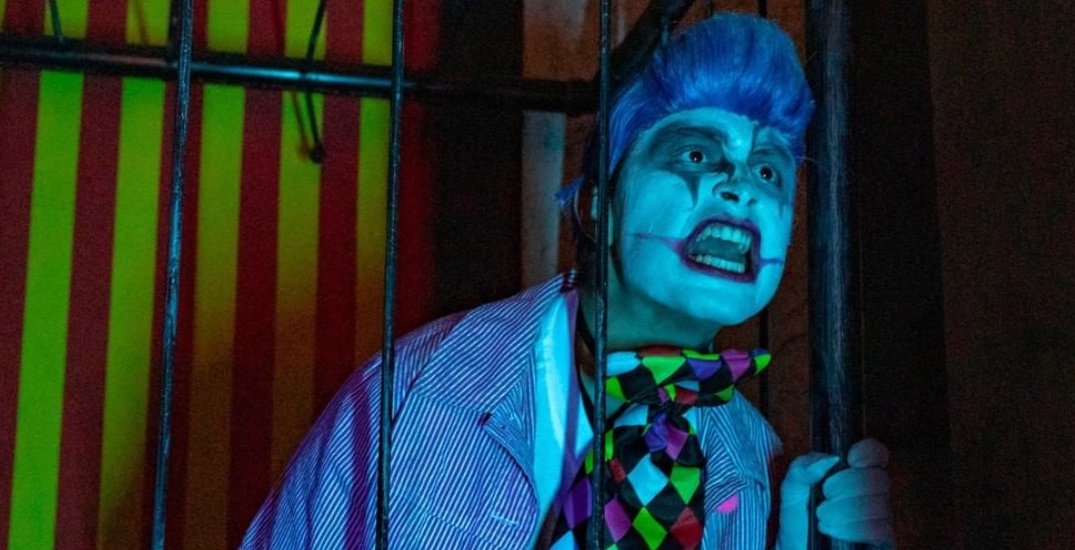 A bone-chilling event is returning to Fort Edmonton Park this fall, with three immersive haunting experiences to be enjoyed.

For 13 nights in October, DARK will take over Fort Edmonton Park with spooky characters, like a killer clown and his evil minions, or blood-thirsty killers in the deserted countryside.

DARK’s opening night is October 7, and its final night is Halloween night.

Tickets are $45 and can be purchased here.

Here’s the breakdown of each of the spooky haunted experiences, according to Fort Edmonton Park:

Under the Big Top

All is not as it seems in the Big Top Tent on the Midway. What was supposed to be a magical night at the circus quickly turns into a nightmare. A killer clown and his sinister minions take control of the circus and find amusement in tearing their audience apart and then sewing the bodies back together. Will you be forced to run away and join this circus?

Two years ago, a fungal parasite outbreak occurred at Core Industries, gruesomely mutating and controlling the workers. The lab has been sealed shut ever since, locking those left behind inside to suffer an unimaginable fate. You are assigned to join a special operative team and head inside for the first time since the outbreak to assess the carnage and retrieve a sample of the fungus. We’re confident that enough time has gone by to curb the infection inside, but your instant dread tells you otherwise.

It’s Halloween night, and you’re driving home through an eerie countryside shortcut when your car breaks down. Luckily, you see a house with a light on at the end of the road decorated with scarecrows for Halloween. Unluckily for you, this family, after a desperately bleak farming year, made a deal with the devil to ensure their next harvest would be a success. In exchange for better crops, the demon took their souls, twisted them into bloodthirsty shadows of their former selves, and condemned them to harvest victims’ blood to water their crops.

The event starts at 7 pm, with gates opening at 6 pm and closing at 11 pm.

Entrance to each of the haunts is first come, first served, so be sure to arrive early to catch each haunt at your own pace.