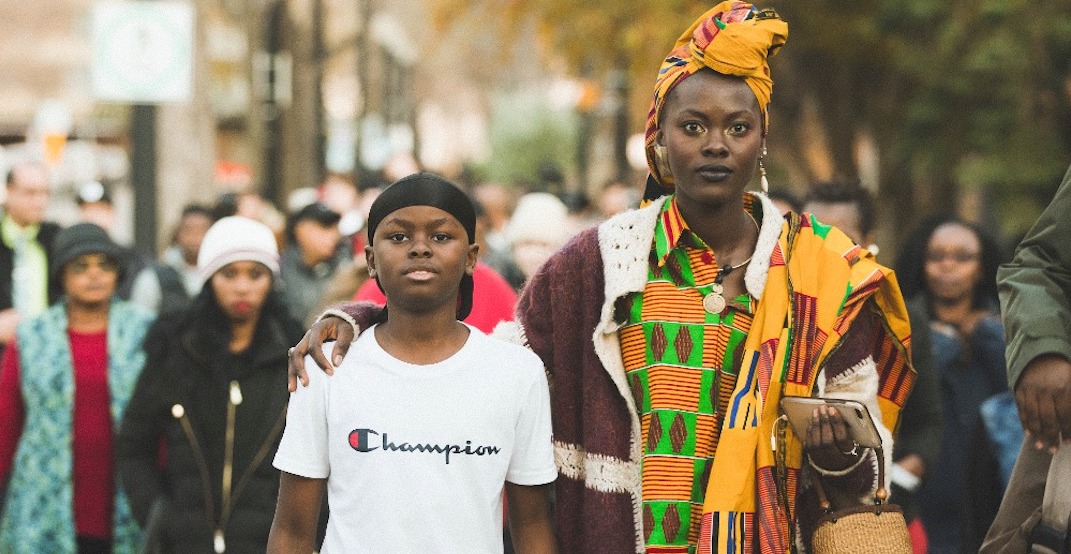 The Edmonton Catholic School Board has promised to reevaluate their headwear policy after months of protest from the community.

The school board said they will be evaluating the policy related to durags, after Emmell, an 11-year-old Black student at Christ the King school in Edmonton, wore one to school in September and was asked by his teacher to remove it because of its supposed “gang affiliations.”

Emmell’s mother, Una Momolu, has gone back and forth with the school board to address the “racism” and “discrimination” against her son, as well as a ban from the school that was placed against her in the months since the incident in September.

In the meeting, the school board agreed to lift the ban placed on Una as well as conducting a review of school dress codes.

“We are happy to inform Ms. Momolu that this fall, the Board’s ‘Student Voice’ committee began a review of school dress codes,” said the school board in a written statement sent to Daily Hive.

“The ‘Student Voice’ committee is a committee of the board and its membership and role is set out in Board Policy 20. The Committee has been meeting since the beginning of this school year and will be coming forward with their recommendations in terms of how to address student dress codes within the Division.”

Una was also given the opportunity to speak at the school board trustee meeting that took place yesterday, to tell the story of the discrimination she and her son experienced in the past few months.

In an update to a Facebook page created after the initial incident, Una says the school board has yet to provide her with a “sincere” apology.

“Instead, they read a condescending statement that deflects blame and does not take ownership of the initial incident of racial profiling, continued depiction of me as an angry Black woman, their refusal to include community members in our meetings, or their legal threats to silence our supporters,” said Una in the Facebook post.

Una says the situation goes beyond just her and her son.

“We want to make sure that this never happens to another Black, Indigenous, or racialized child in our schools again. A sincere apology would acknowledge that systemic racism exists in our school systems, and only from there can we prevent these incidents from happening in the future,” Una said in the post.

The school board says they “read the following apology” to Ms. Momolu at the meeting:

We trust that Ms. Momolu understands and appreciates that it has never been our desire that this matter escalate to the point we are at today. We would also like Ms. Momolu to know that when she first raised concerns, the Division undertook a full investigation of this matter which included speaking to the staff members directly involved.  We always took the statements she made in public seriously, and her perspective was always an opportunity to reflect upon what had occurred.

Based upon our conversations with staff, we can assure Ms. Momolu that it was never their intention to racially profile her son nor to imply that he was a gang member because he was wearing a durag.

Furthermore, based upon our knowledge of the staff members directly involved, we have never seen any indication of any kind over their many years of service that would indicate that they are anything but inclusive and welcoming to all students.

When we previously apologized publicly for using the word ‘gang,’ we had hoped to convey to Ms. Momolu and her son that there was no intent to connect her son’s race or his choice to wear a durag with his membership in a gang; the intention was only to inform Ms. Momolu and her son of a community reality which may have put her son at risk.

We are sorry that throughout this matter, she interpreted our intentions differently and that our conduct was racially motivated; that is simply not who we are. We sincerely wish that we can move forward from this matter, and that she and her son’s journey with the Edmonton Catholic Schools’ family will continue at the new Catholic school her son is attending.

According to School Board representative Lori Nagy, in addition to the school board’s efforts, the Minister of Education confirmed that “additional efforts will be pursued on a provincial level to explore cultural awareness competencies within the scope of the Ministry’s legislative mandate to provide a welcoming, caring, respectful and safe learning environment that respects diversity and fosters a sense of belonging to all students and staff.”

The minister did not respond to a request to comment by the time of publication.

The school board says they have agreed to continue to work towards a resolution of Una’s remaining concerns through a third-party mediator at a further meeting which will occur in the near future.

Una is appealing to the public to stay involved with the efforts to get the school board to issue a “sincere apology,” and plans to attend the next trustee meeting on January 28.