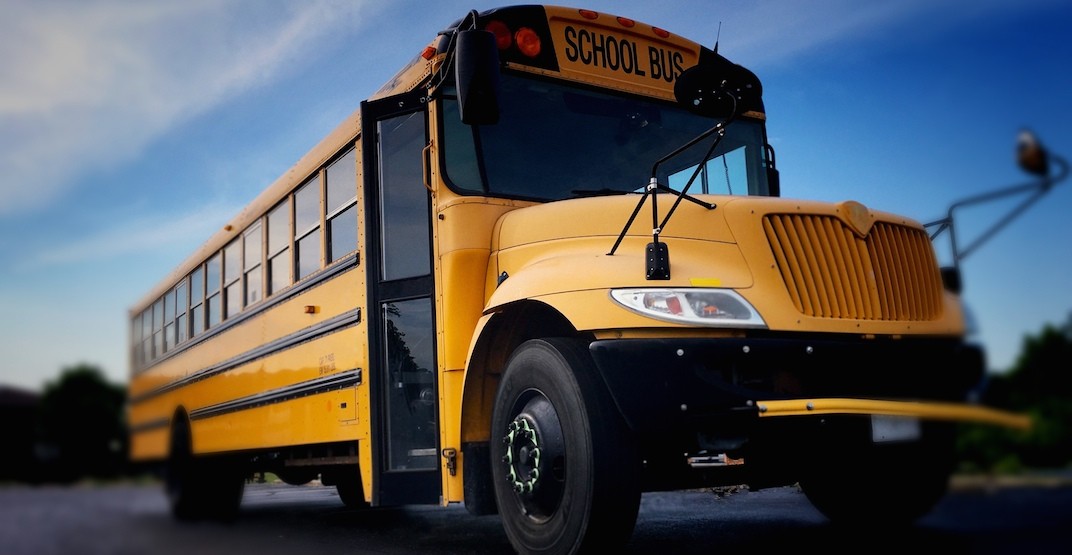 A school bus driver was arrested by RCMP in Spruce Grove, Alberta for “impaired operation” on Monday.

According to police, on December 16, 2019, at around 3:11 pm, Parkland RCMP were dispatched to Graminia School, a Kindergarten to Grade 9 school located southeast of Spruce Grove.

School staff reportedly identified a safety concern involving one of the bus drivers, and the driver was removed prior to the scheduled bus departure time.

Police say some students were on the bus when the driver was removed.

A 46-year-old female from Spruce Grove was then arrested for impaired operation.

Shauna Boyce, Superintendent, Parkland School Division addressed the incident in a letter to parents, given that the incident caused a delay in the school’s bus route.

“The delay was caused because a replacement driver had to make their way to Graminia School to complete the scheduled bus run and return students home safely,” said the letter.

“The driver was removed from the route immediately and has been suspended indefinitely by the bus contractor, pending an investigation. Parkland School Division’s Transportation Services and Graminia School staff continue to cooperate with local authorities, who were notified as soon as the safety concern was reported.”

A replacement driver was to be assigned to the bus route beginning Tuesday, December 17, 2019.

According to police, the investigation is ongoing and charges are pending.

Police are asking anyone with information to contact the Parkland RCMP.

Spruce Grove is about 40 minutes outside of Edmonton.