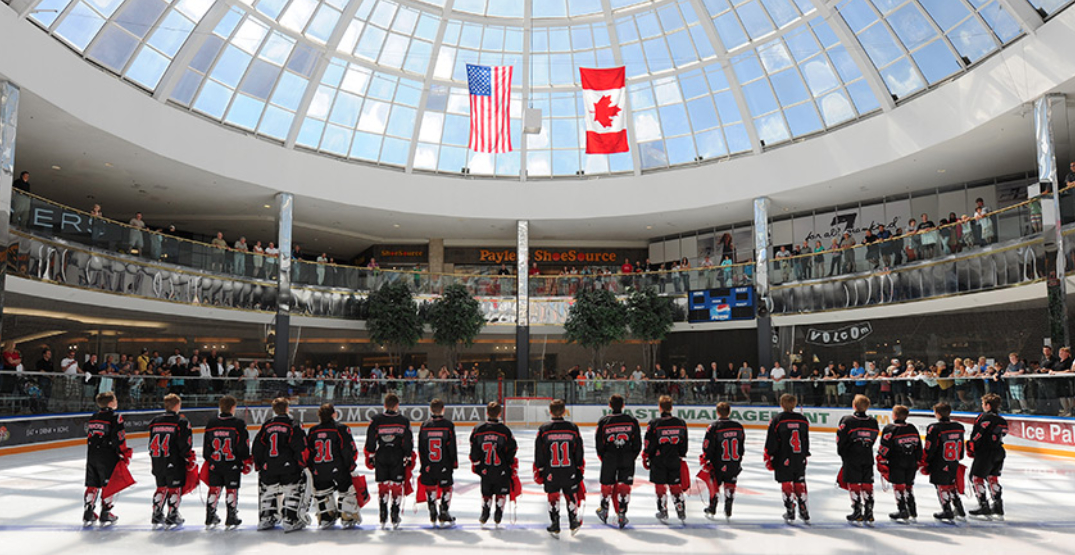 The Brick is back.

The Brick Invitational Hockey Tournament is returning from a two-year hiatus caused by the COVID-19 pandemic with an expanded format that’ll feature multiple age groups for the first time ever.

“We could not be happier to be returning to the ice this summer at the West Edmonton Mall Ice Palace to once again provide these young athletes and their families with an unparalleled experience, showcasing some of the best 10- and 11-year-old hockey players from across North America,” said Craig Styles, Tournament Chairman, in a statement.

“We can’t wait to welcome our 14 returning teams in both tournaments and award The Brick Cup to new champions after our two-year hiatus.”

The tournament, founded in 1990 by Bill Comrie, historically has been for players aged 10 and younger.

Twenty-eight teams from across North America will compete in this year’s tournament.

“When planning for this year’s edition, it was an obvious decision for us to create a second tournament for the players who missed out on last year and we can’t thank our partners, sponsors and volunteers enough for their efforts in making this happen,” Styles said.

The Brick Invitational is one of the premier minor hockey tournaments in the world, with hundreds of tournament players eventually graduating to the junior, university, university, and professional ranks.