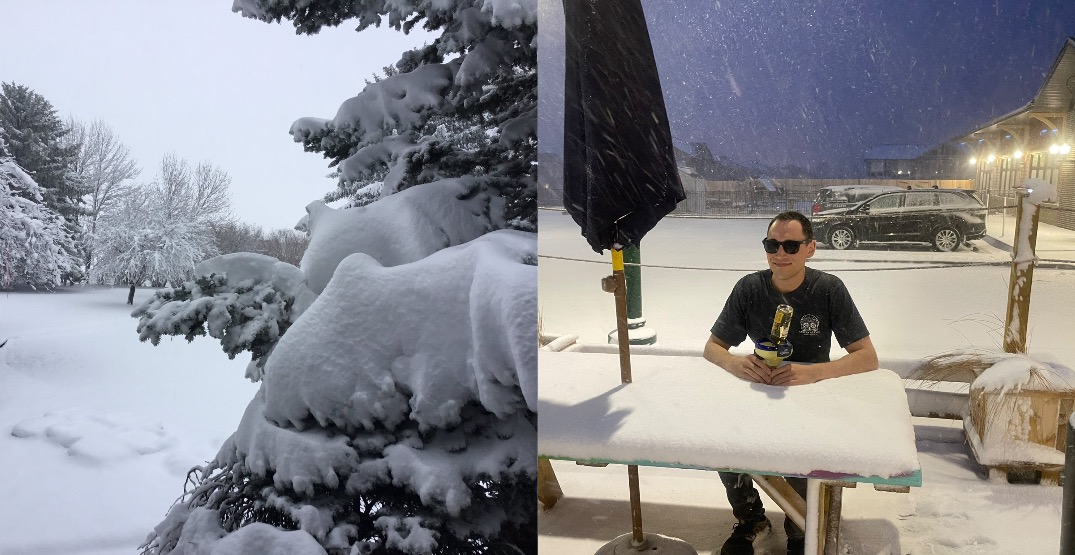 If you thought spring had sprung in Alberta, geez, were you wrong.

Yesterday, a storm dropped more than 30cm of snow in parts of the province. Don’t you just love April?

Environment Canada issued snowfall warnings for numerous parts of the province, including Edmonton and Calgary. And from the looks of it, it seems like Calgary got walloped much worse than Edmonton did.

Albertans posting their snowy backyards and city streets claimed that more than 30 centimetres of snow fell in their areas, with Environment Canada warning of up to 25 centimetres falling in some areas.

The Calgary International Airport has reported that 22 centimetres had fallen since 10 pm Tuesday.

We hope with warmer temperatures on the way this weekend; the snow dumped during this spring storm melts away quickly.

our kind of spring #yeg pic.twitter.com/r7yI74WpWy

“With 22.3cm of snow, yesterday was #Calgary‘s snowiest day in more than two years, since Sep 29th, 2019,” wrote one Calgary weather records account.

Hard to believe that less than 12 hours ago we didn’t have any snow… and it is still snowing 🌨️❄️ #abstorm pic.twitter.com/FRhPBqjU6D

There has been approximately 22 cm of snow since Tue 10:00 at “Calgary Int’l Airport” #ABStorm

Citadel at around 5PM . Shovelled then another 6-8 inches 2 hours later. I gave up shovelling #abstorm pic.twitter.com/kDLLdydIn5