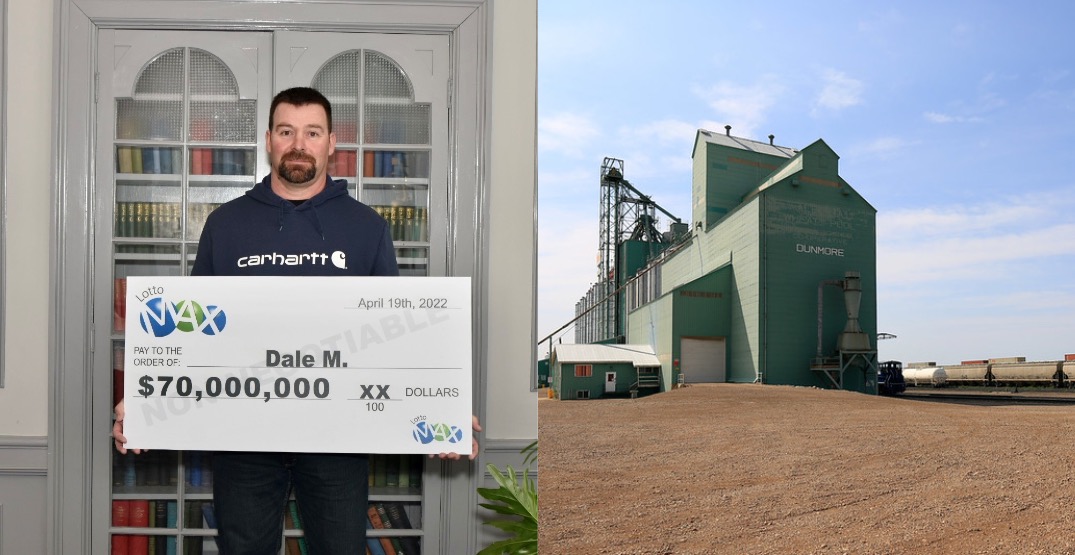 Big things do happen in rural areas, and a $70 million Lotto Max winning ticket sold in an Alberta hamlet of a little over 1,000 residents is proof of that.

The Western Canada Lottery Corporation (WCLC) announced Tuesday that the winning ticket was sold in Dunmore, Alberta when Regina resident Dale McEwen and his family stopped at the South Country Co-op Gas Bar during a road trip.

According to the 2021 Census of Population, Dunmore has a population of just 1,088 people. Kind of wild such a massive lotto win was sold by a gas station in such a small town!

The hamlet is located within Cypress County in southern Alberta and is less than three kilometres outside of Medicine Hat’s city limits.

“Ski trip ruined!” he laughed while claiming the prize earlier this month. “Basically, all we’ve been doing since we found out is figuring out what we will do now.”

McEwen said he and his family have been making plans for their windfall, mainly to help out family and travel, but are still working through exactly what to do with their newfound wealth.

The $70 million Lotto Max jackpot is the largest winning ticket sold by an Alberta retailer by a margin of $5 million. So next time you find yourself in a small hamlet in Alberta, it might be good luck to buy a Lotto Max ticket while there!