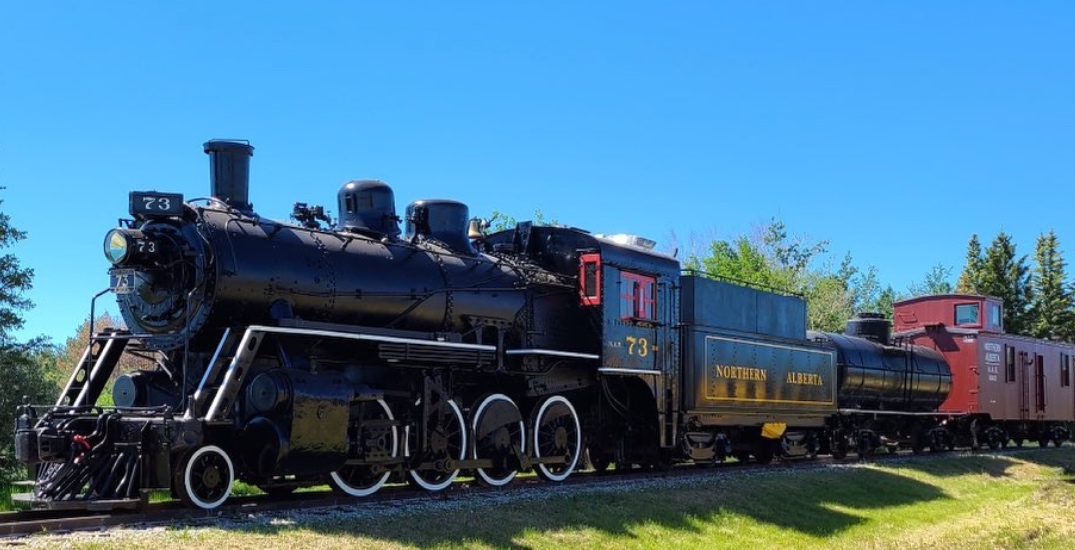 All aboard! A railway museum in Edmonton is pulling into the station, opening its doors for the first time this season over the August long weekend.

The Alberta Railway Museum is a rustic outdoor display of railway equipment and buildings, replicating a small terminal with a station, water tank and shops to check out.

It’s the largest railway museum in the province, and the third largest in all of Canada, featuring more than 75 cars and locomotives, archives of railway history and rides on vintage trains and speeders.

The train station itself was built in 1909 at Mile 5 of the Sangudo Subdivision, and moved onto the museum grounds in 1973.

The museum opens its doors on Saturday, July 31, and will operate on weekends only until the Labour Day long weekend.

Locomotives and trains run only on long weekends and at the top of every hour from 11 am to 4 pm.

When: July 31 until Labour Day long weekend, 10 am to 5 pm
Where: 24215 34 Street NW, Edmonton
Tickets: Tickets for admission can be purchased at the museum