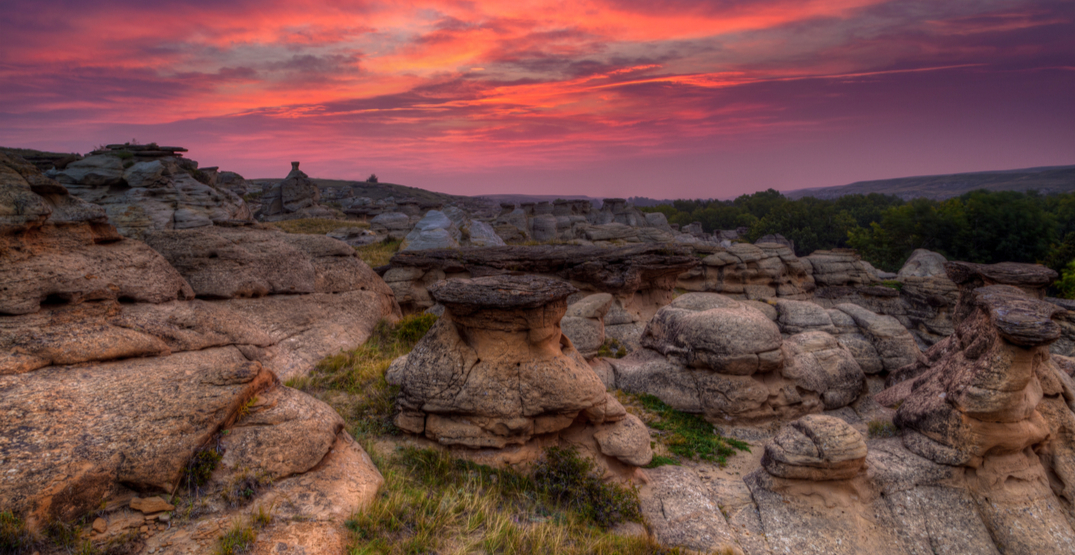 Alberta is gifted with an abundance of natural beauty, and we’ve rounded up nine incredible natural wonders to check out in Alberta.

From a massive rockslide that changed a landscape forever to gorgeous spots nestled in the Rockies, hit the road to check out these natural wonders of Alberta.

It’s a gem of Jasper National Park; Mount Edith Cavell will wow you with its stunning beauty and awesome views of the mountain and Angel Glacier. It’s a true natural wonder, with the mountain face having sciffs of snow for most of the year.

Situated in Crowsnest Pass, Frank Slide is a jaw-dropping scene and the result of a massive rockslide off Turtle Mountain during the early morning hours of April 29, 1903. More than 90 people were killed in the town of Frank when the wall of rock came crashing into the eastern side of the town. Today more than 100,000 visitors pass through the area and visit the interpretive centre to learn more about the slide.

This UNESCO World Heritage Site is just two hours east of Calgary and transports you back to prehistoric times. Dinosaur Provincial Park has striking badlands and is overflowing with fossils to be discovered. It’s a neat spot to escape to a landscape that makes you feel like there is no way you are still in the country, let alone Alberta.

About 100 kilometres southeast of Lethbridge, the Writing-On-Stone Provincial Park holds the greatest concentration of rock art on the North American Great Plains. Hoodoos are also scattered throughout the park’s coulee and prairie landscape.

This area contains part of Alberta’s largest active sand dune system, nestled in the Maybelle River Wildland Park, 200 kilometres north of Fort McMurray. It features 12-metre tall sand dunes and 60 metre high kames, among the world’s largest. It’s a sandy wonder that can’t be found on this scale anywhere else in Alberta.

Stunning blue water and towering mountains? Post a photo of yourself visiting this spot in Banff National Park, and you are guaranteed to have people asking where the heck that is. Lake Louise is world-famous for its turquoise water, which you can rent a canoe and go paddling on. (We highly suggest doing so.) It’s a rare place that must be visited. 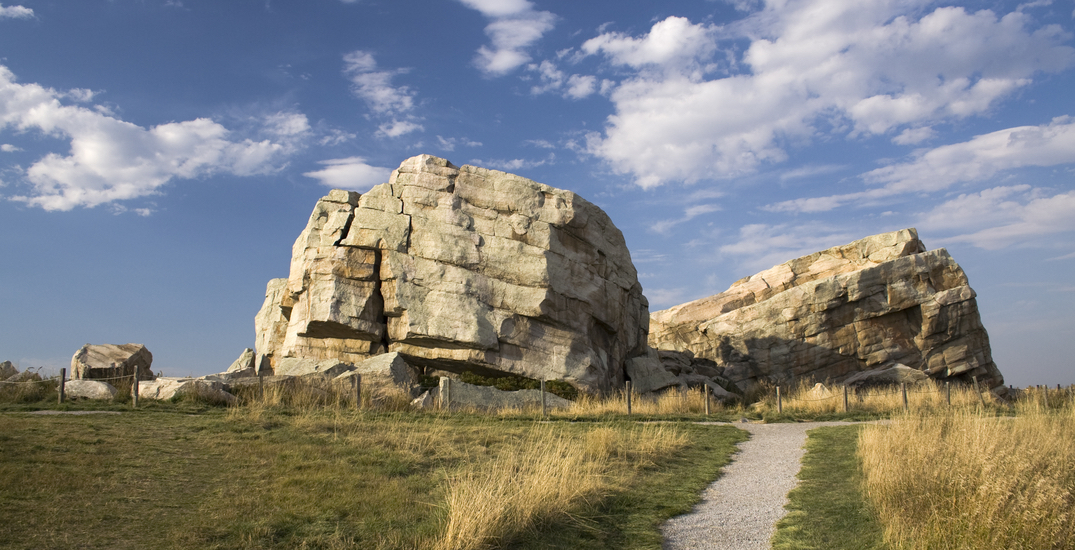 Standing out against its prairie surroundings, this massive rock is thought to have been left behind when the glaciers retreated. It weighs more than 18,000 tons and is broken into two pieces. It can be found west of the city of Okotoks.

This artificial lake on the North Saskatchewan River west of Nordegg creates the most stunning views in the winter, with ice bubbles forming on the lake, allowing for them to look like they are floating in the blue colour of the water due to runoff from the Rocky Mountains. It’s stunning and makes for the best Instagram photos. You can grab your skates and make a TikTok gliding on the icy, bubbly surface. It’s a natural wonder that comes each year in Alberta.

Stunning year-round, Crescent Falls is just outside of Nordegg and can be hit while you are on your way out to Abraham Lake! The cascading fall itself is stunning, and a short 2.5-kilometre trail whisks you to the Bighorn Gorge Lookout for spectacular views of the falls and the Bighorn River Valley.