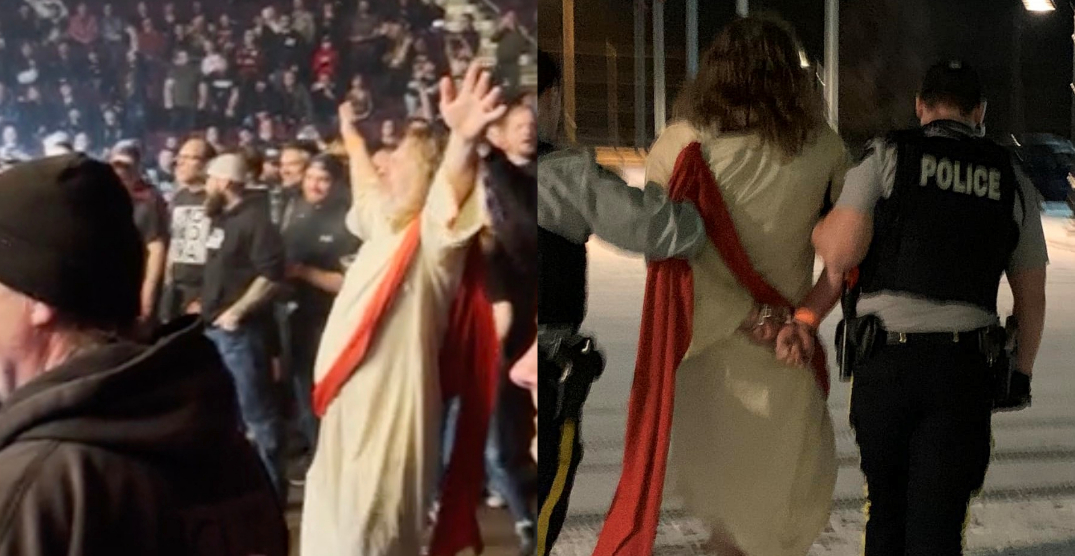 Before being arrested, a man dressed as Jesus Christ was moshing at a thrash metal concert in Penticton, BC.

A Reddit post from the Penticton subreddit has people talking about Christ, and not it’s not for religious reasons. One post from two days ago mentioned that Christ was moshing at the Anthrax, Black Label Society, and Exodus show in Penticton.

User spankymustard shared this video of Christ in action:

We would’ve expected someone dressed as Christ to show up at a Christian Rock concert or something, but we can’t argue with the man’s taste in music. Based on some of the comments, the BC concert was a good one before Christ got arrested.

“That was a great concert I saw him rockin’ in the mosh pit,” one Redditor said.

Someone else said, “He just had his birthday a few weeks ago…”

Jesus got arrested in Penticton at The Anthrax show, these cops aren’t on the list into heaven anymore 😂🤣😂🤣 #anthrax #blacklabelsociety #penticton pic.twitter.com/y48Zm9pPCg

There’s no indication of why he was arrested and Penticton RCMP hasn’t shared anything about the incident, but we’ve reached out for more information.