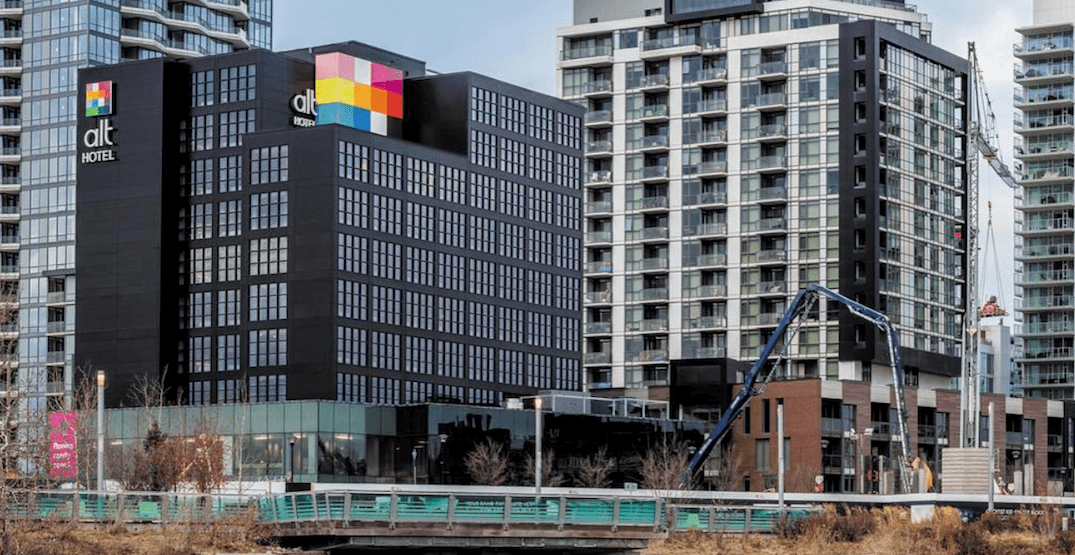 Quickly becoming one of the trendiest spots in the city, East Village has recently seen a revamp that included the construction of the National Music Centre, multiple pieces of public artwork, and the quirky East Village Junction.

To add to the excitement, Le Germain Hotels has opened an Alt Hotel right by the Bow River (and within a minute’s stroll to the popular Simmons Building), offering a suitably hip anchor point for a trip into one of Calgary’s most up-and-coming neighbourhoods. 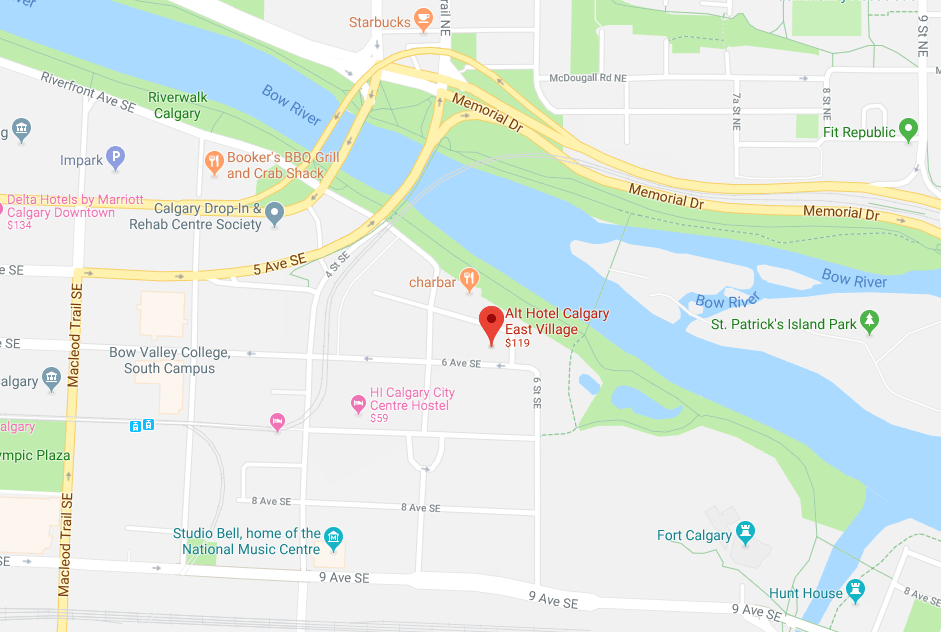 Opened at the end of 2018, Alt Hotel Calgary East Village features rooms starting at $119/night that are outfitted just how you’d expect digs in East Village to look.

Art-covered walls, wood paneling, interesting angles, and dark colours appear to be a theme for most of the hotel’s rooms. 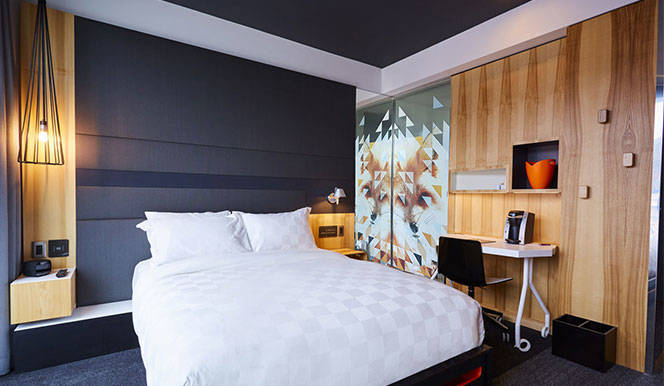 “A modern, bright room designed to cater to the needs of travellers,” the website states.

“Whether you’re in town on business or just for fun, it’s easy to get comfortable when everything you need is right there.” 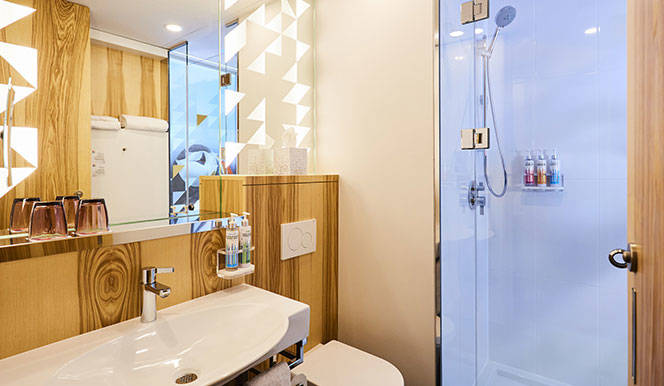 Just take a look at some pictures of the new hotel to get an idea of what just came to East Village: 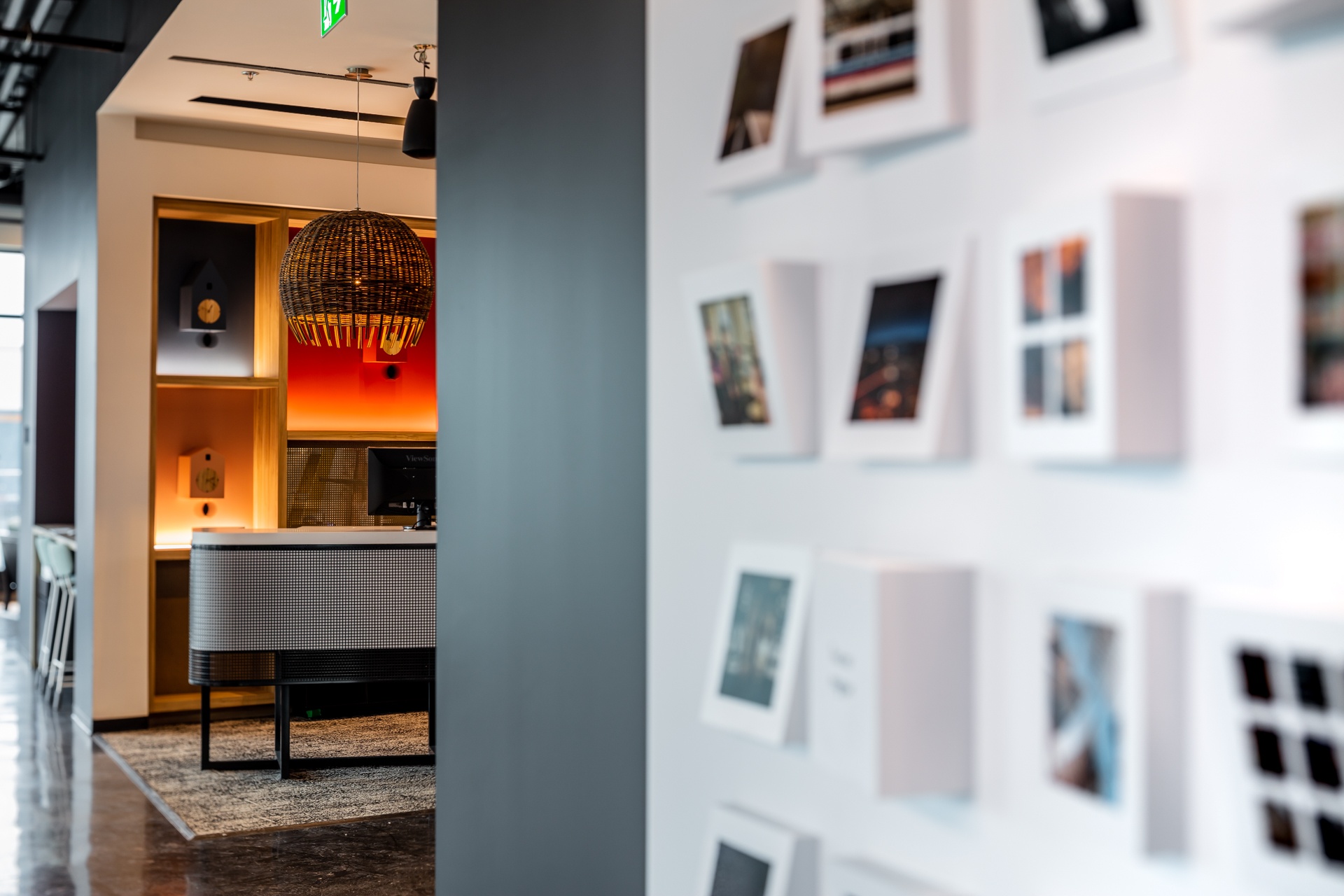 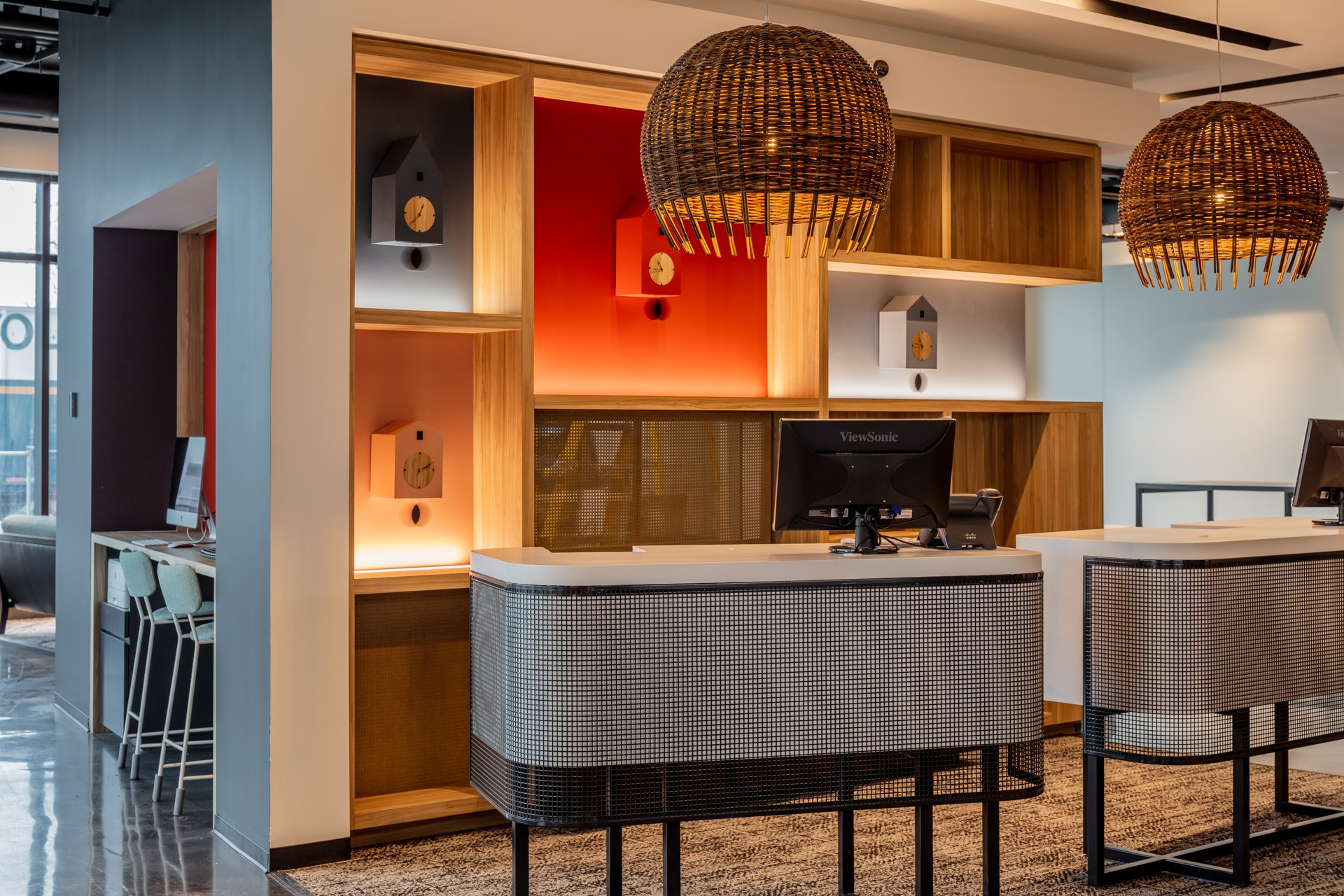 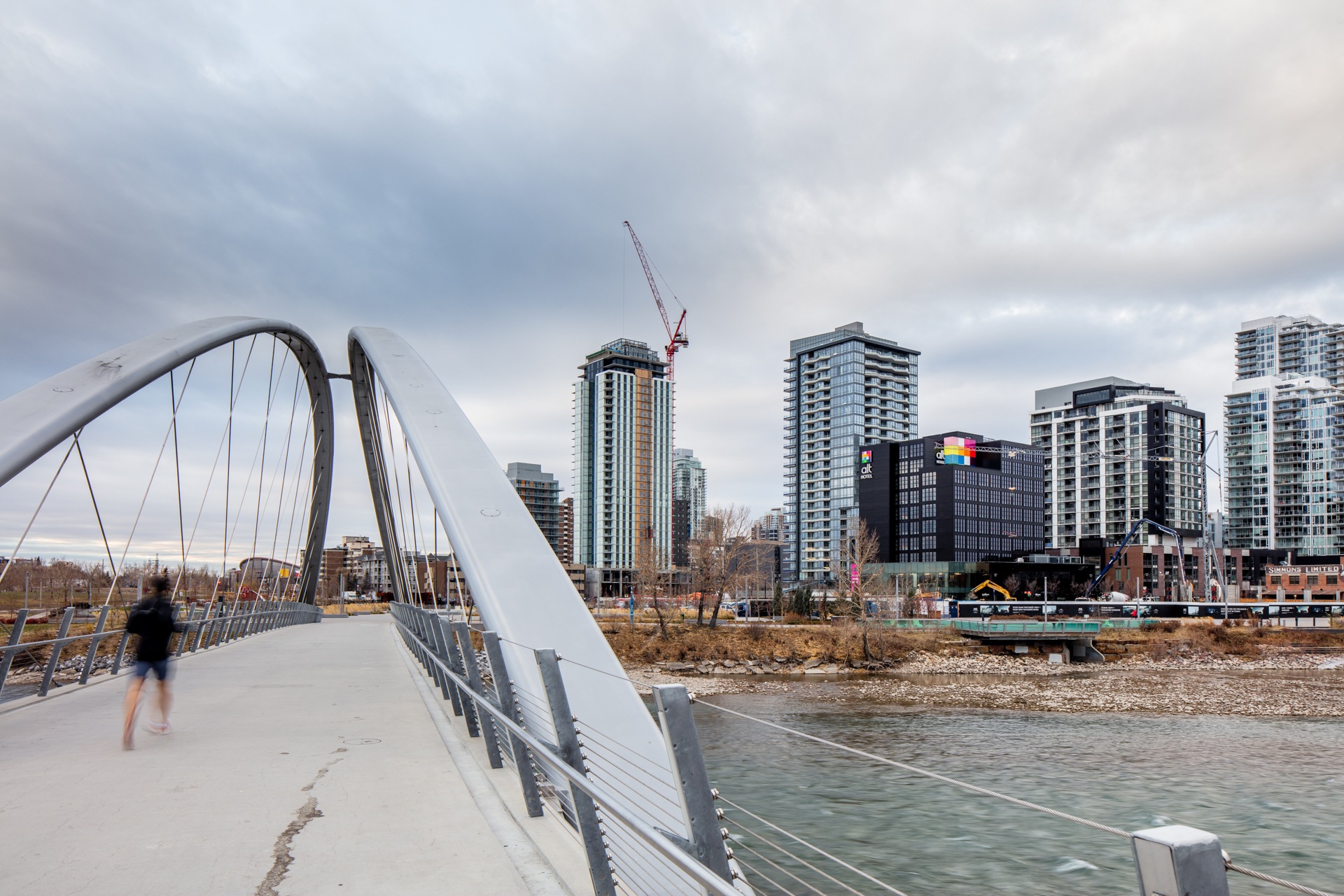