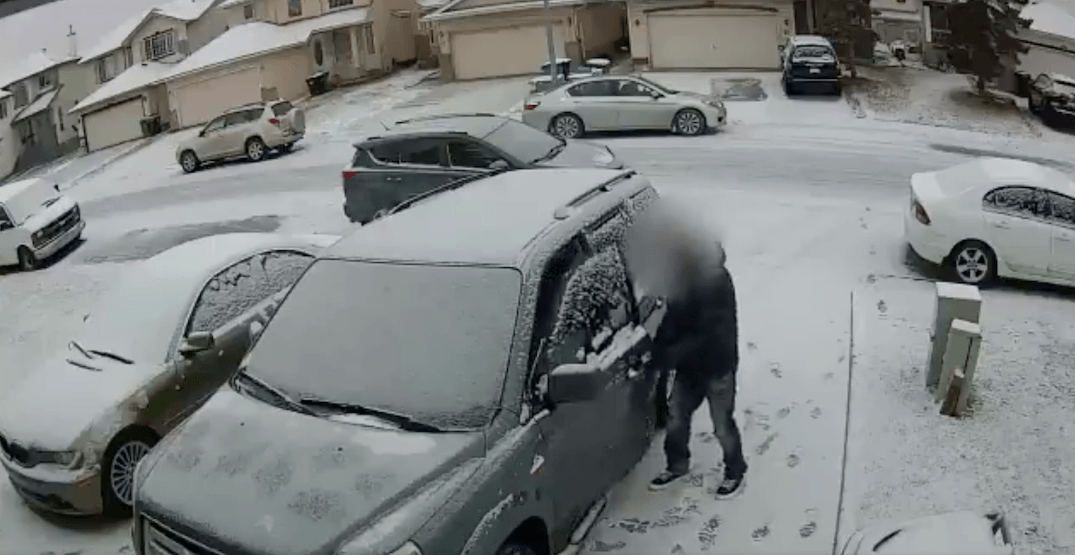 A thief was caught red-handed on camera while stealing a van from the driveway of a Calgary home.

The video shows the owner of the vehicle getting in and starting the van on a snowy morning, then leaving it unlocked and heading back inside.

A silver car appears to be surveilling the scene in the background, and a fast forward in the video shows that the car has turned itself around and a person approaching the van.

The suspect is shown getting into the van and driving it away, followed closely by the silver car.

Likely defrosting your vehicle in the morning? Don’t leave it running and unattended or this could be you! Five people in #Calgary learned the hard way this morning. #yyc pic.twitter.com/teOvqiwnub

The Calgary Police Service posted the video to Twitter on Wednesday, January 16, warning Calgarians against leaving their vehicles unlocked and running.

“Defrosting your vehicle in the morning? Don’t leave it running and unattended or this could be you!” the Tweet states.

It was also mentioned that a total of five Calgarians had their rides stolen the same way on Wednesday morning alone.

The Calgary Police Service stated in an additional tweet that the person in the video has since been arrested — thanks to the high-quality video surveillance — and that they are currently before the courts.

Calgarians are encouraged to lock their cars if they are planning to run them in the mornings, either with a second set of keys or a remote starter.